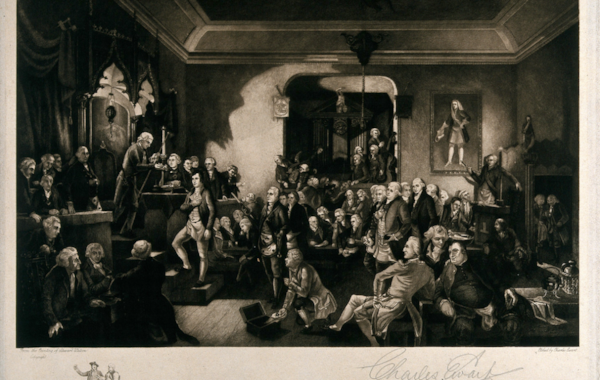 Do you have ancestors who were Freemasons? Try these websites to begin researching their lives

Do you have ancestors who were Freemasons? John Crawford reveals how to start tracing their lives.

Scottish freemasonry has its origins in the Stonemasons ‘Incorporations’ (the equivalent of English ‘Guilds’): organisations set up in the mid- to late 15th century to establish standards of competence, fix wages and regulate performances. Stonemasons tended to move round the country and developed a system of signs and ‘grips’ (handshakes) – the equivalent of today’s certificates, diplomas, references etc – so that potential employers would know immediately how competent and proficient they were at working in stone.

When a large stone edifice was being built, the stonemasons would be allocated a building nearby called a ‘Lodge’, where they could store their tools, test competence of apprentices and visiting craftsmen etc and over time stonemasons’ lodges began to admit men who weren’t stonemasons (the first in Scotland was in 1634).

Scotland has the earliest evidence of Lodges, Lodge records and minute books. Whereas in Scotland freemasonry appears to have grown out of the practices of working Stonemasons’ Lodges, it has been argued that it was in part at least ‘exported’ to England, possibly after James VI acceded the English throne as James I in 1603, with the first Lodges there being created by gentlemen for gentlemen.

Today, the Grand Lodges of Scotland, Ireland and England maintain websites (see below) that can help you in your searches.

4 websites for tracing Freemasons in your family history:

• The United Grand Lodge of England

• The Grand Lodge of Ireland

• The Grand Lodge of Scotland

• The Library and Museum of Freemasony (London)

On joining a Lodge every Freemason is issued with a certificate that records his name, the name of the Lodge and the date he joined. Lodges have distinct aprons that often also record the name of the Lodge – you may see them in ancestor photographs – and you may find medals (freemasons call them ‘jewels’) among your relative’s effects.

If you think your relative was a Freemason but don’t know the name and/or number of his Lodge then you can search the respective Grand Lodge website for Lodges in the area where he lived and get their contact details. But remember that if his father was also a Freemason, it was often customary for sons to join the same Lodge and that might be some distance away from his normal residence, especially if the family had moved around the country.

• You can read John Crawford's full article in the April 2019 issue of Family Tree magazine.