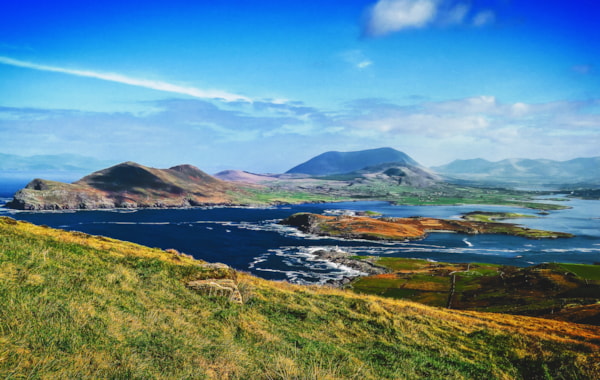 Are you one of the 70 million people alive today who can claim Irish ancestry? Helen Tovey, editor of Family Tree, presents ten top resources to help you research your roots back to the Emerald Isle.

Long-time family historians will know that many of the Irish census records have been destroyed and genealogical research in Ireland is traditionally regarded as a bit daunting. However, in recent years the growing collection of digitised records and useful websites means you can, with luck, make headway.

Here are ten tools to help you tackle the quest:

You’ve found you have Irish ancestors but where did they come from? Old Maps Online has beautifully digitised old maps to search, browse and zoom. At Irish Townlands you can work down from county to parish and townland, whilst at John Grenham you’ll find a range of clear useful maps showing boundaries.

The census is a gem of a genealogy source, listing people by household (ie showing all the people under one roof, with occupations, place of birth and more). For Ireland the census records that have survived the passage of time are the 1901 and 1911 Censuses available free here.

Partial census records for 1821 to 1851 survive too and can be found at FindMyPast.

In the absence of a complete run of census records for researching 19th-century ancestors in Ireland, genealogists look to substitute records, most notably Griffith’s Valuations. Taken between 1847 and 1864, this property valuation covering all of Ireland is useful as it covers all sectors of society, landowners and tenants. Find it in several places for free online, including here.

Civil registration records for Ireland began from 1845 for Non-Roman Catholic marriages and from 1864 for all denominations’ birth, marriage and death registrations. The Irish Genealogy website gives not only the index details but scanned copies of the full register pages.

Digital scans of Roman Catholic parish registers are freely available at NLI. Find the parish you need, and work through the register page by page or alternatively search the transcriptions at Ancestry or FindMyPast.

For Church of Ireland parish registers see the work in progress here.

About half of the Church of Ireland parish registers were destroyed in the Four Courts fire in 1922. To see a list of surviving registers, search the directory on the COI website.

For Calendars of wills 1858-1917 for all Ireland (or up to 1920 for the Republic of Ireland) can be searched here. See also wills calendars for Belfast, Armagh and Londonderry here.

If you’re tracing family who left Ireland then passenger lists can be useful – both those recording departures from Ireland and for arrivals too. The National Archives and Records Federation Irish Famine records span 12 January 1846 to 31 December 1851, and list more than 600,000 people arriving at the port of New York during this period, 70 percent of whom list Ireland as their native country. Read about the records here and search them at TheGenealogist, FindMyPast and Ancestry.

To make sense of your ancestors’ lives in Ireland it’s essential to learn about the wider history. As it was only following the Irish War of Independence that the country was divided into the Republic of Ireland and Northern Ireland, before 1922 you will find that many of the record collections you search will not be split north and south.

Typically nine out of ten people in Ireland have been Roman Catholic – particularly for the era in which you’ll be tracing your family history. This will have an impact on where you find your ancestors in the parish registers and whether you’ll find them listed as voters in electoral registers.

The Potato Famine (1845-49) occurred 170 years ago yet its consequences reach down to us today. Prior to the famine, Ireland’s population was about 8 million but during those few years of crop failure a minimum of 1 million were to die and a further 2 million would leave the shores of their homeland in search of new lives in the decade following 1845.

Perhaps your ancestor was among them, and maybe this is the reason you count yourself part of the Irish diaspora to this day.

Explore your family history from anywhere in the world with Family Tree magazine digital edition.