Because of the mass mobilisations in the World Wars most people conducting family research will discover a soldier in their family tree. But it is often common to find one at some point even further back. When you do come across a former service person, what is the next step to understand more about their life and service?

Finding a former service person in your family tree can be exciting, but possibly also a little bit confusing. It is hard to know where to go to find out more, and often army records are filled with strange terms or abbreviations. The British Army itself is a huge and complex organisation that has changed continuously throughout its 350-year history. Thankfully, the National Army Museum’s Templer Study Centre (TSC) is available to help.

What military records are useful for family history research?

The Army loves to create paperwork, and records go back to the time of Civil Wars, but you really need to know what is useful to your research. The first thing to look for is a ‘service record’, which is an official document detailing your ancestor’s career with the Army.  Depending when your ancestor served will determine where to find this.

Soldiers who served before 1920, including during the First World War will have their records kept at the National Archives at Kew, although regrettably some were destroyed by fire in the Second World War and no longer survive. If you ancestor was killed during the war, the Commonwealth War Graves will have details of their death and burial.

You should also try to track them down on medal rolls – most former soldiers would have qualified for campaign medals and these details would be recorded. When you don’t know the unit in which they served, medal rolls can help to determine a short list of possible regiments by cross-checking deployed units to that campaign.

When you know the regiment or battalion in which your ancestor served you should try to find the unit war diary (also at Kew), and this will help give a picture of the unit’s experiences in the war.

If your ancestor served after 1920 including in the Second World War, their records have not yet been publicly released and are still kept at the Army Personnel Centre at Glasgow. Although not publicly available, next of kin are entitled to request copies. It is estimated Second World War records will be released to the National Archives around 2024. 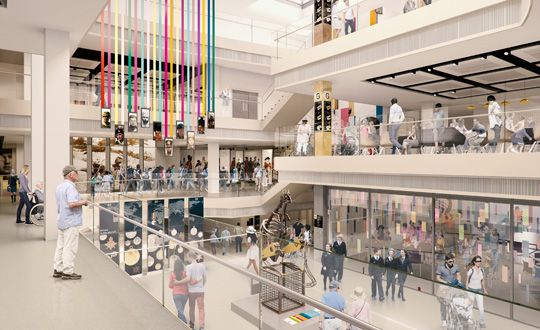 Once you have your ancestor’s service record, the next step is where the TSC comes in. National Army Museum staff can help you decipher confusing records and find references to give you an overview of any conflicts your ancestor fought it, and a history of their unit. We can also show you more about army life and help explain what their experiences may have been.

With over 100,000 archives, 55,000 books and 10,000 photographic collections the TSC holds not only an extensive collection of regimental histories covering the two World Wars, but also one of the largest collections of pre-1914 military history resources in the country.

Apart from regimental histories, the TSC contains a large range of military memoirs, from senior commanders to private soldiers, covering nearly all the major campaigns in which the British Army has fought – even if a memoir is not written by your own ancestor, it may have been someone in the same unit or campaign, and still help you understand your own ancestor’s experiences.

The TSC is also home to enlistment and discharge books for the Buffs, the Middlesex Regiment, and the five Irish regiments disbanded in 1922, and also holds the Soldier’s Effects Records that recorded monies paid to the named relatives of deceased soldiers.

If your ancestor was an officer, their career details were also published in the annual Army Lists, and the Templer Study Centre has a full set of these going back to the mid-18th century. Another highlight is the Hodson Index that contains genealogical, biographical and service information on approximately 70,000 men and women who served the British East India Company and the Government of India from the early eighteenth century until 1947 – this is invaluable if your ancestor was an officer in India.

The National Army Museum also produces research guides with information on further sources you might continue your research with, and holds quarterly identification sessions where you can bring records or objects from your ancestor’s service to show our curators and get further advice about them.

If you would like to know more about the collections of the National Army Museum, the Templer Study Centre and its services, or would like to make an enquiry, please send us an email and to find out more about what we offer, visit our website.