Yorkshire is the most 'British' county in the UK, new DNA research reveals 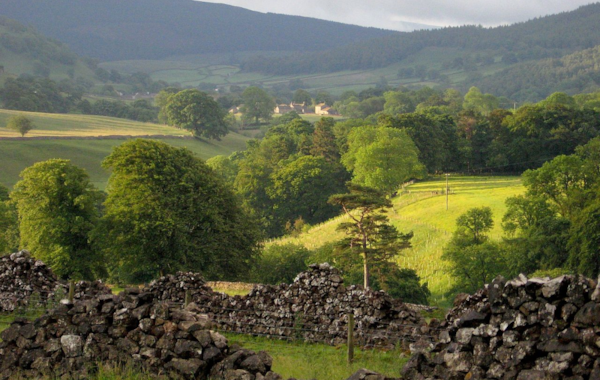 Yorkshire is the most 'British' county in the UK, new DNA research reveals

The county of Yorkshire is the most 'British' in the UK, new research from AncestryDNA has revealed, as the typical Brit is shown by their DNA to be 60 percent European.

The county of Yorkshire is the most 'British' in the UK, new research from AncestryDNA has revealed, as the typical Brit is shown by DNA to be 60 percent European.

The findings from AncestryDNA reveal that Britons derive, on average, 60% of their ancestry from Europe*, with this figure inspiring Ancestry's new advertising campaign.

The new DNA findings come from analysis of the genetic make-up of those living in Britain, based on data collated from the at-home AncestryDNA test, which examines a person’s entire genome at over 700,000 different genetic locations.

The results reveal the genetic ethnic make up of the ‘typical’ person living in the UK and the countries and/or regions they can trace their ancestry back to over the past 2,000 years. Aside from the 36.30% of the average person’s genetic make up that is Great British, the vast majority of the remaining DNA (60%) is European.

Newcastle and its surrounding areas most strongly represent the nation’s average Great British ethnicity with 36.54%, alongside London, whose residents exemplify our European connection with 60.41% European DNA.

Yorkshire stands out from the crowd by officially being the most ‘British’ county in the UK with 39.93% of resident’s DNA hailing from Great Britain. Surprisingly, Yorkshire also takes the crown for being the least European with 57.98%.

Russell James of AncestryDNA said: “Our DNA service has enabled millions of people worldwide to find out more about their ancestral heritage and for many in Britain it has confirmed our strong cultural and genetic connections with other European countries.

“Our new campaign rises above the divisiveness of Brexit to celebrate the enduring cultural and ancestral links that millions of Britons have with Europe. At Ancestry, we believe our shared Europeanness is something we can all celebrate, regardless of how we voted in the referendum.”