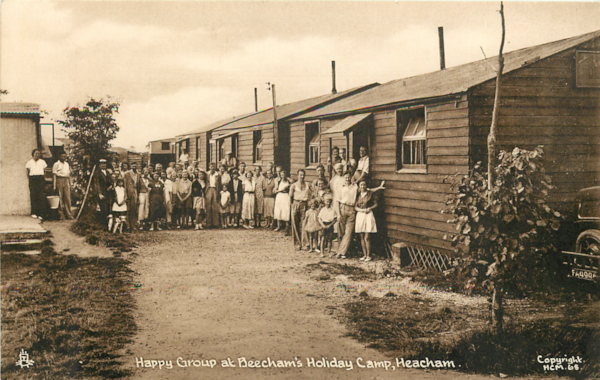 FindMyPast has announced that it has added thousands of Norfolk baptism, marriage and burial records to its British family history collections.

FindMyPast has announced that it has added thousands of Norfolk baptism, marriage and burial records to its British family history collections.

Over 76,000 additional records have been added to FindMyPast's collection of Norfolk parish baptisms. The new additions span the years 1777 to 1990 and cover the parishes of North Creake, Ringland, Southwood, Thornham and Worstead.

Over 33,000 new Norfolk Banns are now available to search. These new additions cover the parishes of:

Banns of marriage are the public announcement in a Christian parish church of a forthcoming marriage. They would be announced on three consecutive Sundays in order to prevent anyone from marrying when there was a legal impediment to them doing so.

The records include both a transcript and image of the original banns register. The details in each transcript may vary depending on the age and condition of the original source. Most transcripts will include the couple's names, residences, home parish and banns year. Images may reveal the second and third banns dates, the couple's marital statuses and the name of the minister who performed the banns.

QUICK LINK: What information can be found on a marriage certificate?

The new marriage records on FindMyPast comprise over 27,000 new records covering the parishes of North Creake, Rockland All Saints & St Andrew, Snetterton, Somerleyton, Southwood, Wacton, Wells next the Sea, Westacre and Worstead. The new additions span the years 1777 to 1984 and will reveal a combination of names, dates and locations related to both the bride and groom.

Every record displays an image of the original parish register as well as a transcript with all the pertinent information found in the record. The detail in each transcript will vary depending on the age of the records. Earlier marriage records recorded less information than those created in the twentieth century. Transcripts may include a combination of the couple's birth years, residences, marriage date, home parish, ages and father's names.

There are over 15,000 recent additions covering the parishes of North Creake, Rockland All Saints & St Andrew, Southwood, Wells next the Sea and Worstead. The transcripts and images will list a combination of the person's burial dates, ages and residences at time of death, and their birth years.