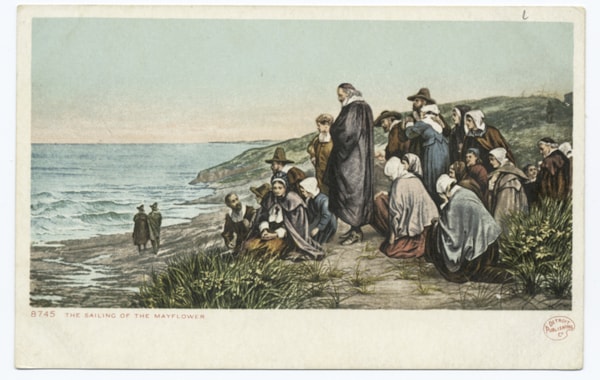 The Sailing of the Mayflower

FamilySearch has today (16 September) announced it has added tens of thousands of Mayflower Society member applications and documented descendant family trees of the Mayflower passengers to its website.

This new initiative is the work of FamilySearch International, AmericanAncestors.org (New England Historic Genealogical Society) and the General Society of Mayflower Descendants(GSMD).

Who were the Mayflower passengers?

In September 1620, 102 wet and weary Mayflower passengers and some 35 crew members departed from England, headed to the New World to establish the first permanent colony in New England. They would arrive in November 1620.

Referred to as “Saints” and “Strangers” by some scholars, 52 were Separatists who escaped from England after several were arrested and jailed for their religious beliefs. For the previous decade they had found temporary safety in The Netherlands. They had not lived long there before they embarked for the New World. The rest were adventurers, tradesmen, or servants from England hoping for prosperity. By the end of the first New England winter, half of them had perished.

The descendants of these pilgrims are in the millions today, and most have no idea of their historic roots.

What are the new records?

The free online collection was created from two data sources:

The data was merged to create a single representation for each pilgrim and their descendants for the time period of the late 1500s to 1910.

Working together since 2017, the collaboration between FamilySearch, American Ancestors, and the GSMD has digitised over 113,000 Mayflower Society member applications and documented family trees for about half of the 26 Mayflower couples with surviving posterity (the remainder should be added by year end).

The records were reviewed for accuracy by using the scholarly standard, “Silver Books" (named after the colour of the covers).

"This project will make the Mayflower Society's verification process easier and records more accessible. A great many people are Mayflower descendants who don't know it," said George Garmany, the governor general of the GSMD.

"This is an unprecedented collaboration between 3 of the ‘greats.’ FamilySearch is a giant of the field and brings the best technologies to bear. The Mayflower Society is one of the most esteemed hereditary societies, and it champions the story of the Pilgrims. And American Ancestors is the public face of the New England Historic Genealogical Society, the founding genealogical society in the world and best known for maintaining the highest standards in the field of genealogy," said Brenton Simons, president and CEO of AmericanAncestors.org.

Simons says the free online access to the documents and lineages from the verified Mayflower Society member applications sheds new light on one of America's greatest founding legacies.

How do I search for a Mayflower ancestor?

George Garmany suggests that individuals start by looking at their own family tree, particularly if there's a large element in New England, to see if they might have a potential Pilgrim line. Then search the online database to see if that ancestral line has been previously verified through one of the member applications.

Of course, research is easiest if you know you share a surname with a surviving Mayflower passenger. You just work backwards toward a connection. But most people don’t have such luck, so the next step is to look for ancestors that have New England roots and go as far back as you can.

Then go wide by looking at spouse names on every side. If you tie into any of the family trees of verified descendants, you’ve just added some new history to your family.

Search the Mayflower descendants’ family trees at FamilySearch and AmericanAncestors. 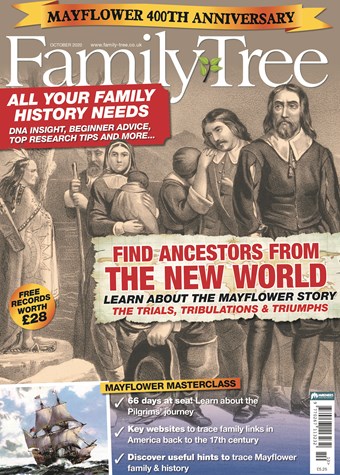 Curious to learn more about your Mayflower ancestors? The October issue of Family Tree magazine has tips and articles and is available here.