MyHeritage has announced the release of Genetic Groups, allowing anyone who's taken a MyHeritage DNA test to identify their ancestral origins in more than 2,000 regions.

Genetic Groups provide greater granularity than standard ethnicity breakdowns by segmenting larger ethnic groups into smaller ones that share a common historical background. For example, beyond learning that they have Scandinavian origins, a user can now find out that they are Danish, and find out where exactly in Denmark their ancestors came from.

Genetic Groups include detailed genealogical insights about each group. Users can view a group's migration patterns and drill down to view its precise whereabouts during different time periods from the 17th century until today. For each Genetic Group, users can view common ancestral surnames and common given names, the most prevalent ethnicities among the group's members, a list of other groups that have high affinity to the current one, and more. 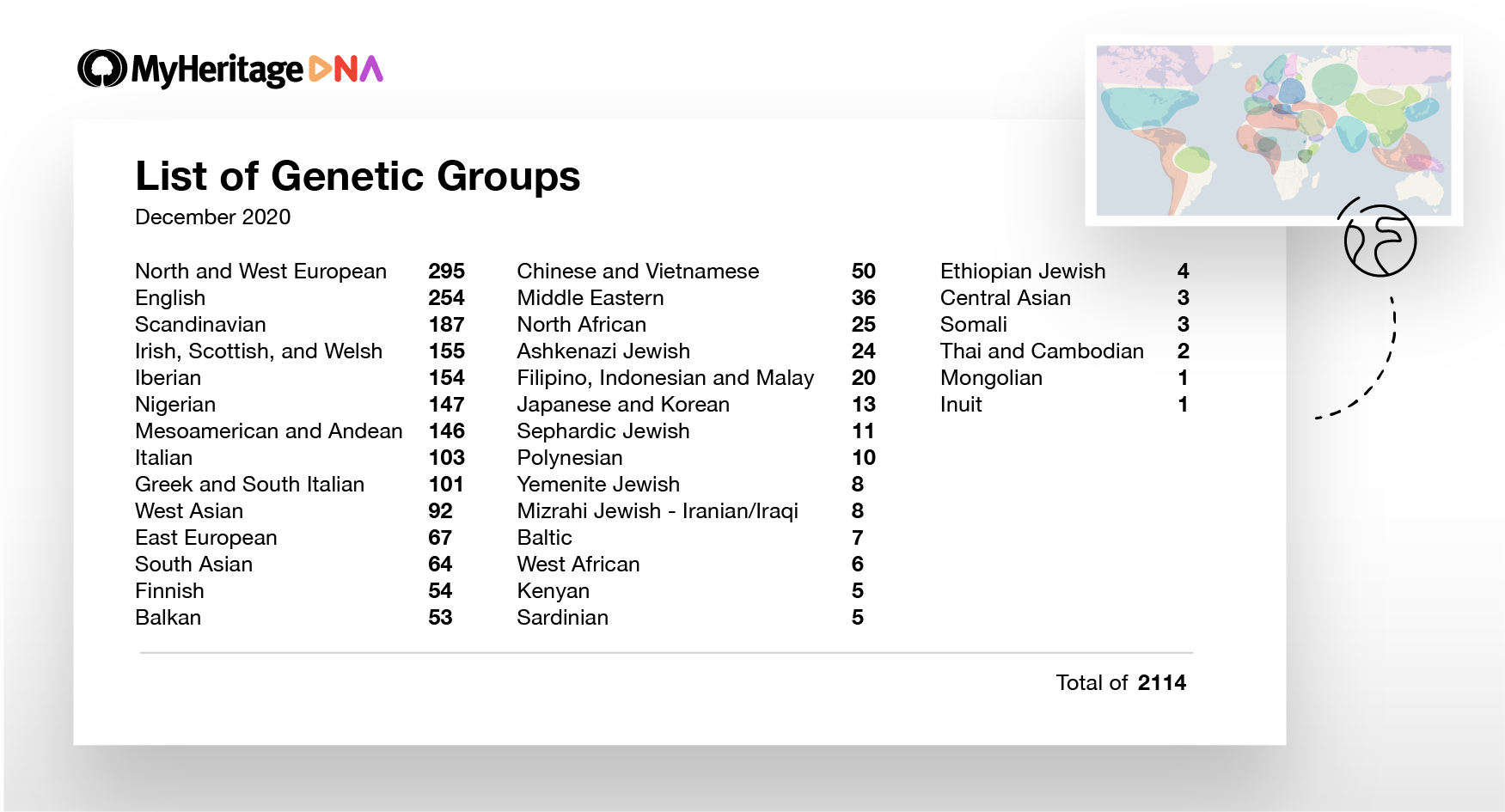 The technology that powers the feature mean that MyHeritage is now able to identify many populations that have never before been detected by any consumer DNA test.

For example, descendants of the ancient Jewish communities of Aleppo in Syria, or Tripoli in Libya, can now trace their origins among 55 different Jewish groups supported by MyHeritage. Another population is the Volga Germans - this group is composed of descendants of German settlers who migrated to the Volga River region of Russia and whose descendants later moved to Ellis County in Kansas and other locations. MyHeritage can identify 9 distinct Genetic Groups of Volga Germans.

How to use Genetic Groups

Genetic Groups are available for free to anyone who has already taken a MyHeritage DNA test, as an enhancement to the ethnicity estimate. Users who have previously uploaded DNA results to MyHeritage from another service and have access to advanced DNA features (including those who uploaded before December 16, 2018 and have been grandfathered in), or who have an active subscription, will likewise be able to access Genetic Groups at no added cost.

Users who have uploaded DNA results from another service and do not currently have access to advanced DNA features may pay a one-time unlock fee of $29 per kit to view their Genetic Groups and much more. Users who have taken a DNA test with another service are welcome to upload their results to MyHeritage and unlock access to their Genetic Groups, which will be calculated for them overnight.

How does MyHeritage estimate your ethnicity?

The MyHeritage Ethnicity Estimate is a percentage-based breakdown of your ethnic origins based on your DNA. But how does MyHeritage know where your ancestors were from based on your genetic code?

This article explores how the MyHeritage DNA Ethnicity Estimate works.

QUICK LINK: How to find an ancestor's will