What do street names tell us? An application to Great Britain's Streets by Dr Oto-Peralis is a new study which explores street names in England, Scotland and Wales to extract themes and trends capturing the culture and history of the population.

According to Dr Oto-Peralis, the meanings of street names aren't random but reflect local history and commemorate figures and events deemed important to the local community; ie they can be considered cultural markers of a town and its history. 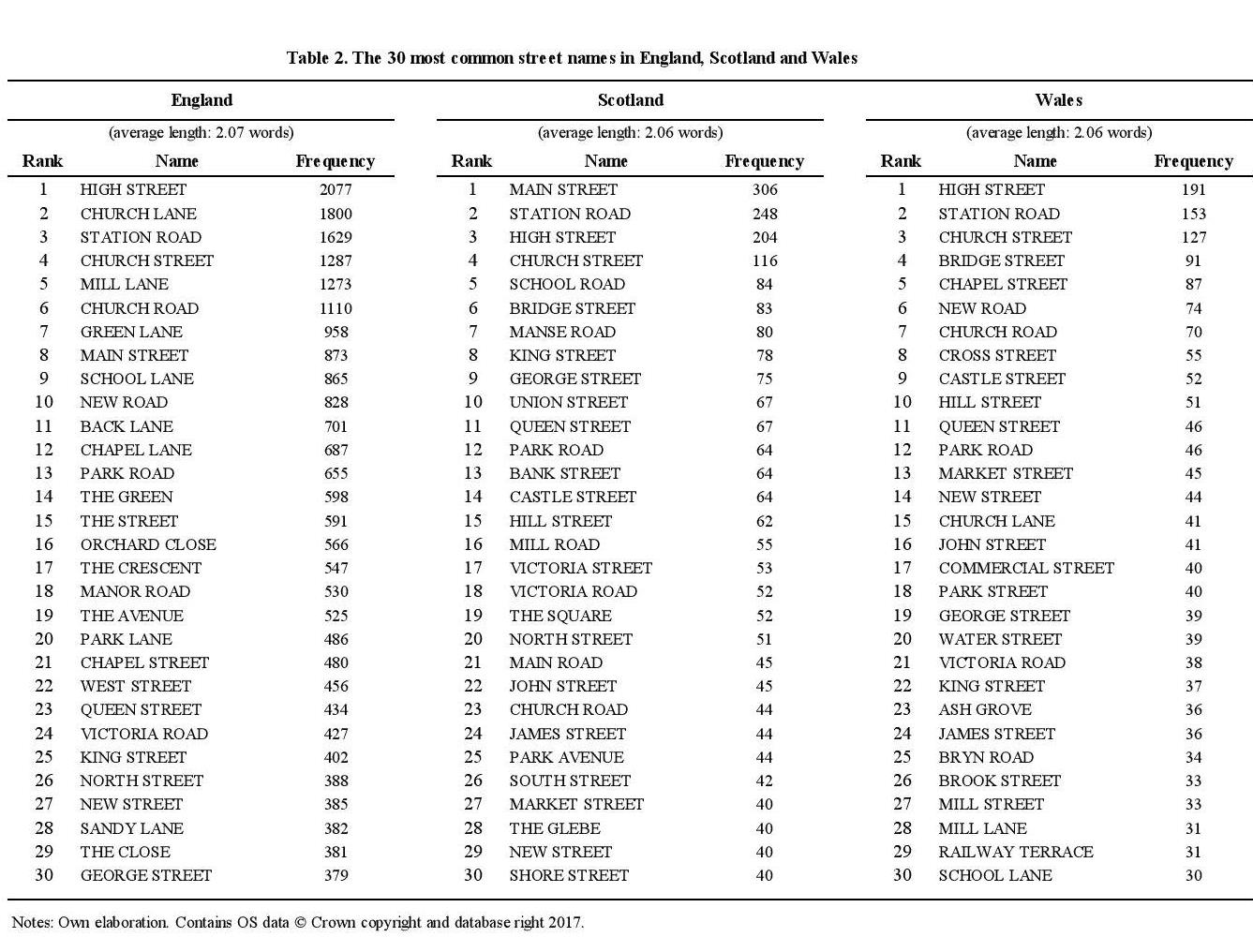 How the street name researched was carried out

Dr Oto-Peralis explains: 'I collected data on street names from the source OS Open Names (Ordnance Survey), which is a comprehensive database of place names for Great Britain. The dataset contains almost 900,000 named and numbered roads. I selected named roads and removed all the others (including sections of named roads), which renders 788,340 roads (streets). When the street name was provided both in English and Gaelic/Welsh, I always chose English. The word cloud represents the relative importance of the 200 most frequent street names.

'Table 2 [below] breaks down the list of the most common street names by country, i.e., England, Scotland and Wales. There are remarkable similarities among the street names of the three countries. For instance, “High street”, “Station road” and “Church street” are within the top-4 in the three cases, although there are also some differences. It is interesting to observe that commemorative street names appear to be relatively more important in Scotland than in England.

Thus, the first commemorative street in Scotland (“King street”) occupies position 8th of the ranking while in England it occupies position 23th (“Queen street”). Regarding the average length of street names, it is very similar in the three countries, suggesting again similarities in the system of street names –which, in turn, facilitates a cross-country analysis of them.

Top 30 most common street names in England, Scotland and Wales