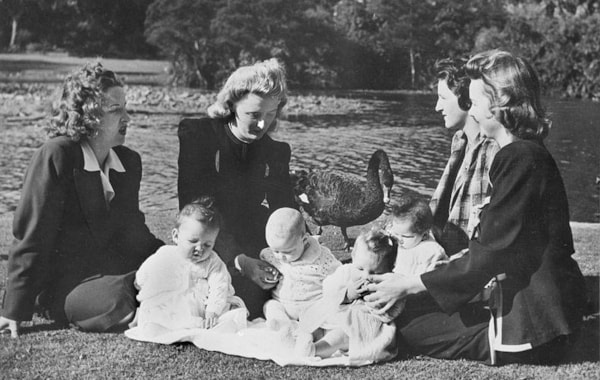 Do you have a family member who emigrated from the UK after falling in love with a Canadian or US serviceman? Explore their story with our guide to five top genealogy websites for tracing GI war brides and their families.

Do you have a family member who emigrated from the UK after falling in love with a Canadian or US serviceman? Explore their story with our guide to five top genealogy websites for tracing GI war brides and their families.

Thousands of young women left British shores for Canada from 1917 onwards. Through her war brides blog, researcher Annette Fulford specialises in the history of World War I Canadian war brides in order to preserve this lesser-known aspect of the Great War. Find her blog at World War I war brides.

During World War Two, British brides were to fall in love with Canadian soldiers – 47,783 of them, accompanied by more than 20,000 war babies and children. Canadian War Brides is a useful starting point for research with FAQs, advice and stories

Many war brides arrived in Canada at Pier21. Read about their memories of arriving in Canada and being a war bride – see the ‘English War Bride’ entries at Pier 21’s website.

The American GIs first landed in the UK on 26 January 1942 – and in June 1944 the American Army swarming the country disappeared from British shores for Normandy in the top secret D-Day Landings.

During this time, they’d charmed thousands of young women and an estimated 70,000 women left the British Isles after World War Two following their American husbands back to the States. And, of course, bearing in mind sweethearts, the number of women who became involved with GIs but never married, this total would be even higher.

If you think you might have a GI soldier, bride or baby on your family tree, start your research at G I Trace.

And now for your family love stories…

Following the First and Second World Wars, thousands and thousands of young women upped sticks and left their homelands (and not just the British Isles) following their soldier sweetheart to take up a new life over the seas. If you have such a story in your family, do be sure to record this adventure of your ancestors. Not all of the tales are happy, but they’re ones to be treasured for sure.