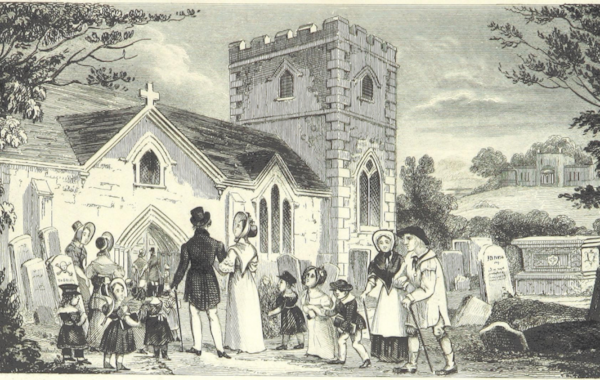 There may be several reasons why you can’t find the parish record of your ancestors' marriage pre-civil registration. Here are 3 useful websites that could provide the solutions to your wedding brick wall.

There may be several reasons why you can’t find the parish record of your ancestors' marriage pre-civil registration. Perhaps you are searching for the wrong dates and the couple actually tied the knot much later than you think, years after the birth of their first child. Or perhaps the answer is because you have the incorrect names – or that they actually never married at all.

Genealogist Simon Wills has more suggestions as to why you can’t find the record of your ancestors’ church marriage in the February 2019 issue of Family Tree magazine, along with ideas of how to smash your family history wedding brick wall.

Here we have picked out 3 family history web resources Simon advises could help you locate that elusive marriage to take you on to the next stage of your genealogy research.

If parish registers are illegible or lost then see if they were transcribed by William Phillimore. Many of his 19th century transcripts are available on UK Genealogy Archives.

It’s also worth checking whether a separate banns register or Bishop’s transcript has survived.

If a couple married by licence, then applications called ‘allegations’ were completed and may be the only evidence for marriage. Many have been indexed by The Harleian Society but additional collections are at the Society of Genealogists and on subscription websites such as Ancestry and Findmypast.

Other stories that may interest you:

• The best free of charge websites for finding your British ancestors

Your ancestor may have married in another UK country, and many English couples married on the Scottish borders after 1754 when clandestine marriages were made illegal in England. National Records of Scotland has a free guide to these Irregular Border Marriage Registers.

Read the full article in the February 2019 issue of Family Tree, on sale here.