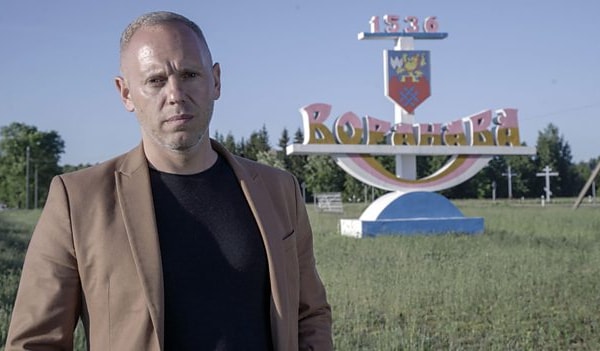 In the moving, two-part series, My Family, The Holocaust And Me with Robert Rinder, the TV star helps the second and third generations of three families who have experienced the Holocaust to retrace their relatives’ footsteps. Find out how you can do the same with three top websites to trace Jewish ancestors.

The terrible events of the Holocaust are, of course, emotional and difficult for researchers with Jewish ancestry. Even those who believe they lost no relatives in that era may, as they climb their family trees, discover Jewish cousins from Krakow or great-grandparents from Pinsk.

Many, to honour their memories, seek their names and trace their lives.

In the first episode of the BBC programme, Robert meets two different British Jewish families who have been affected by the Holocaust and want to investigate what happened to their relatives, as well as exploring his own family’s Holocaust story.

Melody's top tip is to establish your ancestor's birthplace. She writes:

‘Nazi extermination methods varied from country to country, even from town to town. So establishing an ancestor’s birthplace and/or Holocaust location will help determine his/her fate.

'After reviewing family albums, letters, and lore – examination of pre-war vital records, which are accessible through local or regional archives, may prove helpful. These may not only verify an ancestor’s whereabouts, but also reveal the names of additional family members – along with their signatures.’

Yiznor books are precious post-war publications commemorating Jewish communities devastated during the Holocaust. They include survivor accounts, community histories, photographs, memoirs and more. Most are in private hands but hundreds (some fully or partially translated into English) can be viewed online through The JewishGen Yizkor Book Project

Yad VaShem’s Pages of Testimony are searchable, one-page forms created by survivors, family members or friends in commemoration of Jews who were murdered by the Nazis and their accomplices. They are accessed through The Yad VaShem Central Database of Shoah Victims’ Names, which also sources a wide range of personal archival documents such as letters, diaries, memoirs and passports.

3. The International Tracing Service (ITS)

Based in Bad Arolsen, Germany, the ITS is a massive archive holding over 30 million records that serves victims of Nazi persecutions and their families by documenting their fate. Response to online requests can be slow, but the information is provided at no cost.

My Family, The Holocaust And Me with Robert Rinder is available to view on BBC iPlayer.

Pictured: Robert Rinder in front of the sign for the town of Voranava, Belarus (BBC).