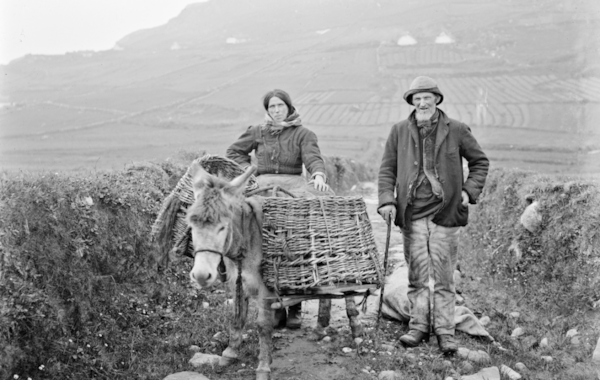 Irish genealogy has undergone a digital revolution in recent years, making tracing your family history in Ireland a much easier – and enjoyable – task. Try our 3 top free websites to help you begin your family tree journey in the Emerald Isle

Time to search your Irish roots

Many family history enthusiasts fear Irish research is too difficult because of the destruction of records during Ireland’s Civil War in 1922. In fact, the exciting upsurge in digital projects in recent years has made the task easier and enjoyable for those with roots in the Emerald Isle.

In the past decade there has been something of a revolution within the Irish online family history world and in the July 2019 issue of Family Tree magazine, professional genealogist and blogger Chris Paton takes us on a tour of the key records and websites that are transforming the island’s genealogical landscape.

Chris reveals some of the ‘many heroes within the recent online revolution’, such as Eneclann, Findmypast, Ancestry, the Irish Family History Foundation, the Ulster Historical Foundation and FamilySearch, as well as some ‘truly outstanding’ free resources from the island of Ireland’s archival repositories and national agencies.

We’ve picked three of our favourite free online resources from his handpicked selection to help your on your Irish family history journey.

Many family history researchers already know that the NAI is the place to search the 1901 and 1911 Irish censuses for free, but it also includes surviving census fragments from 1821 to 1851 (note, no records survive from 1861-1891). In addition, its Census Search Forms 1841-51 collection freely offers copies of census transcripts from 1841 and 1851, which were used for applications following the 1908 Pensions Act, as held at the NAI. Also on the platform are various land-based records collections, including Tithe Applotment Books 1823-37 and Valuation Office report books from 1824-1856, as well as a series of wills-based collections and much more.

In the Republic of Ireland, the Irish Genealogy platform will soon offer all historic civil records from the start of Irish registration in 1845 (non-Roman Catholic marriages) and 1864 (all births, marriages and deaths) for free, with cut off points of 100 years for recent births, 75 for marriages, and 50 for deaths, and up to 1921 for Northern Irish records only.

PRONI has several new features of interest on its website – these include its PRONI Historical Maps Viewer, offering a range of Historical Ordnance Survey Maps, its absent voters lists for Counties Londonderry and Armagh, and various First World War resources, including an admissions register for the Royal Victoria Hospital in Belfast from September 1914-November 1916. The site’s Will Calendars database has also been substantially expanded to cover over a century’s worth of material from 1858-1965. Some of the most exciting developments from the archive have been its uses of social media, with a presence now on Instagram and Facebook, as well as Pinterest and YouTube (where PRONI hosted lectures are available to watch).

Don't miss the full guide to Irish online resources, packed with more than 25 key websites, in the July 2019 issue of Family Tree.

Image: National Library of Ireland on The Commons Flickr.

• 3 free web ideas for family history research on a budget

• 3 websites to help put your ancestors' lives in context