3 free genealogy websites for finding your ancestors all over the globe! 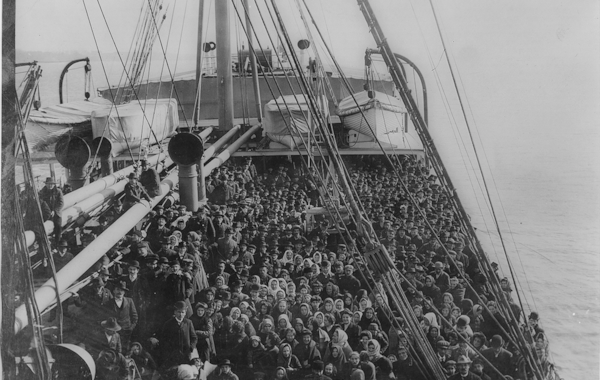 Many of our ancestors left their homeland for new lives across the world, especially in the era of British Empire, and tracing them can be difficult without the right know-how.

You can find out how to start tracing your family worldwide with professional genealogist Emma Jolly’s guide to the best online resources for your research, published in the December 2019 issue of Family Tree.

Searching for your overseas ancestors

Searching for ancestors outside of the borders of the United Kingdom and Ireland can be an overwhelming task, but we’ve got some great suggestions to help you get the ball rolling.

And what we understand today as the British Empire was not one formally controlled zone; it came into being gradually following the colonisation of the Americas in the 16th century. From this, Britain’s involvement in the transatlantic slave trade led to connections with countries in west and southern Africa.

Emma, who appeared in the 2019 series of BBC One’s Who Do You Think You Are? to tell Hollywood actor Kate Winslet about some of her ancestry, picked out 25 brilliant websites to help family history researchers delve further into the travels of their ancestors – and here we have selected three of our free favourites.

The website of the Families in British India Society (FIBIS) includes an essential database of over two million names alongside Wiki resources and an image gallery.

• Library and Archives of Canada

The website of the Library and Archives of Canada is the central archive for Canadian research.
Besides introductory guides to Canadian family history, it includes various databases and guides to topics such as the census, military, immigration and land.

The Caribbean Genealogy Resources portal provides details and links to resources of countries across the West Indies.

You can read Emma’s full article in the December 2019 issue of Family Tree, on sale from 22 October 2019 in print and digital and available here, for websites covering ancestors in New Zealand, Australia, United States, China, Sri Lanka, Jamaica, Burma and more.

Photograph shows emigrants to the US on board an Atlantic liner, c1906. Credit: Library of Congress Prints & Photographs Division, Washington DC, USA.