This new book by Peter Matthews, published by Bloomsbury Shire, is the perfect read for family historian ‘tombstone tourists’. For many of us, there’s nothing better than whiling away a summer’s day in a Victorian cemetery or old parish graveyard. If this strikes a chord with with you, then the delightfully informative Who’s Buried Where in London is right up your street.

Researched and written by Peter, a former London Tourist Board employee and Blue Badge Guide, this richly illustrated handbook to the capital’s many cemeteries, churches and graveyards is packed with information on the vast range of memorials worth a visit, and fascinating biographical details of those laid to rest there.

Peter spent three years exploring London’s burial places, which he explains is something the Victorians would recognise, as the landscaped cemeteries of that era were designed to be visited, not only by bereaved families, but by the general public.

Arranged geographically, Peter beautifully describes the burial places of more than 1,000 people from all walks of life: from politicians and military heroes to writers, artists and engineers. Some are well-known, while others are almost forgotten, but many were important in their profession and may have left a lasting mark on London, Britain, and even the world. All life is here, in death.

Here are some of our top picks from the book:

Continue all the way round the main path until you come to Highgate’s most famous resident (tomb pictured top), Karl Marx (1818-1883), the political philosopher and author of the revolutionary book Das Kapital. He spent much of his life in London, studying at the British Museum, always short of money and living off friends. He and his family were originally buried in a modest plot about 100 yards south of the present memorial, which was erected in 1956 with a monumental bronze bust by Laurence Bradshaw. It has become a place of pilgrimage but, sadly, it has also been the target of vandals, and in 1970 there was an attempt to blow it up.

As well as Marx and his wife, their youngest daughter Eleanor Marx (1855-1898) is also buried there. She wrote her father’s biography and wrote and campaigned tirelessly for workers’ and women’s rights. She was cremated in Woking, where her ashes remained until they were interred with her parents when the new monument was installed.

Starting from the north entrance in Old Brompton Road, walk straight ahead down Central Avenue. About 40 yards down, on the left, is the grave of Emmeline Pankhurst (1858-1928), the great suffragette leader. In 1903 she formed the Women’s Social and Political union, which fought for many years, often violently, for the right of women to vote. She didn’t live to see women over the age of 21 gain the right to vote, as she died two weeks before the law was passed.

Her memorial is an unusual sandstone cross with a relief of Christ with his hand raised in blessing, with angels above, holding a chalice, and the hand of God appearing from a cloud.

On the left corner is the extraordinary mausoleum of Andrew Ducrow (1793-1842), the flamboyant equestrian artist and lessee of Astley’s Amphitheatre on the south side of Westminster Bridge. There he gave displays of horsemanship, and put on spectacular pageants such as The Battle of Waterloo. His shows were so popular that even the royal family attended them.

His mausoleum, which was originally built for his wife, is Egyptian in style, with lotus capitals an sphinxes, along with equestrian elements such as an urn decorated with horses’ heads, and several depictions of the winged horse Pegasus. He clearly had a high opinion of himself, as the inscription says ‘Erected by Genius for the reception of its own remains’.

To the left is the last resting place of Sigmund Freud (1856-1939), the Austrian founder of psychoanalysis. Freud escaped from Nazi-occupied Vienna in 1938 and spent the last 15 months of his life in Hampstead, where his home is now a museum.

His ashes, along with those of his wife, are contained in an ancient Greek urn, which was part of his own collection. On New Year’s Day 2014, an attempt was made to steal the urn, which was smashed and left scattered on the floor. It has now been painstakingly restored and replaced on its plinth.

The ashes of other members of his family are also here, including his youngest daughter Anna Freud (1895-1982), who was also a psychoanalyst, specialising in the study of children.

After the next junction, over to the left, is the grave of Mary Seattle (1805-1881), with a striking white headstone decorated with palm trees. She was a Jamaican nurse whose work in Kingston, Panama and, especially, on the battlefields of the Crimea, has made her a black icon.

She received little official recognition for her work, but the soldiers referred to her as the ‘black Nightingale’. Her grave here was lost and forgotten for many years, but in 1973 it was restored, and it is now one of the best maintained in the cemetery, always covered in flowers. 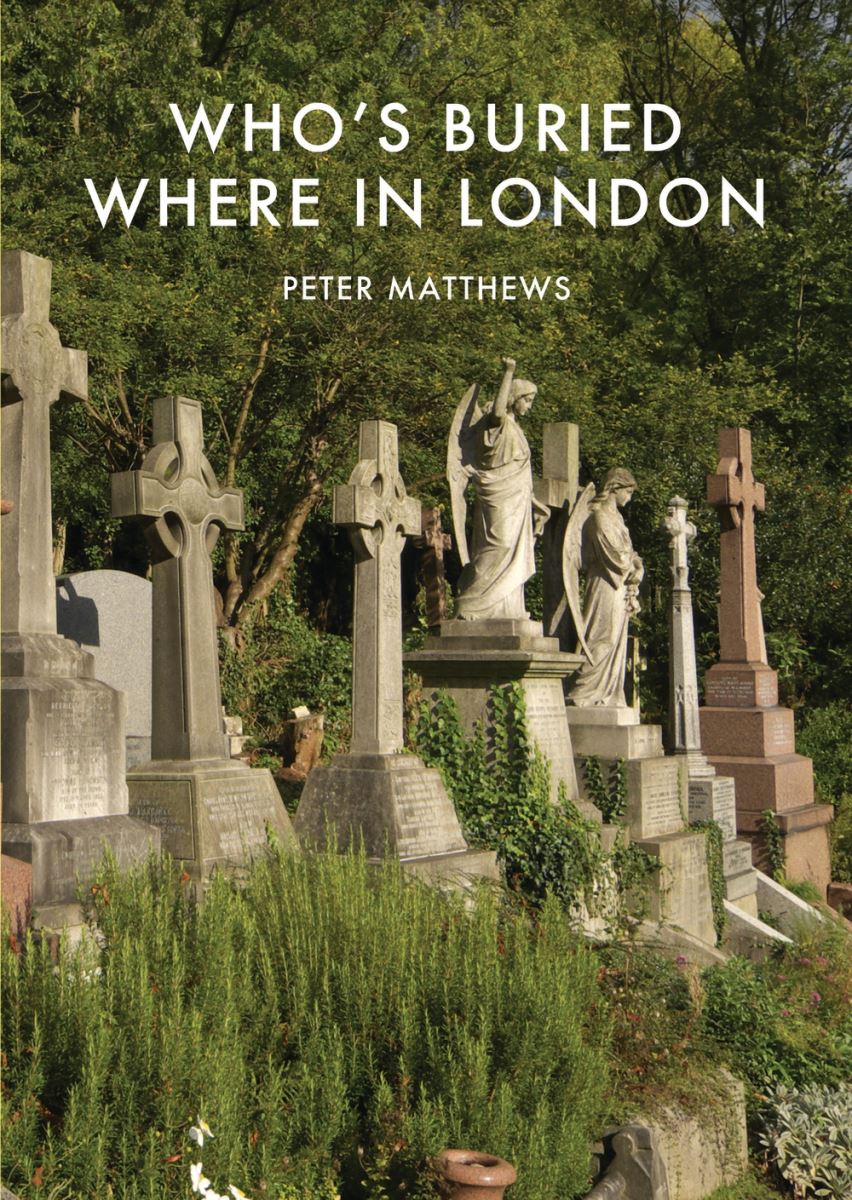 Save 10 percent when buying online directly from Bloomsbury Publishing here.