The Whitehall's family tree on 'Who Do You Think You Are?' Who do you think you are

Jack & Michael Whitehall unearth skeletons at every turn … watch their story in ‘Who Do You Think You Are?’. Plus 3 top tips every family historian needs to know!

Hot on the trail of a wrong ‘un and a lunatic, Jack & Michael Whitehall unearth skeletons at every turn … watch their story unravel in ‘Who Do You Think You Are?’.

Affectionate and funny, the Jack and Michael Whitehall episode of ‘Who Do You Think You Are?’ kicks off to an entertaining, irreverent start, as you’d expect, as they piece together their Whitehall family line. Educated at private schools, Ampleforth and Marlborough College, the father and son duo’s past seems as though it’d be buffered from many of the hazards of life. But that’s the thing about families and family history… it just isn’t simple, and that wheel of fortune just keeps turning.

Having gleaned what they can from memory and poring over the family pictures at home, Jack and Michael Whitehall head over to Michael’s cousin Jennifer to find out more… and in particular to discover where it was that Jack’s great-grandfather (Richard Ernest Baxter Whitehall – known as REB) mysteriously got his money from.

‘So Jennifer we’re on the trail of my great-grandfather REB, and we’re hoping that you might know a little bit more than Michael – whose knowledge is a bit patchy. I think all the years of boozing have affected his memory.’ [typically cheeky Jack speaking about his father Michael]

The family story went that young REB’s father was killed in a pony and trap accident at work, and that his mother died shortly afterwards of a broken heart. The young orphan REB was then adopted by a wealthy businessman.

But as to further detail, it seemed as though no-one in the family could shed further light.

Jennifer, to Michael: ‘He never talked about his childhood, I never remember him talking about it. Do you?’

Michael: ‘No. But maybe we never asked him.’

Jennifer: ‘I wished I’d asked him.’

How many of us are in that predicament – just wishing we’d asked questions, been a bit more curious, thought to learn about our family’s past? Anyway, like most of us the next step in the Whitehalls’ journey was to turn to the census. It was here that the story took a darker turn, and the reason for REB’s reticence to talk about his parents’ past became a little clearer. We won’t tell you the story, because it’s just completely worth watching. (Do it!) But do be warned that it is far from the jaunty genealogical vibe that this episode started with.

That sad mystery solved, the Whitehall duo turned to another ancestor of theirs, Thomas Jones Phillips. And this time the shame caused by the action of previous generations was keenly felt by Jack.

Turn back the clock to the 1830s. It’s a few years after the Great Reform Act of 1832, when more men were granted the vote. However, in reality it was only a very small proportion of the adult male population who could vote. As a consequence of this the Chartist movement was rapidly gaining momentum: petitions were signed, rallies held, and even lives taken at the Newport Rising (where 22 people were killed in the streets of Newport by troops and constabulary).

Thomas Jones Phillips, direct ancestor of Jack and Michael Whitehall, was the Government ‘snitch’ and ‘wrong ‘un’, as Jack dubbed him, who led to the arrest of some of the Chartist ringleaders, some of whom were sentenced to death for their energies trying to fight for the votes for all men. Jack’s relief that the sentence was commuted to ‘transportation for life’ to Australia, is clear. And it’s something that most of us would certainly share. When we set out to trace our family trees we’d all like to find the heroes. However, as Jack says: 'Every story needs a villain. And it just happens that our ancestor is ... the villain.'

‘Every story needs a villain. And it just happens that our ancestor is … the villain.’

This episode is well worth a watch. Sometimes family history, like life, can be tough, but that makes it all the more relevant as we learn about who we are and get to understand the lives of the people who came before us.

We’re sure Jack and Michael Whitehall’s episode will have inspired you to have a go at tracing your own family history. 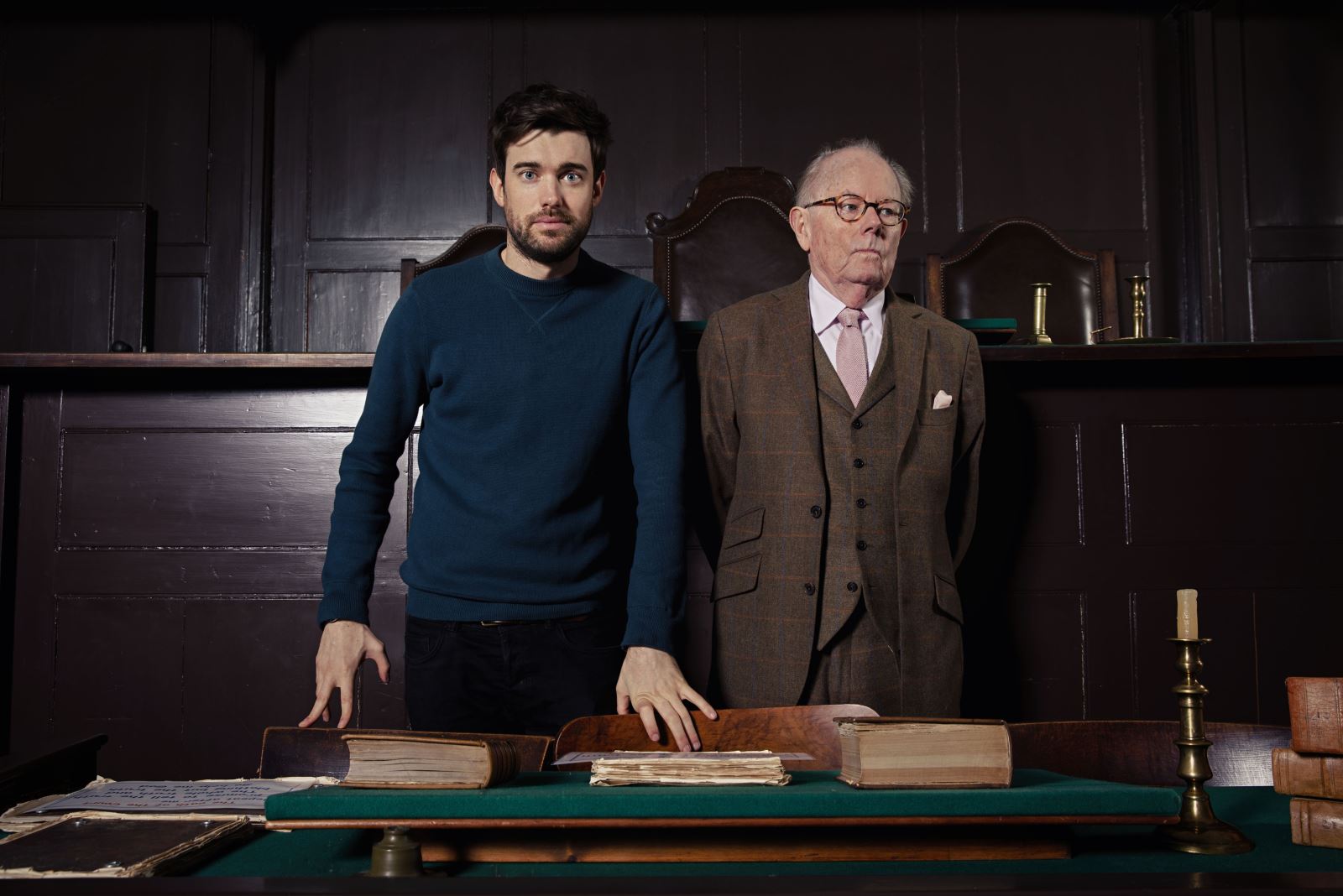 Follow these useful leads to take your own genealogy journey:

How to find birth, marriage and death certificates (for England and Wales, the countries covered in the Jack and Michael Whitehall episode): see www.freebmd.org.uk for indexes and https://www.gro.gov.uk/gro/content/ for some indexes and to order certificates

How to find archives: https://discovery.nationalarchives.gov.uk/find-an-archive

How to find a family history society: https://www.familyhistoryfederation.com/

How to find a local history society: https://www.balh.org.uk/