Popular TV series &lsquo;Heir Hunters&rsquo; offers a tantalising glimpse of what it&rsquo;s like to be a probate genealogist...

Popular TV series ‘Heir Hunters’ offers a tantalising glimpse of what it’s like to be a probate genealogist... and how it feels to be on the receiving end of a claim. As the show prepares to enter its eighth series on BBC1 in early 2014, Caroline Davis went behind the scenes to chat to the production team and some of the probate genealogy firms featured.

If you’ve never watched 'Heir Hunters', here’s what happens: the programmes follow the exciting warts-and-all progress of probate researchers trying to find rightful heirs to intestates (people who have either died without making a will or else a will cannot be found), before the unclaimed estates are collected by the Treasury. Names of intestates are added daily to the Treasury's Bona Vacantia list, which is where the Crown’s Treasury Solicitor advertises for kin of deceased intestates in England and Wales to come forward and claim what could be rightfully theirs. 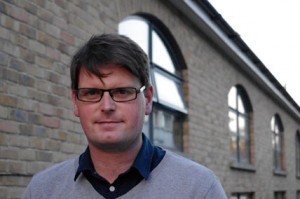 So, could you be in line for a lost family fortune? John Widdup, executive producer at Flame TV, the production company behind the ‘Heir Hunters’ programmes, reveals all about the show – and how genealogical search skills are used to track down potential heirs, in Caroline’s feature in the Christmas issue of Family Tree. As John explains, it’s impossible to calculate how many potential, unsuspecting heirs are out there at any given time: ‘An estate could have one sole heir or hundreds of heirs depending on the size of the family. It might be fair to say that there are probably thousands of potential, unsuspecting heirs out there.’

Four major probate research firms are featured in the 2014 series: Fraser & Fraser, Celtic Research, Hoopers and show newcomer Finders. The genealogists use numerous sources in the race to track down heirs, from the online birth, marriage and death (BMD) indexes to electoral rolls, major genealogy and other websites worldwide, and archives such as The National Archives at Kew and the British Library. The research teams unearth fantastic family history stories and you can read some incredible case studies from the show in our Christmas issue. Here are a couple more case studies that we couldn't squeeze into the mag: 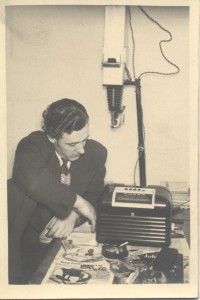 Leons Grinbergs died in Seaford, East Sussex, in January 2009 and the search for his heirs was taken up by Hector Birchwood from Celtic Research.

Leons had an ex-wife and a stepson, neither of whom were entitled to a share of his estate. However, stepson Paul was very close to ‘Leo’ and very keen for heirs to be found.

Leons’ story was remarkable. He was born in Latvia and when the country was occupied by first the Russians and then the Nazis, Leons fled the country – a daring escape that involved travelling on foot under cover of darkness until finally he reached a displaced persons’ camp in a British zone near Cologne. From there he was taken to Canada before eventually settling in England in the 1950s.

Leons never spoke of the past nor of any family and, with many Latvian records having been destroyed by occupying forces, the chances of finding his family were extremely slim.

But, eventually, there was a breakthrough. Hector received crucial information about Leons’ place of birth and discovered that his father had a sister whose descendants would be heirs to the estate. 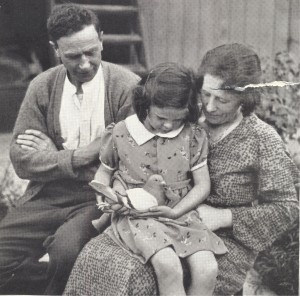 Jean Chainey as a child with her parents.

Jean’s name appeared on the Treasury’s Bona Vancantia list in March 2012 and Hoopers took up the search for her heirs. It was a huge case that ultimately led to 82 heirs, but it was the story of Jean’s father, Victor Robinson, that really stood out.

Vic was one of Britain’s most celebrated pigeon fanciers; indeed he was described by a fellow fancier as ‘the David Beckham of the pigeon world’. He won scores of prizes and it would seem this afforded the family a very comfortable lifestyle. But Vic’s pigeons weren’t just a hobby. During World War II he handed over several birds to the Government who used them to transport vital secret messages – a role for which several pigeons were awarded medals.

Despite their legion of resources, probate genealogists do sometimes fail to find beneficiaries. John explains: ‘This might be because there are simply no living relatives who are legally entitled to inherit. Under English and Welsh intestacy law (Scottish law is different), the most distant relative who can inherit is a first cousin, and if there are no living, entitled relatives the money will eventually go to the Treasury. Other cases can’t be solved because there just isn’t enough available information to work with. It might be that someone has such a common name that it is impossible to narrow down and prove the correct family. Or it might be that someone has changed their name at some point and with no records of the previous name there is no way of tracing living relatives.’

Says Neil Fraser of Fraser & Fraser: ‘Because of our vast range of resources, we can find people within an hour. Having said that, it can be so frustrating when you are close to making a link, but you cannot, say, find a death certificate. In a recent case, one of our researchers spent 100 hours searching for the deceased’s mother’s birth – and that was just the logged time.’

John added: ‘Heir hunters tend to keep such cases on file and review them periodically in case new information comes to light. It’s not uncommon for an heir hunter to finally solve a case that they first looked at 10 or 20 years ago.’

Find out more in the Christmas issue of Family Tree (on sale 29 November 2013). You can find Family Tree in WH Smiths, leading supermarkets and all good newsagents, or you can download the latest issue as a digital edition right now – visit www.pocketmags.com, the App Store, Google Play or Amazon Appstore. Single issues, back issues and subscriptions are available for PC, Mac, eReaders, smartphones and tablets. A free sample is also available for all devices.