A rare embroidery dating from the early 17th century has been acquired by National Museums Scotland, with the support of textile collector and philanthropist Leslie B. Durst.

A rare embroidery dating from the early 17th century has been acquired by National Museums Scotland, with the support of textile collector and philanthropist Leslie B. Durst

The embroidered crucifixion is a unique surviving example of textiles associated with Catholic devotion. Created by skilled artisans, the crucifixion is illustrated in coloured silks and surrounded by a Latin prayer embroidered with gold and silver thread. 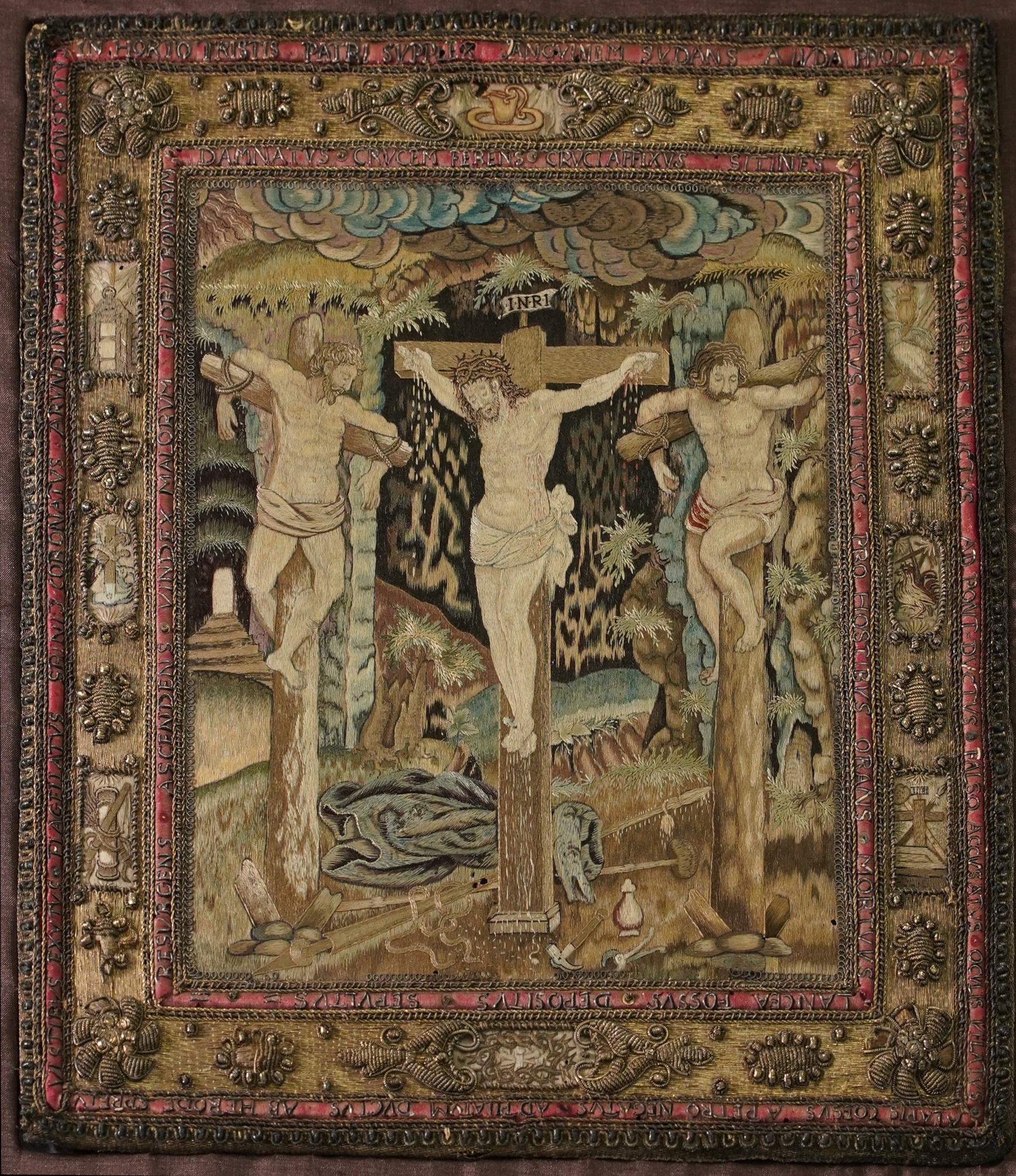 The textile was originally owned by Elizabeth Stuart, a member of the Scottish nobility, who married into one of the most prominent Catholic families in Britain. It has remained in the collection of the Howards, Earls of Arundel and Dukes of Norfolk, since the 17th century. An inscription on the reverse of the piece suggests that the family once believed it belonged to Mary Queen of Scots, but this connection has since been disproven.

Helen Wyld, Senior Curator of Historic Textiles at National Museums Scotland said: “It is very unusual for textiles of this kind and quality to survive in the UK, and even more so with such a compelling provenance. The Crucifixion can help us better understand the role of textiles in Catholic devotion in England and Scotland. Its history in the collections of Elizabeth Stuart and the Howard family sheds light on a forgotten aspect of Scotland’s past and provides insight into the lives of those who treasured it for centuries. Thanks to the generosity and support of Leslie B. Durst, this remarkable object will be secured for the nation for years to come.”

The exceptional condition of the piece suggests that it was treasured by successive generations. National Museums Scotland is now undertaking minor conservation work to ensure that it is ready for display, as well as technical analysis to learn more about its construction.

Starting this autumn, the Leslie B. Durst Textile Conservation Internships in partnership with the Clothworkers Company, have been created for early career textile conservators. Based within the National Museums Scotland’s state of the art Collection Centre, three paid interns will be supported by a dedicated team of highly skilled experts working on a varied programme of high-profile conservation projects. These new roles represent a critical investment in the future of the sector, ensuring specialist skills and knowledge are passed on to future generations.