New research on what we call our grandparents Independent consumer research released by emporia Telecom shows the names that Brits use for their grandparents and the vast differences across the country.

For British grandmothers the top five names in order of popularity at a national level are:

Only one-in-ten use the term Gran. 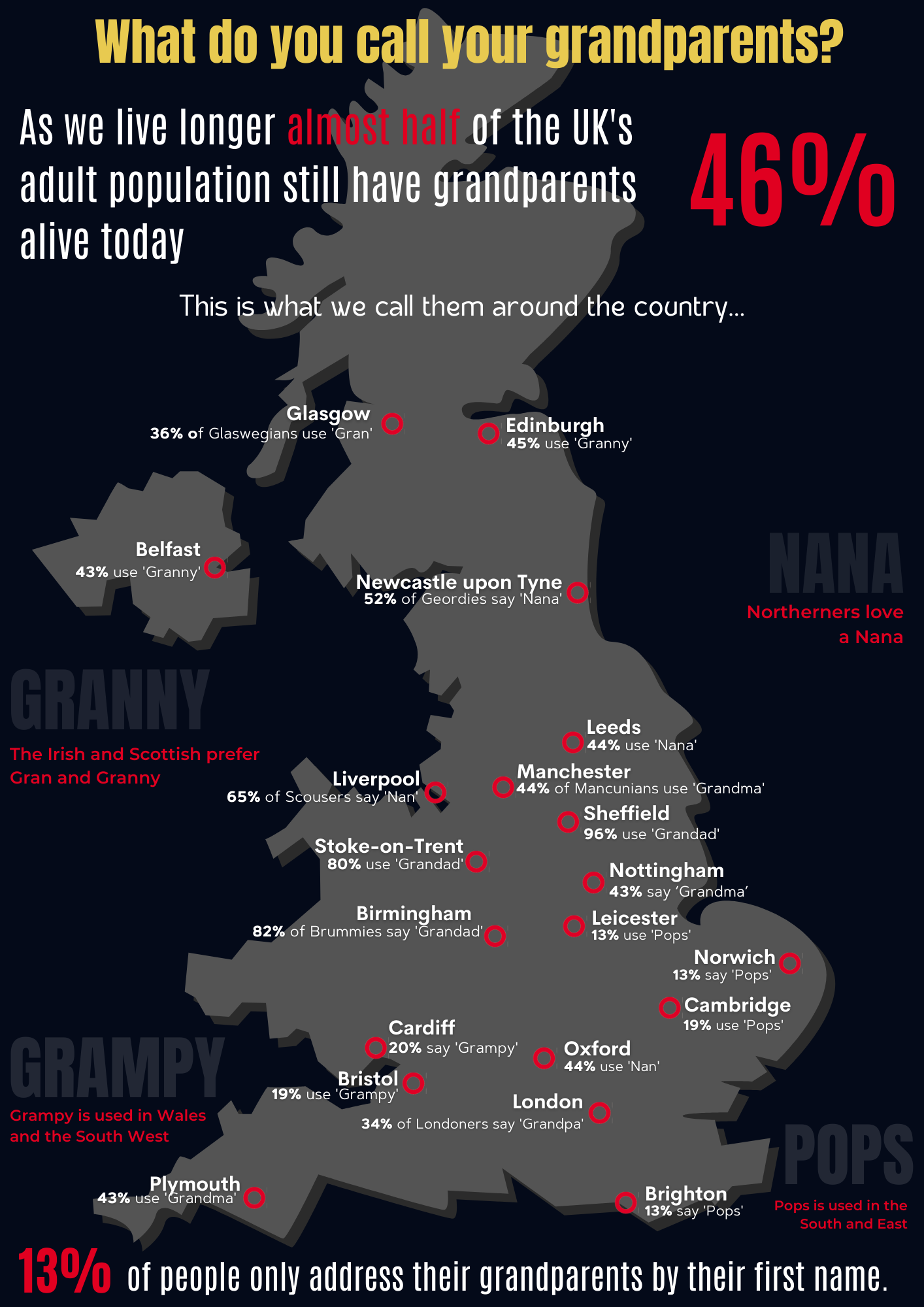 Looking into the regional variations there are stark differences between the sovereign nations of the United Kingdom. The name Nan is by far the most popular for a grandmother in the English seaside cities of Liverpool (65%) and Brighton (51%). Half of Welsh grandmothers are also referred to affectionately as Nans. Fewer Scots like the name - with only 8% of grandmothers in Glasgow and 6% in Edinburgh being identified as such.

Nan is even less used across the sea in Northern Ireland with a tiny 4% usage – where Granny is by far the most popular name (43%) followed by Nanny (39%). In comparison Granny is the favourite name for Scottish grandmothers, with 45% of people in Edinburgh using it and 31% in Glasgow. Less than 10% of Scots use the name Nanny.

For grandfathers the most popular name nationwide by far is Grandad (68%) - only one in five Brits opts to use Grandpa (22%).

Despite it being considered ‘too informal’ by many, the data shows that one third of Brits do now use only their grandparent’s first name (33%) to address them.

Chris Millington, UK and Ireland Managing Director at emporia Telecom, said: “The names we give to our grandparents are often passed down through the generations. They are hugely important as they are how we identify and connect with our family members. Thankfully, as we live longer almost half of the adult population still have grandparents.”