As their journey into the unknown begins, two young evacuees, complete with their gas masks in boxes, speak to the crew of the train taking them away from their home town or city. (Historic Military Press)

Author Gillian Mawson shares a selection of evacuee memories which give a glimpse into what life was like for those children sent to live with new families, often many miles from home.

Author Gillian Mawson shares a selection of evacuee memories which give a glimpse into what life was like for those children sent to live with new families, often many miles from home.

In the early hours of 1 September 1939, the carefully devised British Government plans for evacuation swung into operation and millions of children, teachers and mothers began to be moved to safety. World War Two was declared two days later.

Nowadays, the thought of sending your children off into the arms of strangers for months that turned into years is unimaginable. But for many it was a life-changing, even life-saving, experience.

My book gives a unique insight into the evacuation from the mouths of those who lived through it, before they are lost to us forever. I have not attempted to put my own interpretation on the British evacuation experience in this book. I wish to allow those voices from the past to come back to life to tell their stories for future generations, some of which I share below.

The arrival of large numbers of evacuees in towns and villages unsurprisingly created quite an impact. In some cases the population of a village could double overnight. In Lancashire, on 15 September 1939, the Bury Times remarked upon ‘the large number of child evacuees walking around our streets with their smiling faces, greeting everyone with a cheery hello’.

Many evacuees retain strong first impressions of their new homes and of the people who cared for them. The environment was often unfamiliar and they encountered differences in housing, dress, food, language, dialect and religion. Many remember the immediate kindness of their foster families.

Audrey Patterson, for her part, found herself in a house in Bideford, where,

My sister Gwen and I were very lucky to be placed with Mr & Mrs Shute, a lovely couple who were very kind to us and where we were both very happy. I remember she used to make junket, a white sloppy substance sprinkled with nutmeg which I hated, perhaps that’s why I remember it well. 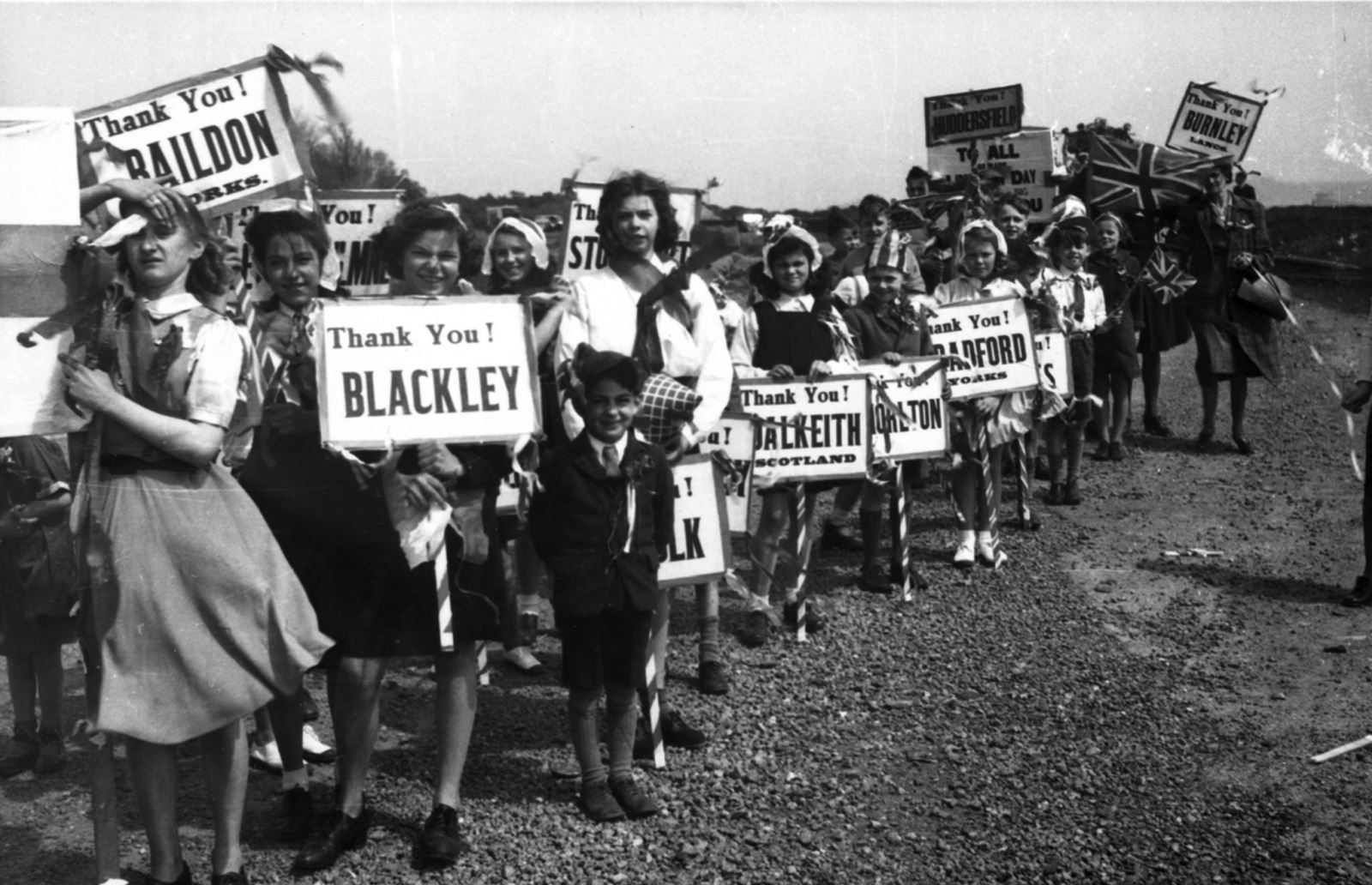 My most vivid memory is of their canaries which were always singing in their cages in the little garden room leading from the sitting room and of an old eccentric cousin, who lived a few doors away, had bright red hair, red lipstick, yellow fingers and who always seemed to have a cigarette dangling from her mouth.

With his mother dead, 3-year-old John Glasgow’s father, who was serving in the Army, had knocked randomly on a door, asking if the family could care for his son. Luckily, Frederick and Winifred Grant, said ‘Yes’ and John remained with them for the duration of the war:

When my father had left me there before returning to the Army, he said ‘this is your new mummy now.’ As I already had my father, my foster father was known as Uncle Fred and foster mother as Mum or later Ma. They also had a live-in lodger, a Scot from Dumfries, Robert Monks. He became like an adopted uncle to me, known as Uncle Bert. These were my surrogate family now. I was three and a half years old and had been embraced into wonderful loving care, all by chance. 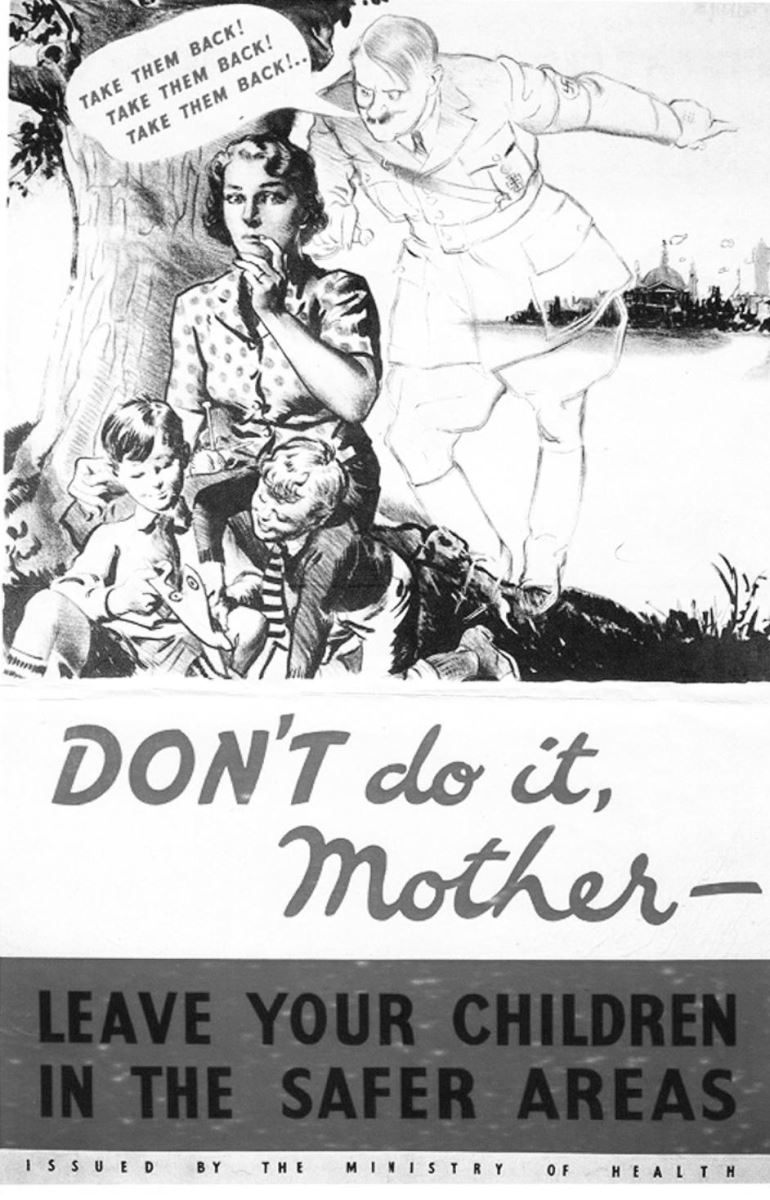 Could it happen today? Some years later when I was old enough to understand, my foster mother told me that my father had told her that some of my mother’s last words to him were ‘Look after John for me.’ A mother thinking of her child to the last. He did look after me.

I thought I was many miles away from home and at that time Bromsgrove was all countryside, trees and fields with lovely big farm houses. I was one of the lucky ones chosen by a family who seemed quite wealthy. Mr King was a departmental head at the Austin Motor Company. Their house was called Blackmore Lodge, a large black and white country house with a plentiful garden.

The Kings were very good to me; they bought me new clothes and nice books to read. I was allowed to go to the farms to help with milking cows, feeding chickens, collecting the eggs, making butter and cheese, having a ride on a horse, but the best was seeing a lamb born. Another exciting time was being taken to Aberystwyth in Wales to see the sea, which I had never done before. All I could say was ‘Ooh, look at all that water.’ To my surprise, Mr and Mrs King had bought me a brand new swimming costume which I immediately changed into and ran splashing along the sea front.

There is a common misconception that most evacuees were sent from poor urban housing to the countryside where the facilities were far superior. As former evacuee, James Roffey points out, ‘To this day many people still assume that all evacuees came from inner city slums, were dirty, had head lice and were not ‘house trained’’.

However, this was not always the case, as Jessie Hetherington recalls the poorer facilities that she encountered in Bishop Auckland:

We were welcomed warmly by our prospective hosts and, after distribution to our new homes, a long day ended. Mine was to a village comprised of long rows of pit houses with outside ‘netties’ (toilets) and very few bathrooms. Saturday was spent seeing that the children were settling in. They had all come from a new housing estate where every house had an indoor toilet and bathroom and most were housed in homes without either – as I was. The kindness of most of the hosts made up for the lack of amenities.

Gillian Mawson is the author of Britain’s Wartime Evacuees, published by Pen & Sword Publishing. The book is the culmination of eight years of research and provides a comprehensive study of the evacuations, using interviews, newspaper reports and official documents. Images from top: As their journey into the unknown begins, two young evacuees, complete with their gas masks in boxes, speak to the crew of the train taking them away from their home town or city. (Historic Military Press); Waiting for the actual time to arrive, Portsmouth evacuees conduct an evacuation drill. (George Osborn and Home Front Museum, Llandudno); Evacuees thank those who cared for them in Britain at Liberation Day parade in Guernsey, May 1946. (Carel Toms Collection, Guernsey); ‘Don’t Do It Mother ’ is the message as Hitler whispers to a mother to bring her evacuated children back from a safe area – one of a number of evacuation posters produced before and during the Second World War. (Author’s Collection)