Letters from the trenches Private Philip Luxton: &lsquo;I find it very lonely now that I have lost my chum&rsquo;. Thinking of writing to your far-flung

Private Philip Luxton: ‘I find it very lonely now that I have lost my chum’.

Thinking of writing to your far-flung family members this Christmas? Read about the letters soldiers sent from the trenches to their loved ones a century ago in Jacqueline Wadsworth’s new book, and gain a little flavour of the letters below. Jacqueline gives a taster...

During the two years I spent writing my new book, Letters from the Trenches, I sifted through many hundreds of letters, diaries and postcards from the First World War, and I can honestly say there was never a dull moment. Even the most mundane correspondence was fascinating because of the extraordinary circumstances in which it was written.

Every now and again, however, a line from a letter or card would jump out and stop me in my tracks, not because it expressed the horror of war, just the opposite in fact. The most memorable lines were those that revealed that compassion, humour and stoicism still endured despite the savage fighting, and below are some of the most moving ...

‘The bearers lowered the stretcher several times to rub his hands’

Even in the chaos of battle, soldiers never failed to take care of each other and this was movingly described in a letter from an Army Medical Corps captain to the father of a 21-year-old Second Lieutenant Charles Alderton who was mortally wounded during the Battle of Cambrai. ‘Two stretcher bearers of ‘C’ company carried your son back,’ wrote the captain. ‘One of them told me that Mr Alderton had no pain, was very quiet and complained only of his hands being cold. The bearers lowered the stretcher several times to rub his hands. So far as I can gather he said nothing further.’ 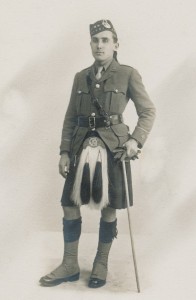 Second Lieutenant Charles Alderton: 'The bearers lowered the stretcher to rub his hands'.

‘It cut me up awful when I heard he was killed’

Strong bonds were forged between men in the trenches and it could be heartbreaking when friends were killed. ‘I find it very lonely now that I have lost my chum,’ confided Philip Luxton to his wife in 1915, ‘it cut me up awful when I heard he was killed.’ Just a few months later Private Luxton, too, would be dead.

Rifleman Tom Fake served two long years on the Western Front, but when the conflict finally came to an end, celebrations were the last thing on his mind.  In a war-weary letter to his wife in Bristol, all he could think about were the simple pleasures he had missed so much: ‘It is just two years ago today I sailed to France, and it seem s to me like five. Yes I hope we shall have a real good time when I finish up this game, and as you say we will have an outing together. I should like to go as far as Stroud and see your Aunt.’

The letters of Private Edward Kensit, who worked as a botanist in peace time, were full of poignant detail about how the war had affected life in northern France. He didn’t try to hide his sadness: ‘Oh the poor little sparrows here feel the war as there are numbers with broken legs and wings,’ he wrote in the spring of 1916, then a few days later: ‘Shelled in billets, and during all this time there was a little boy selling sweets in the front trenches.’ 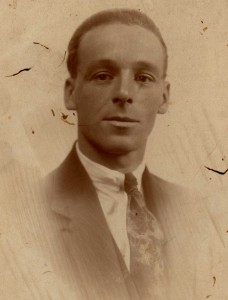 He was led away, as I stood there, to be executed

Even battle-hardened soldiers of the regular army found themselves shocked at times by what they saw. Sergeant George Fairclough, a veteran of the Boer War, sounded numb when his wrote in his diary of August 1914: ‘I saw a Lt Colonel of the French artillery in the market square, he had just been convicted of selling secrets to the Germans and was sentenced to be shot, he was led away, as I stood there, to be executed.’

‘We were told not to pick blackberries while advancing’

Fun-loving Cecil Cadmore, 18, couldn’t help seeing the funny side of the somewhat muddled Army exercises that were meant to prepare him and his fellow soldiers for war at training camp in Hampshire. In 1915 he wrote this tongue-in-cheek letter: ‘Last Tuesday we were doing wood fighting. Before we started we were told not to pick blackberries while advancing. We went thro’ one wood in fine style & across & into another wood. We surprised about 60 of the enemy & captured them, & then got cussed for leaving the first wood.’

‘With all Auntie’s love’

Private Frederick Wood no doubt felt like a man when he arrived in France, aged 18, with the Somerset Light Infantry in 1915. But his favourite aunt still thought of him as the little boy she had always doted on, judging by the greeting she sent him that Christmas: ‘To Freddie, with all Auntie’s love and best wishes for a happy Christmas, Auntie Pollie.’

Private Wood would never grow beyond his teenage years. He was killed on the first day of the Battle of the Somme, aged 19; his body was never found. 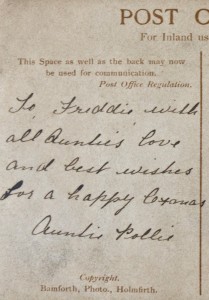 A postcard send with fond wishes from his auntie to Frederick Wood.

Letters from the Trenches is published by Pen and Sword Books, RRP £19.99, available in shops and online.

The book will be reviewed in Family Tree’s January’s issue, in the shops from Monday 29 December, and will be offered to magazine subscribers at a discount price. 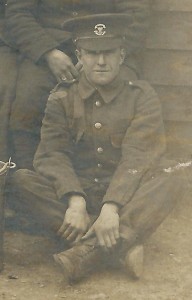 Teenage soldier Frederick Wood and the postcard sent by his loving aunt.