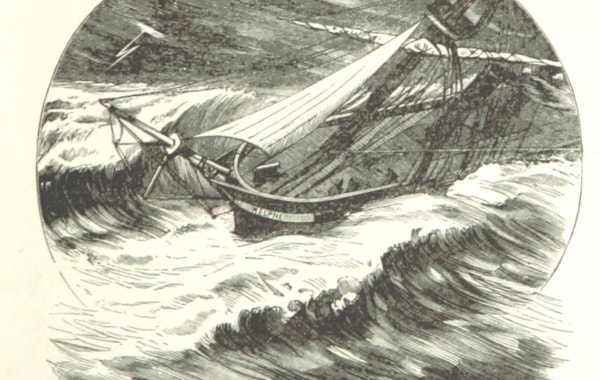 Canadian family history researcher Wayne Shepheard has researched his British roots extensively. This April he will be presenting at Family Tree Live on, among other topics, one of his specialities: natural phenomena and their effect on our ancestors' lives. As Wayne now explains...

In almost any scenario one can imagine involving people and communities in the past, the physical environment has played a major role in living conditions as well as in how the basic necessities of food, shelter and employment were obtained.

Some commonly-occurring events, such as storms or floods, have caused damage and death in just hours; others, such as climate change, have played out over centuries. Many incidents concerning natural phenomena have disrupted normal activities, significantly altered lives and livelihoods and, in many instances, forced people to change their way of life and/or move.

Stories about the places of habitation and circumstances in which people lived, their responses to natural phenomena, and how they adapted to environmental changes are part and parcel of the construction of family histories.

Examples of natural phenomena affecting people and communities include:

Social and political events can often be correlated with natural changes or events which may have caused upheaval and unrest among people. Migration of families, on a local scale or involving whole communities, happened when people could no longer support or feed themselves in areas devastated by natural changes to the environment.

Specific cases selected to illustrate the ideas are primarily from the British Isles because this region is where most lines of Wayne’s family originated and about whom most of his genealogical research has been done. They also represent some of the more extreme historical events that affected large numbers of people and which have been widely documented.

Such events, however, might be found in almost any region of the world and certainly have been common occurrences throughout human history.

How to book your ticket

Wayne's talk  'Natural phenomena (drought, volcanos, etc) and their effects on the lives of your ancestors' will be at 2.30am on Saturday 18 April.

To book your tickets to Family Tree Live click here

Tickets are priced £13 per day and include all lectures and workshops you attend.

Other presentations at Family Tree Live by Wayne Shepheard:

As genealogists we seek information about our ancestors from as far back in time as possible. That being said, not all researchers may be familiar with the term, but some of the most important records we find were created during the time of the Little Ice Age (1300 to 1850 AD).

Because the 14th to 19th centuries encompass the time frame that most coincides with genealogical research, it is important to understand the physical conditions under which people lived in order to assemble the most complete histories of families.

Most genealogists will have read about the almost countless famines that occurred during the late Middle Ages. Stories of the experiences of ancestors and how they coped may have been incorporated into a few family histories, at least in terms of the times and places in which they happened.

But is there a clear understanding of how such events came to occur? Or why they appear to have been more common during that time-period? Or how such events were so impactful?

The 1739-1741 period was a time when climatic conditions combined with political and social elements to produce a major disaster that affected all of Europe. Given those parameters, it was an event that all family historians might wish to look at from the standpoint of how it may have affected their own ancestors.