The friendly folk of the Association of Genealogists and Researchers in Archives (or AGRA for short) will be on hand to offer free one-to-one help with your research queries at Family Tree Live, taking place at Alexandra Palace over two days in April 2019.

AGRA’s welcoming members are all professional genealogists so this really is an opportunity not to be missed.

If you are trying to trace missing ancestors, their advice could set you on the right path straight away, so you can take the next exciting step in your family tree research.

Take a look at our case study, published in the May 2018 issue of Family Tree magazine. A reader wanted help in tracking down two missing ancestors, who were causing her sleepless nights. Pam Ross, a professional genealogist, AGRA member and author of Researching Your Family History, offered some great research leads.

I am seeing two missing ancestors on the line of my paternal grandmother, Julia Yale, 1892-1923.

Julia’s father was Thomas Yale (born Sedgley 1858, died Stafford Lunatic Asylum of general paralysis in 1899). After his birth Thomas (father Thomas, mother, Mary née Skelton) does not reappear until 1883 when he and Mary Woodvine (born in Monk’s Coppenhall, Crewe, in 1865 and died Shelton, Stoke on Trent 1936) have a daughter, Mary Elizabeth. He is missing person number one.

The other one who is causing me sleepless nights is Julia’s grandfather, George Woodvine. He was born in Whixall, Shropshire in 1832, the second child of Joseph Woodvine and Mary, née Ashley. Joseph was accidentally killed by a ferocious bull in 1847 aged 45 and Mary died a few months later, age 48, of influenza.

In 1860 George married Sarah Powell in Swynnerton, Staffordshire. Sarah already had an illegitimate son, George, born 1859. After the marriage Alice Jane was born in 1861. Their next child was Julia’s mother, Mary, born in 1865 in Crewe.

After this, this small family seems to fall apart. In 1867 Sarah is back in Wem as a witness at her sister’s marriage. However by 1871 Sarah, along with George jnr, who in both 1861 and 1871 was named Woodvine, was working as a cook for a GP in Newcastle under Lyme. Alice Jane was with a family named Gregory, recorded as granddaughter but I can find no link between Gregorys, Powells, Woodvines or Ashleys. Mary was living with Sarah’s brother, Joseph Powell and his family.

After this there is a very complex set of events in the Yale and Woodvine families which leads to the marriage of Thomas Yale and Mary Woodvine in 1886.

In 1871, cook, Sarah, is recorded as married but in 1874 she marries Henry Arkinstall in Longton giving her status as widow. Henry and Sarah have three children. She appears to have abandoned her two legitimate daughters. George reverts to his birth name of Powell and is the informant on Sarah’s death in 1913.

What of George Woodvine snr? There are about eight instances of criminal activity by George Woodvines. By matching with newspaper reports I have eliminated about five of these. There is a George Woodfin who is habitually drunk in Ellesmere and there is a death in 1883 for George Woodvine killed by falling from his waggon in Shiffnall, (death certificate). There are several trees on Ancestry who have this George married to Sarah Powell, however the age is several years out and there is a creditable birth and marriage for the right age to Mary Austin. Newspaper reports put him in Prior’s Lee where Mary lives. I am certain this is not my George. There is one newspaper report in The Manchester Evening News in 1872 of a George Woodvine, countryman, being robbed. Could this be my George? There is a George, about the right age in Durham, from Silverdale. There are several Woodvines in Silverdale.

I would really like to know why Sarah abandoned her daughters and what happened to George? One of Mary’s daughters did live a few streets away from Sarah in 1901. There are so many unanswered questions with Julia’s ancestors. It has taken me several years to unravel Mary’s own unhappy story. Any suggestions would be really appreciated.

Don’t assume that ticking the ‘variants’ box on a website will cover all spellings. Try your own variants, too, and use phonetic searches when they’re offered. (Who would have thought of Yeal as a variant of Yale but when you sound it out, it’s obvious.)

Work at identifying family groups, including the ‘outsiders’ – it saves a lot of time.

Try address searches on FindMyPast and The Genealogist.

Track people in electoral registers, many of which are now online.

Piecing together the clues

Thomas Yale senior is fairly easy to follow through census and electoral addresses. Mary Yale (née Skelton) was at Ladymoor, Sedgley between 21 October and 23 November 1858 for the birth and baptism of Thomas William but I can’t find her in the 1861 Census. It’s possible she lodged with Joseph Skelton for the birth.

In 1871, the family was at Broad Lanes, Sedgley. Have you looked closely at James Yale, roughly the same age as Thomas William would have been? Consider whether James was, in fact, Thomas – a slip of the pen by the enumerator transcribing into the schedule? In a quick check I could find no matching birth registration or baptism. You need to identify James and eliminate him. Was he another grandchild?

Mary Elizabeth Yale, daughter of young Thomas William and Mary (formerly Woodbine) was baptised at Etruria, Staffordshire on 26 July 1885. On the same day Josiah John Woodbine, born 12 March 1881, son of Mary Woodbine spinster, was baptised and obviously not claimed by Thomas Yale as his son. This gives you a period when Thomas and Mary were not together. Try looking for a solo Thomas in the 1881 Census, or Thomas with another woman.

Other records to try;

• Consider that he might have been transported, joined the Army, Navy or travelled abroad in search of work leaving his wife and children ‘temporarily’ behind. Findmypast has some 19th-century military records.

• Don’t forget to look at Scottish and Irish records too – Scotlands People and Irish Genealogy.

See if you can use some of Pam’s suggestions to track down your own elusive past kin.

AGRA is the professional organisation promoting high professional standards in the field of genealogy and historical research in England and Wales. It is prominent as a representative voice in matters relating to genealogy and all of its members and associates agree to abide by a stringent Code of Practice. You can search the AGRA directory to find a researcher here.

Head along for one-to-one family history advice from AGRA experts at Family Tree Live, taking place 26-27 April in partnership with the Federation of Family History Societies.

FamilySearch, FamilyTreeDNA, MyHeritage and the Society of Genealogists are all associate sponsors of the event, where you’ll also be able to attend lectures and workshops, browse exhibitor stands and find everything you need genealogy-related all under the roof of London’s historic Alexandra Palace.

Advance tickets are just £12 each (£10 for Family Tree magazine subscribers, free for under-16s), so we’ll see you there! 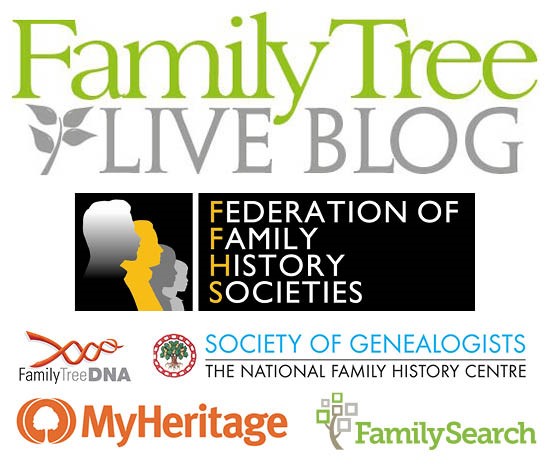