Findmypast and The National Archives today publish the highly anticipated 1921 Census of England and Wales online, as the 100-year rule, which ensures records are closed to the public for a century, has ended.

After three years of intensive conservation and digitisation and with the help and support of the Office for National Statistics, the Census is now available to search and explore online, only at FindMyPast.

Taken on 19 June 1921 after being delayed by two months due to industrial unrest, the 1921 Census saw over 38,000 enumerators dispatched to every corner of England of Wales to capture the details of more than 38 million people. This included over 8.5 million households, as well as all manner of public and private institutions ranging from prisons and military bases to public schools and workhouses.

Split into three sessions, the conference will be hosted via Zoom, and will bring together historians, with panellists discussing the 1921 Census records and the wider historical context of our ancestors’ work, homes & lives in the post-WW1 world of 1921. Find out more and book your bundle ticket today!

Offering more detail than any previous census ever taken, the 1921 Census of England and Wales not only asked individuals about their age, birth place, occupation and residence (including the names of other household members and the number of rooms), but also their:

Now accessible to the public for the first time, these documents provide visitors to Findmypast with the opportunity to uncover the lives of their ancestors, the history of their homes and communities, as well as providing a snapshot of life during an era that will resonate with many today.

Falling between the two world wars, the record paints a disparate picture of England and Wales, from the Royal household to the average working-class citizen, still reeling from the impact of WW1 a major housing crisis, the Spanish flu pandemic, ravaged economy and industrial turmoil.

QUICK LINK: WHY DOES MY ANCESTOR APPEAR TWICE ON THE SAME CENSUS?

The publication of these documents will mark the last significant census release for England and Wales in many people’s lifetime as the 1931 Census was destroyed in a fire and the 1941 Census was never captured due to the Second World War. This means the next census will not be available until 2052.

Snapshot of a nation

The 1921 Census demonstrates the rapid social and cultural change the country was undergoing, with the changing role of women and the impact of World War I proving particularly apparent.

Owing to the vast number of men who fell in the war, the Census reveals there were 1,096 women for every 1,000 men recorded, with this discrepancy being the biggest for those aged between 20 and 45. This means there were over 1.7 million more women than men in England and Wales, the largest difference ever seen in a census. Also, now that ‘divorce’ was an option for marital status, over 16,000 were recorded but this figure is likely to be much higher due to the stigma surrounding divorce at the time.

There was also a dramatic increase in the number of people recorded in hospitals with a 35% increase from 1911, three quarters of whom were men presumably suffering from wounds received in the war. Thanks to the additional information recorded on the status of parents and children, the census also reveals the devastating impact the war had on families with over 730,000 fatherless children being recorded versus 261,000 without a mother.

As a result of the number of men killed or left permanently disabled, the 1921 Census also saw many more women stepping into employment, with an increase in the number of women working as engineers, vets, barristers, architects and solicitors. Notes of protest and pleas have been discovered among the schedules from struggling individuals, including that of 39-year-old veteran Thomas Mawson who was left “consumptive” after being gassed in France. Mawson left a note on his return describing how he was “going to the sanatorium” as he had “not worked since the war” and was struggling to live on 30 shillings a week.

Just as we are coping with Covid-19 today, the 1921 Census also reveals how the Spanish flu affected the psyche of the population, with one record being stained with disinfectant and featuring a comment about how the writer was doing everything he could to avoid catching the illness. 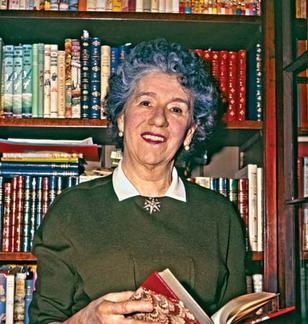 From the famous to the infamous, the documents also provide a vivid snapshot of the lives of prominent individuals alive at that time, including cultural icons such as Lord of the Rings writer - J.R.R. Tolkien (pictured top), Famous Five author - Enid Blyton (pictured left), Peter Rabbit writer - Beatrix Potter, Winnie the Pooh author - A.A. Milne and the creator of Sherlock Holmes, Arthur Conan Doyle. On the night the Census was taken Conan Doyle was playing host to a number of mystics and psychics, suggesting he may have been holding a seance at the time.

Real-life members of the Peaky Blinder gang, including founding member Thomas Mucklow, and other notorious criminals such as serial killers John Haig, the “acid bath murderer”, and Reginald Christie of 10 Rillington Place can also be found within the records

Due to the fact householders could now specify the names and addresses of their employer, and even the materials they worked with, this was the first Census to record many of the iconic brands which are now household names. This includes Boots, Cadbury’s, Selfridge’s, Schweppes, Sainsbury’s, Rolls Royce, McVities and many more, revealing where and how the workers that helped build them lived.

Tamsin Todd, CEO of Findmypast says: 'This is a day when we as a nation get to reflect on our shared history and personal history, as we read the extraordinary stories captured by the 1921 Census of England & Wales. Taken between two world wars, following a global flu pandemic, during a period of economic turmoil and migration, with social change at home as women won the right to vote, the 1921 Census documents a moment in time that will resonate with people living today.

'It has been a great honour for Findmypast to work with The National Archives as its selected partner to digitise and transcribe the 1921 Census. I am incredibly proud of our Findmypast team who have worked with passion and dedication to conserve, scan, and transcribe 38 million historical records. Our advanced search technology enables family historians to easily find and view images of the 1921 Census, and connect individual records into their family trees. Family historians around the world can now meaningfully search the Census to reveal where and how their ancestors lived and worked 100 years ago.

The 1921 Census will be available online, only at FindMyPast from 6 January 2022. It will also be available to view in person at The National Archives in Kew as well as the National Library of Wales in Aberystwyth and the Manchester Central Library.