Spotlight on the Women’s Library Collection at LSE 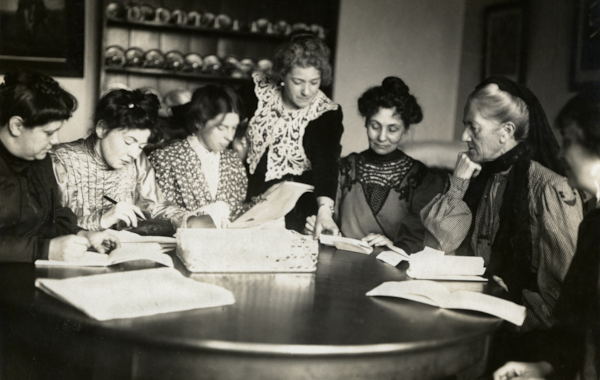 The story of women in the UK over the past 150 years can be explored within the Women’s Library Collection, at the London School of Economics and Political Science.

The story of women in the UK over the past 150 years can be explored within the Women’s Library Collection, at the London School of Economics and Political Science. The Women's Library Collection is the oldest and largest collection on suffrage in the UK, with UNESCO Memory of the World recognition

Ahead of the centenary year of the Representation of the People Act (1918), which gave the vote to some women, the library looks forward to welcoming many new researchers who are hoping to find out about family members involved in the suffrage movement.

Among the collection highlights for anyone tracing ancestors who were involved in the suffrage movement are reference books, minutes, annual reports relating to suffrage societies, and suffrage journals.

The journals are a particularly rich source of information on the topic of the votes for women cause, with articles, notices of meetings, advertisements and conference reports, many of which contain the names of individual campaign supporters.

Each of the major suffrage societies produced its own journal to spread its message and keep members up-to-date. The titles available include The Common Cause (1909-1920) [National Union for Women’s Suffrage Societies], The Vote (1909-1933) [Women’s Freedom League], Suffragette (1912-1915) and Votes for Women (1907-1918) [Women’s Social and Political Union].

The thought of reading annual reports and minutes might not seem thrilling but they often contain a wealth of information about an organisation’s activities.

The Women’s Library collection contains annual reports of the early suffrage societies in bound volumes within the Ruth Cavendish-Bentinck collection. Most, however, are loose copies. There are also the records of the NUWSS and many of the annual reports and correspondence of affiliated societies. Annual reports can also be found scattered in personal papers of suffrage workers and might not be listed.

You can explore the catalogue online or visit the library, which is open Monday-Friday 10.30am-5pm and Saturdays by appointment.​ Explore the library's Suffrage 18 programme of events for 2018.