How to use the tithe survey for family history 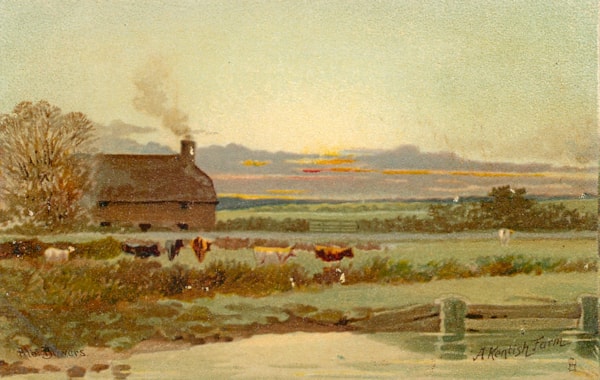 Discover fascinating details about the living and working conditions of your 19th-century farming ancestors with Donald Davis’s guide to using the tithe survey.

The tithe survey was carried out between 1836 and 1850. The maps and schedules (apportionments) documented the owners and occupiers of farms and the size and uses of their fields. These farms were mapped with their houses and outbuildings. This mapping was conducted when the first two modern census enumerations were carried out in 1841 and 1851.

The old system of paying one tenth of what you produce ‘in kind’, that is in paying church taxes by turning over a portion of the annual crop or animal yield to the church, was modernised. Henceforth monetary payments were made. The apportionment documents record the owners and occupiers of properties. Every home, garden, orchard, and plot of land, large or small, is numbered for easy reference to the corresponding tithe map.

The nature of each plot is described, whether arable, covered in timber, pasture, plantation or even waste. The 1841 Census allows us to populate the houses seen on the contemporary tithe maps and to learn the name, approximate age and occupations of each resident. If the survey of your ancestral place was among those surveyed closer to 1851 then that richer enumeration will be the census to choose to populate the homes seen on the tithe map.

Where do I find tithe maps?

There were three copies created of the tithe maps - one was sent to the parish, one to the diocese and the original was kept by the Tithe Commissioners. It is these originals that are kept at the UK National Archives in IR18.

This guide was extracted from a ‘Three Pots of Gold’ research article in the September 2020 issue of Family Tree. Get your copy here.