How to trace Caribbean family history - 'Finding your way home' 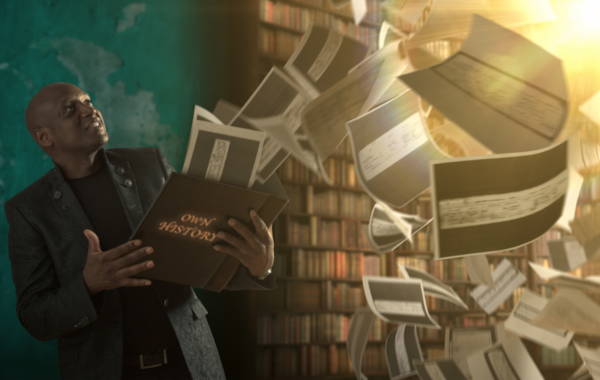 ‘Mum inspired me to think more about our roots. She was a child of the Windrush – coming to Britain in 1957 – and we all knew so well of our Jamaican heritage. Yet as I sat by her bed in hospital, I realised that I didn’t even know my grandparents’ full names.’ This was the moment that it came to Adrian that his purpose in life was to bring his family together. That, without care, their shared history would be lost in time. And so he began.

‘There are certain things we know of – such as our Jamaican heritage. But we also know that we have African heritage too,’ explained Adrian. ‘Most people, when researching their Black ancestry, want to connect ethnically – this is a powerful, powerful thing – but prior to DNA this was not possible to even think of. Now with DNA it is – and the main question to answer then is: “How are we related?”.’

How to trace Caribbean family history

This is where traditional, papertrail research comes in. You might have heard the myths – that there are no records, that they’ve been destroyed in a hurricane, that a birth was never registered, that you can’t trace back before your Windrush grandparents…but records do exist, online and in archives – and it is possible to go further back in time, even to the era of slavery.

When he started out with his family research the records weren’t online but day after day he’d pore over the documents at The National Archives, Kew: ‘I was so determined, I was unstoppable – there every day, I just didn’t want to leave. And wanted to find every record possible!

What was it in the archives that had captured Adrian’s imagination?

‘Discovering the Former British Colonial Dependencies Slave Registers (T71 Series) at Kew, spanning, 1813-1834: these were the records that enabled me to find a number of my enslaved African ancestors and their slave holders.’ These were the records that Adrian couldn’t put down – and which amazingly led him to find his African ancestor,  Eboe Venus. She was born in Nigeria and transported aged 15 to Kellett's plantation estate in the early 1800s – where she was enslaved in Clarendon, Jamaica for many years, but fortunately lived long enough to gain her freedom in 1838.

Why had the records been kept?

‘When the Abolition of the Slave Trade Act came into force in 1807, it became illegal to transport Africans to the British Colonies, which created a black market for slaves,’ explained Adrian. ‘Colonial governments had to keep a type of census every three years of the lawfully enslaved, by registering slaves by name, age, colour, place of birth – identifying them as African or Creole.’

What other records are useful for tracing Caribbean family history?

In addition to the Civil Registration records of births, marriages and deaths, which, in Jamaica for instance date from 1880, there are:

Parish Church Registers – which can help you trace family in church records in Jamaica back to the 1760s. You will find early baptisms of the notable, free blacks and people of colour, but very few slave marriages or burials exist until the 1820’s, as there was growing pressure from the Baptist Missionaries’ movement to educate people religiously.

Ancestry - UK, Incoming Passenger Lists, 1878-1960 - Trace the passenger list of the Windrush generation, arriving in the United Kingdom from their Caribbean ports.

Manumission of Slaves (Grant of freedom contract) - spanning largely from 1770 to the 1834, these detail the monetary ‘value’ of your slave ancestor, and sometimes information about who freed them

Wills – slaves – chillingly as property – were bequeathed by owners; sometimes slaves were freed by owners too.

Tombstone Inscriptions – find the names of your Ancestors and the image of the tombstones, an extraordinary collection by Jamaican Ancestral Records

Plantation records – Found in few archives but largely held in private hands; include crop accounts, slave voyages, correspondence, runaways, lists of the enslaved, occupations and runaways. The records of smaller plantations can be especially useful – as often many people on them are related, just small family groups. Adrian has found his ancestors in Kellett’s Plantation in Clarendon, which had 630 slaves in 1817.

Surnames – your ancestors’ surname can help you plot your slave ancestor to a plantation. But these surnames can be misleading – as your ancestors’ name might be changed, and have no blood connection to the name. So do note the surname; but don’t assume too much.

I am stuck researching my Caribbean family history. How can you get round research roadblocks?

These records above are helpful, but what can you do if you’re stuck. Here are some solutions and suggestions that Adrian’s found helpful:

‘Twelve million people were transported as slaves – probably a further twelve million didn’t make it. Today we’re standing on the shoulders of the people of the past. Their experiences, their lives, their genes – this is my inheritance.’

What would you like to tell people who are curious about their Black roots?

‘Finding your way home – finding where you come from makes you feel proud. I didn’t even know that’s what I was doing when I first set out to trace my family history. But now it’s my mission to find my family, bring them back together, and to help other people find out where they’ve come from too.’

‘Here’s my story. Now I want to help you find your story,’ says Adrian.

He’s a man on a mission, and he means what he says. Come to Family Tree Live – hear his talk, take his workshops and chat to him on his stand and take the next step on your family history road to discovery.

The lecture tickets and workshops tickets are included in the Family Tree Live day ticket (£12 per person, children go free).

Click below to pre-book and save your seats at Adrian's workshops and workshops (first come, first served):