How family history inspired my writing: from the River Kwai to the Thames 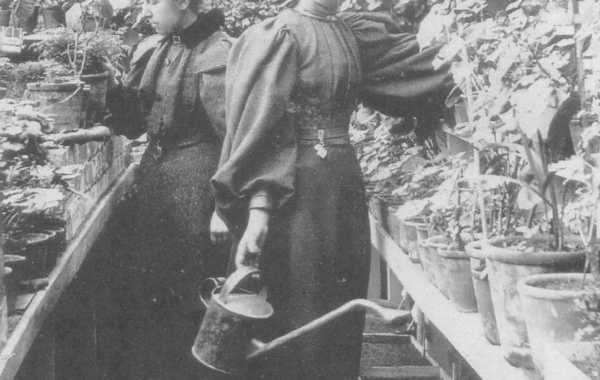 How family history inspired my writing: from the River Kwai to the Thames Images

Ann Bennett reveals how her family history inspired her to write and publish her novels, including her latest, The Foundling’s Daughter

I’ve always been inspired by history. As a child, the books I treasured most were the Ladybird History series, bringing to life the stories of inspiring historical figures as well as famous kings and queens. I also loved to write and illustrate my own stories. I carried both these interests into my adult life. I always kept a journal, tried my hand a short-stories and drafted a couple of full-length novels over the years, none of which saw the light of day.

It wasn’t until I embarked on research into my family history that I had the idea for a novel which eventually led me down the road to publication.

Researching Dad, a PoW in WW2

My father served in the Indian Army in the 1930s, signing up during the depression when there were very few jobs available in London. He was sent out to India and stationed on the North West Frontier for several years, and volunteered to serve in the Malaya campaign during at the start of World War II. He was stationed in Kuala Lumpur at the start of the Japanese invasion and taken prisoner by the Japanese at the Fall of Singapore along with 100,000 other Allied soldiers. He spent the rest of the war as a prisoner, starting his incarceration in Changi PoW camp in Singapore. He was sent to work on the Thai-Burma railway in November 1942 where he spent three-and-a-half years, and finally ended the war in Taiwan. He suffered brutal treatment, malnutrition, disease, and the sinking of his transport ship, the Hofuku Maru, by the US Navy off the Philippine coast.

His life was shortened by his ordeal and he died when I was only seven. As I grew up I became increasingly interested in his wartime experience. I travelled to Thailand in my early twenties and visited the museums at Kanchanaburi, beside the Bridge on the River Kwai. Although this was a fascinating experience, it didn’t give me any specific information about my father. Back home, I visited the reading room at the Imperial War Museum and read many personal accounts and diaries written by prisoners, but it was not until more information and documents became available to the public in the early 2000s that I was able to find out more about what had happened to my father.

With the help of members of the Far East Prisoner of War Association (FEPOW) and the Taiwan PoW Camps Memorial Society, I discovered that PoWs had been questioned by military intelligence on their return to the UK and required to complete ‘Liberation Questionnaires’. I was stunned to find my father’s Liberation Questionnaire in The National Archives at Kew, written in pencil in his own handwriting. It listed all the camps in Thailand in which he’d been imprisoned. It also described many events he’d witnessed and experienced during his time as prisoner, including acts of sabotage on the railway, and heroism of some officers during the sinking of the Hofuku Maru.

I wanted to make sense of what had happened to him and to preserve his story, so I used the events he’d described as the basis for the plot of a novel. I called this book Bamboo Heart. It tells the story of a fictitious soldier and prisoner of war and that of his daughter who years later embarks on a quest to uncover secrets about his wartime experience. It was published in 2014 by Monsoon Books, an independent publisher based in Singapore and now also in the UK. I followed that up with two more books about the war in South East Asia; Bamboo Island – about a rubber planter’s wife in Malaya whose life is torn apart by the Japanese invasion, and Bamboo Road, about a young Thai woman, a member of the Thai underground who risked their lives to help prisoners of war near Kanchanaburi. All three books in my Bamboo Trilogy were inspired by the research I’d done into my father’s wartime experience.

Along the way I’d joined Ancestry UK and was contacted by a distant cousin on my father’s side, who’d done a fantastic amount of research into the family tree, tracing the Bennett line all the way back to the 1500s. Our grandfathers had been brothers; two of the 11 children born to Brice and Eliza Bennett who lived at Wargrave in Berkshire.

• How to guides – Getting started

My great-grandfather, Brice Bennett, was the headmaster and superintendent of a County School for pauper children, housed in the former workhouse in Wargrave. I looked up the 1881 Census and it shows that several of Brice’s children were teachers in the school alongside their parents. The family lived near the school in a large Edwardian house. Later, through this connection, I was contacted by other family members and sent numerous grainy black and white photographs of my grandfather’s siblings. There were photographs of them relaxing and playing croquet on the lawn of their house in Wargrave and one of two of my great-aunts watering plants in a greenhouse attached to the County School.

I was fascinated by this picture of those two young women in the conservatory, entitled ‘Georgie and Evie’. It made me think about what their lives might have been like. I wondered what it must have been like to grow up and subsequently work in the institution that your father ran, and be so much in his shadow.

I did some more internet research and discovered the 1881 Census on which the two sisters were called Georgina and Eveline, born in 1867 and 1869. My grandfather was five at the time of that census. It also lists all the 170 or so pupils who were resident at the school at that time.

I visited Wargrave, and the cemetery there where Brice and Eliza have large imposing graves side-by side. They were clearly well regarded in the local community. The County School, housed in the former workhouse, had long been demolished. However, their story captured my imagination, and all this research and family history eventually evolved into the plot of my next book, The Foundling’s Daughter.

I set it partly in an orphanage in the fictitious town of Weirfield on the River Thames (based of course on the County School for pauper children at Wargrave), run by a charismatic but disgraced Baptist Minister, the Reverend Ezra Burroughs, who, despite his fervent religious side and position in the community harbours dark secrets and an unsavoury past.

Ezra Burroughs has two daughters, Connie and Evie, who live in his shadow, in awe of and terrified of their father, years after his death and well into their old age.

The book tells the stories of three different women; Sarah Jennings, Anna Foster and Connie Burroughs, generations apart, whose lives are all affected in different ways by Ezra’s dark deeds. It is partly set in the days of the Raj in India in the 1930s, where Anna lives the life of a bored memsahib on the British cantonment, coming to terms with her loneliness and the fact that she’s been duped into a loveless marriage.

I’m proud to say that book is now out, published on Amazon and getting a lot of positive feedback from readers. And I’m now thinking about my next book – wondering what aspect of my family’s past will inspire me next!

• The Foundling’s Daughter by Ann Bennett is out now in paperback (£8.99 from Amazon) and Kindle.

You can also find out more on Ann's website, Bamboo Heart.