There's a book in every person... 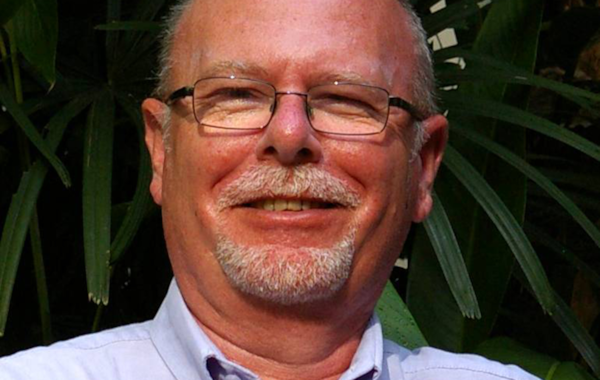 Family history isn't just about the dim and distant past, it's about us too - our part in the story, our understanding of times gone by. Author Steve Ward shares his thoughts on one of the most valuable things you can do with your family history research

They say that everyone has a book inside of them waiting to be written. That’s probably more than true for family history enthusiasts. Steve Ward has been involved with family history research for over 20 years and written a number of books along the way. Read on and see how Steve has done it and discover how you too might put pen to paper...

I have always enjoyed playing around with words. Little did I think that when I retired few years ago, I would reinvent myself as a writer. The lives and times of our ancestors can provide a wealth of inspiration for books or extended stories; and they don’t just have to be dry factual chronicles that record people, dates, and places – you can make them as interesting and exciting as you wish. All it needs is a bit of creative research and a desire to tell the story.

Take for example an ancestor of mine named William Gaze. William was born in 1801 and grew up as the son of a carpenter in rural Gloucestershire. Nothing much dramatic or exciting in that – until I discovered a memorial engraving to him on the Gaze family headstone in St. Bartholomew’s churchyard in Churchdown. The inscription read;

And here began the story of William Gaze that led me on a fascinating journey into his life.

Where was Swan River Island and who were the natives? What were the circumstances of his death? So many questions were raised by this simple inscription. I knew that there was a Swan River in Western Australia, so that seemed a good place to start. But what would William be doing there? Was he a convict, a soldier, a missionary … or what? After some extensive internet trawling I began to tick off the possibilities; not a convict, not a soldier, not a missionary. But wait! Here was a reference to a settler named William Gaze being killed by an aborigine named Yagan in Kelmscott on the Canning River, a tributary of the Swan River. So, William was a settler – a breakthrough at last.

Following this line of research I discovered that he had been indentured to an entrepreneur named Thomas Peel and that he had been on one of the first boatload of pioneer settlers to Western Australia in 1829. I then contacted the State Library of Western Australia to see if they held any records or materials relating to William. They did indeed, and were able to send me copies of accounts of his death, his Will and Testament, an Inventory of his belongings, and a report of the first case in the Court of Western Australia in which William claimed against Thomas Peel for non-payment of wages. William won his case and was freed of his indentures and given a piece of virgin land on the outskirts of Kelmscott. It was while he was clearing this land in June 1832 that he had a confrontation with a group of aborigines lead by Yagan. Although relations between the native aborigines and the settlers had at first been cordial, by 1832 matters had become quite tense. The settlements were expanding rapidly and increasingly encroaching on aboriginal lands. Whatever the circumstances of that fateful day, William and his young friend John Thomas were attacked. John managed to escape to a nearby garrison but William was speared and left for dead. He died the next day.

Getting a feel for daily lives

With this information I had the outline of a story waiting to be told – but it needed more background information. What was life like for a carpenter in rural Gloucestershire in the early 1800s? What were the possible reasons for someone upping sticks and moving to an unknown world? How would he have become an indentured man? What was the journey like from Churchdown to Western Australia? How would the pioneer settlers have lived when they first arrived? What were the conditions like? What about the relations with the aborigines? All of these questions were answered through further research and wider reading – and copious note-taking!

Weaving the story from the facts

So, I had an outline of the story – but what next? I created a factual time-line for William, from him as a young man in Churchdown through to his untimely death in Western Australia. Once I had the facts in place I then had to weave into the story the social conditions, and the events of the time in order to give it a historical context …and to make it interesting. The central characters in the story were factual, but other characters were introduced to allow the story to develop. Although there was no extant record of William’s voyage to Australia, other ships’ journals and logs of the period provided possible situations and events that William could have experienced. For me, William became a real person who I felt that I had really come to know. His story had now developed into more than just a few dusty records.

How to turn notes into narrative

I am often asked the crucial question – so how do you actually write the story? We all have different ways of working. I keep quite detailed research notes on a card filing system, with references, quotes, and other interesting information that I might want to use. It’s not that I don’t like computers, I use one every day, but I find that I am more comfortable with this system. You could store all your research information just as easily on your computer system – but make sure that you keep back-up copies of everything you write! I once lost an entire piece of work because my cat jumped up onto the keyboard and managed to delete everything!

The actual writing process is very individual. If I am writing historical fiction as opposed to fact, I prefer to write in long-hand and then later transpose it onto the computer. Although I have an outline of what I am going to write, I find that I am something of an ‘organic’ writer, and often the storyline will take a twist or a turn I hadn’t initially planned for, and sometimes this improves the story altogether! There is no hard and fast rule to writing. I know some writers who slavishly follow a detailed plan, although I personally would find that too restrictive. How much should you write, and when? Again, it all depends on you. Some people write something every day, others write when they are in the mood. In the William Gaze story I aimed to complete a chapter per week, some days I wrote more than others; and some days I wrote nothing at all – but William was never far from my thoughts! I think that sometimes we forget that thinking time is just as important as actual writing time.

So what tips would I give to you would be writers?

1. I think firstly find an individual ancestor or event that really captures your imagination and demands that the story be told.

2. Then you need to carry out some detailed factual research; gather as much documentary evidence that you can – and keep notes!

3. After that comes the wider research and background reading.

4. Create a time-line for your central character(s); know where your story begins and where it ends.

5. Begin to weave your background information into the time-line and then just enjoy telling the story.

My family history research into William Gaze gave me the inspiration for my first historical novel The Indentured Man (Amazon Books 2013). Other ancestors who were circus and music hall performers have encouraged my life-long passion for the circus. As a result, I have also written several books on historical aspects of the circus. Other ancestors are waiting to have their stories told.

Steve Ward is a retired teacher. With a passion for history, and particularly that of the circus, he now spends his time as a genealogist and a writer. His published books include;

Beneath the Big Top; A Social History of the Circus in Britain (Pen & Sword 2014)