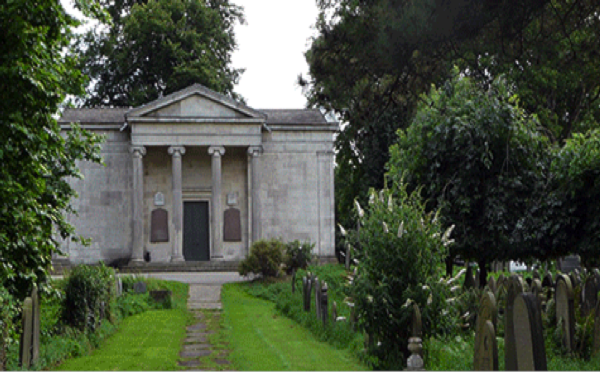 York Cemetery, looking towards the chapel

York Cemetery, like many others, has a team of enthusiastic and friendly volunteer genealogists who are very willing to help visitors and enquirers looking for their ancestors and we offer to guide visitors to the graves they are looking for.

Not all cemeteries are able to offer this service, however, so what would be the best way to approach this line of enquiry?

What to take with you?  Depending on the advice given by cemetery staff, a few suggestions might be:

Do have a look at our webpages and the companion genealogy site (which is still under construction - check back as more information is added over the coming months). You can also follow Friends of York Cemetery on Facebook. 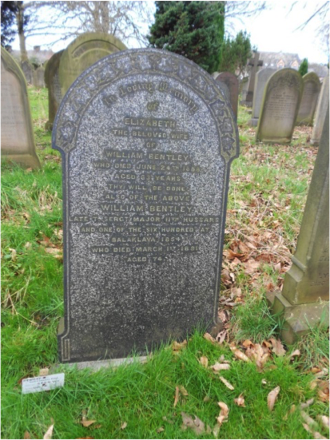 A memorial could be any permanent marker placed on a grave, a simple vase, kerb or headstone for example.  Memorials vary widely in the detail of information inscribed upon them, some giving only a name and date, others, like the one shown here, can be very informative.

In the Unconsecrated Section of York cemetery, where Catholics and Nonconformists were laid to rest in the nineteenth century, a large, granite headstone with a carved decoration announces the grave of Elizabeth Bentley and her husband William. The inscription tells us that William was a military man, a Troop Sergeant Major of the 11th Hussars, and one of the ‘six hundred’ at Balaklava in 1854, a quote from Tennyson’s poem about the Charge of the Light Brigade during the Crimean War. 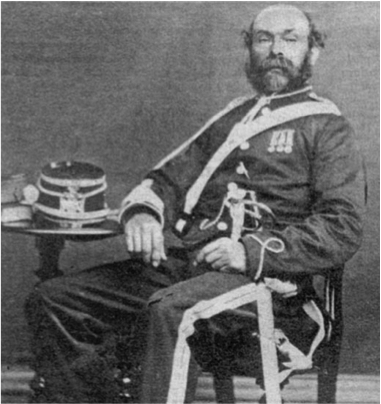 The size and quality of the headstone indicate a well-off man, as does his last address, an area of York with substantially-sized Victorian terraced houses.  His will, accessible on Ancestry.com shows he left £118, a tidy sum for those times.

More details of Sgt Bentley’s life and his part in that memorable event were found in an article published in the York Evening Press in 2004 for the 150th anniversary, which is still available online.

Burials without a memorial

An email enquiry led us up an interesting path.  The enquirer wanted to know whether a married couple, Helena and James Dyke were buried in the Cemetery.  Helena Dyke was easily found in the cemetery records, but the other person in her grave was John Joseph, not James, Dyke, and there was no memorial on the grave.  A search of the genealogy website FreeBMD showed that his birth was registered under the name of John Joseph.  Intrigued, we Googled him and found that he also went by the name of Colville, or Col. Dyke.

An interesting website revealed much more. John Joseph and his wife Helena had been music hall stars during the 1870s and 80s, John as Col. Dyke, the ‘Popular Prince of Ventriloquists’, and Helena as Lena Love, the ‘strange clairvoyant and Fairy Fortune Teller’.

John Joseph later described his occupation as a photographer, cinema manager and as a herbalist. Even without the presence of a memorial on the grave, a lot of information came to light about this fascinating couple.

Read more about getting out and about to discover your family history in the May issue of Family Tree magazine, available now.