Five places to explore your US ancestry in the UK 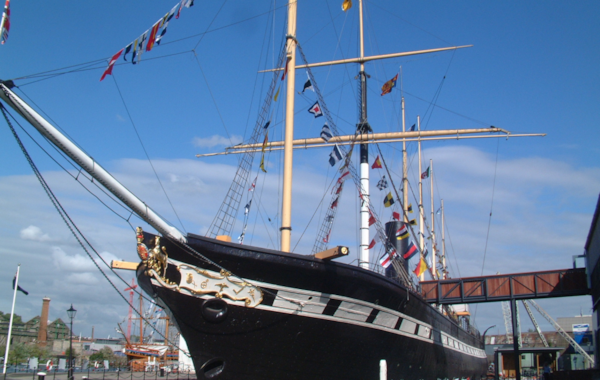 Five places to explore your US ancestry in the UK Images

2020 marks the 400th anniversary of the historic voyage of the Mayflower ship from the UK to the ‘New World’ of America. The anniversary will commemorate the legacy of the passengers and crew who undertook the epic journey inspired by an unquenchable desire for freedom; and for whom the voyage promised newfound liberty.
There are over 35 million descendants of the passengers and crew who sailed on the Mayflower in 1620 and the Mayflower 400 UK national visitor project aims to reach out to these descendants and other ancestral tourists to invite them to visit England and be a part of the anniversary year.
Here are just a few of the places highlighted as must visit places for US travellers looking to learn more about their ancestral roots in the UK:
Those interested in their ancestry can access objects and expert help from one of the world’s finest maritime collections. The 67,000 items in the collection include books and periodicals, logs and personal diaries of crew members and passengers. The collections also include the complete run of Mariner’s Mirror and an almost complete run of Lloyd’s Register.
Website.
The IBCC provides a world-class facility acknowledging the efforts, sacrifices and commitment of the men and women, from 62 different nations, who came together in Bomber Command during WWII. The project also covers the stories of those who suffered as a result of the bombing campaigns and those whose survival was guaranteed by the humanitarian operations of Bomber Command. There is a free-to-use digital archive of documents and oral histories from across the world, covering aviation and military heritage.
Website.
Tracing English ancestors can begin at home, through Essex Records Office’s remote search option for US residents. The Essex Record Office holds many thousands of documents, maps, photographs, sound recordings and videos
Website.
As well as housing exhibitions, events and performances, Plymouth’s flagship building for the Mayflower 400 commemorations will also be the principal archive for the area’s historical records. Plymouth’s shipping records, house and property histories and cemetery, prison, mortuary and workhouse records are all held here. Archive highlights include Plymouth’s Bomb Book, which records where and when various devices were dropped on the city during World War II air raids. Group tours and talks and help from a private researcher are available on request. There’s an online catalogue too. Opening 2020.
Website.
The visitor centre incorporates personal stories, photographs, films and interactive displays including Americans in Great Britain. Group tours are free and visitors are advised to book in advance. There are also an extensive amount of educational resources available online.
Website.
MAYFLOWER 400
The 11 UK member destinations within the Mayflower 400 programme are:
•       Austerfield, Doncaster
•       Boston, Lincolnshire
•       Dartmouth, Devon
•       Gainsborough, Lincolnshire
•       Harwich, Essex
•       Immingham, Lincolnshire
•       Plymouth, Devon
•       Scrooby & Babworth, Nottinghamshire
•       Southwark, London
•       Southampton, Hampshire
•       Worcestershire
QUICK LINK: Find your London ancestors for free