Despatches from my attic Some of the Birmingham workers who accepted the challenge of emigrating to Australia to work for the BMC factory in Sydney (Birmingham Evening Despatch. 26 March 1956)

When libraries shut down during the Covid pandemic, Simon Wilcox turned to family records to help him complete his history book on Birmingham and its links with the Commonwealth.

Sitting in a dark corner of my attic at home in Warwickshire is a black metal chest that contains a fading collection of diaries, journals, newspaper cuttings and photograph albums once belonging to my father. He was a journalist in Birmingham for more than three decades and I am intensely proud of these records of the past I inherited from him when he passed away. Important to me as they are, however, I have to admit that they have been allowed to languish up there in the eaves, barely touched or read from one year to the next.

At least that was the case until one late summer’s day in 2020, when, armed with a key and a gritty sense of purpose, I unlocked a hatch in the ceiling, pulled down a set of cantilevered wooden steps and headed back into the loft. With Birmingham now preparing to host the 2022 Commonwealth Games and having set myself the task of writing a book about the city’s historical links with the former countries of the British Empire, the trunk, I hoped, had some hidden secrets to reveal.

My reasoning was based on the fact that my father Ron Wilcox had been the motoring and industrial correspondent on two Birmingham newspapers in the 1950s – the Gazette and the Evening Despatch – and had thereafter become the editor of the local Chamber of Commerce journal. As such, I thought, he may well have had something to say about trading links between the Midlands and Commonwealth countries during that all-important post-war era. 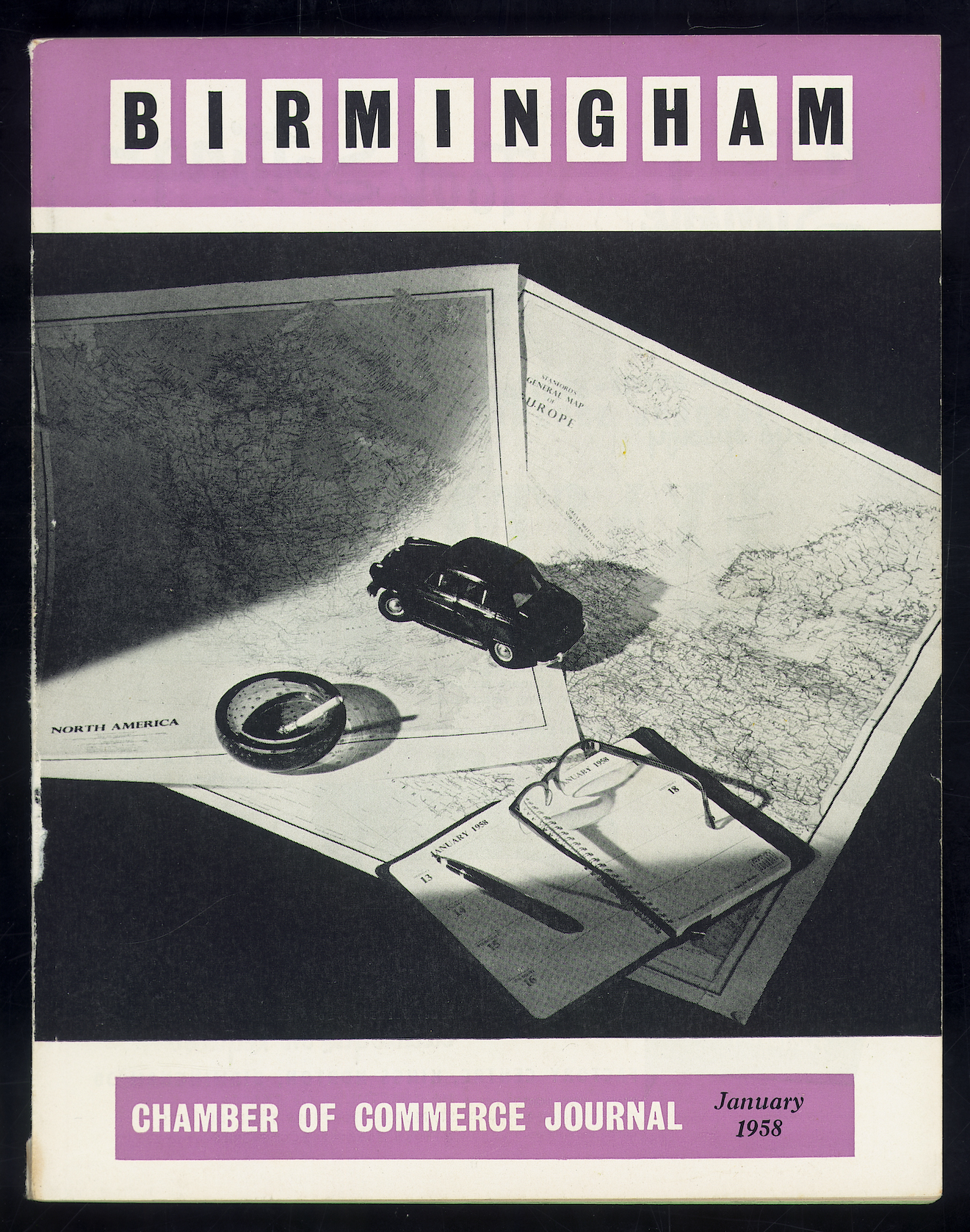 Which way to turn – Europe or the Commonwealth? The confusion was already evident in my father’s relaunch issue of the Birmingham Chamber of Commerce Journal in 1958

In fact, by now, I was banking on him to have rather a lot to say because, with the sudden arrival of the coronavirus pandemic, the doors of the Wolfson Centre for Archival Research at Birmingham Library, along with other libraries which I had relied on for my research, had suddenly shut, destined to remain that way for more than a year. The pressure was now on for my family archives to deliver!

As soon as I opened the first leather-bound file, though, I knew I would not be disappointed. As a journalist, my father was well used to marshalling his sources, weighing up his facts and presenting them soberly to the world. Here was the report about the boss of Norton Motorcycles travelling around India and Malaysia drumming up sales; over there was his appraisal of the latest Austin Seven rolling off the assembly line at the Longbridge car plant. 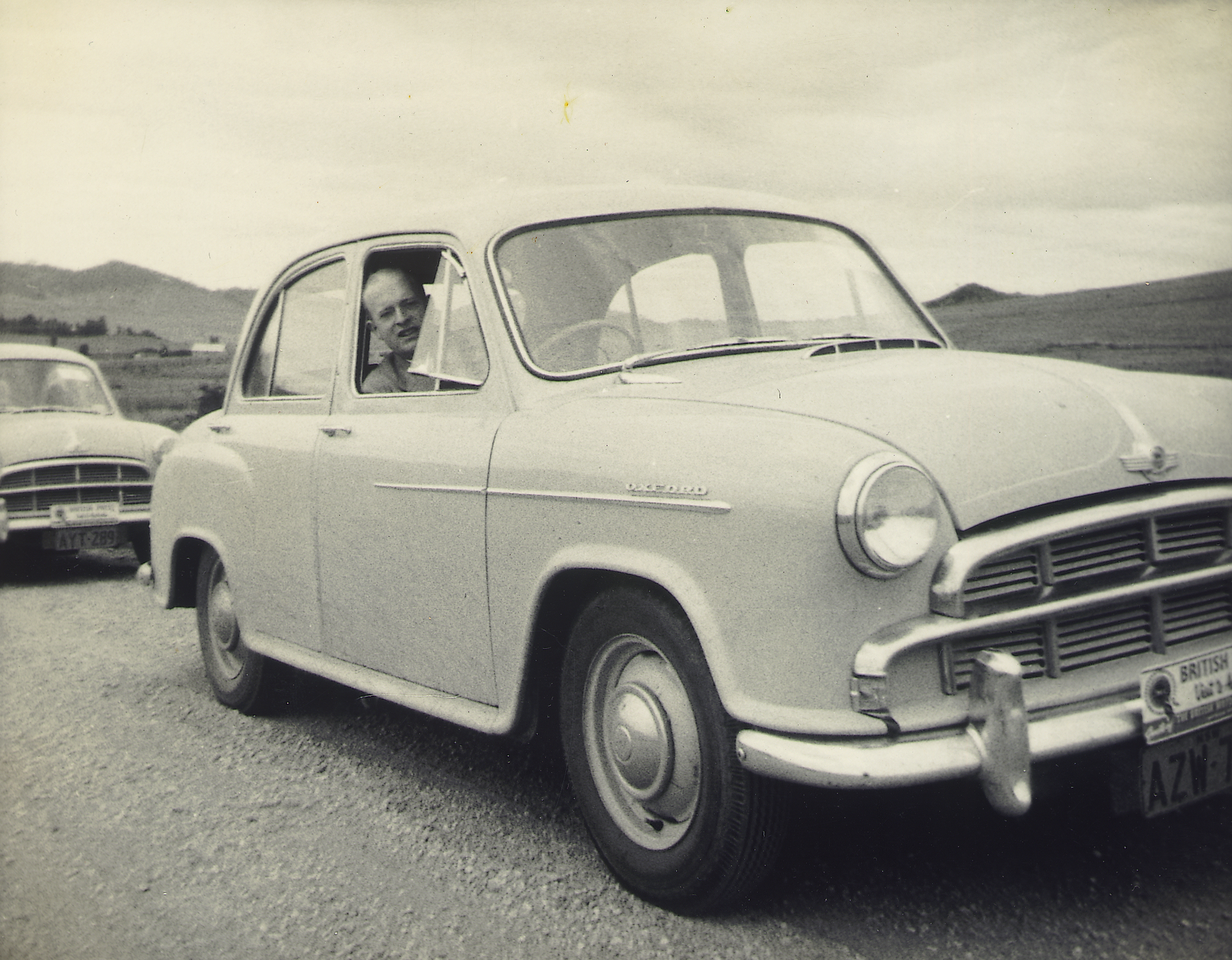 Ron Wilcox driving a Morris Oxford up to the Snowy Mountains on a press visit to Australia in 1956. (Pictorial Record of the British Press Visit to Australia, February – March 1956. The British Motor Corporation (Australia) Pty. Ltd)

Furthermore, there were the despatches he sent back from his Antipodean press trip to see the factories set up by the Birmingham motor industry in Sydney and Melbourne, which featured interviews with Midlands engineers who had accepted the challenge of emigrating to Australia to work over there.

This was not to say I could take everything at face value. When it came to my father’s editorship of Birmingham’s Chamber of Commerce journal between 1957 and 1982, I was looking for evidence of the changing relationship between the Midlands business community and the Commonwealth as the UK sought membership of the European Common Market. Therefore, I knew that I had to ask more questions of the material, scrutinise it for examples of shifting attitudes and realities. On the one hand, there were the British trade figures pointing very favourably towards Europe. On the other hand, if you looked beyond the statistics, it was obvious that British firms were still sentimentally inclined towards the old Commonwealth markets.

Many of my father’s sentiments, for instance, were wrapped up in his RAF days stationed near Accra in Ghana during the Second World War. Over the years, he made several attempts to write his memoirs of the time, and pride of place in his writing desk at home in Birmingham were three albums of photographs he took of everyday life in this West African country.

One picture has always stood out for me. It is of a woman with her three children. Wearing a heavily braided garment, she is likely to have been from the Ga ethnic group. She is staring straight at the camera, fixing its gaze with her powerful eyes. 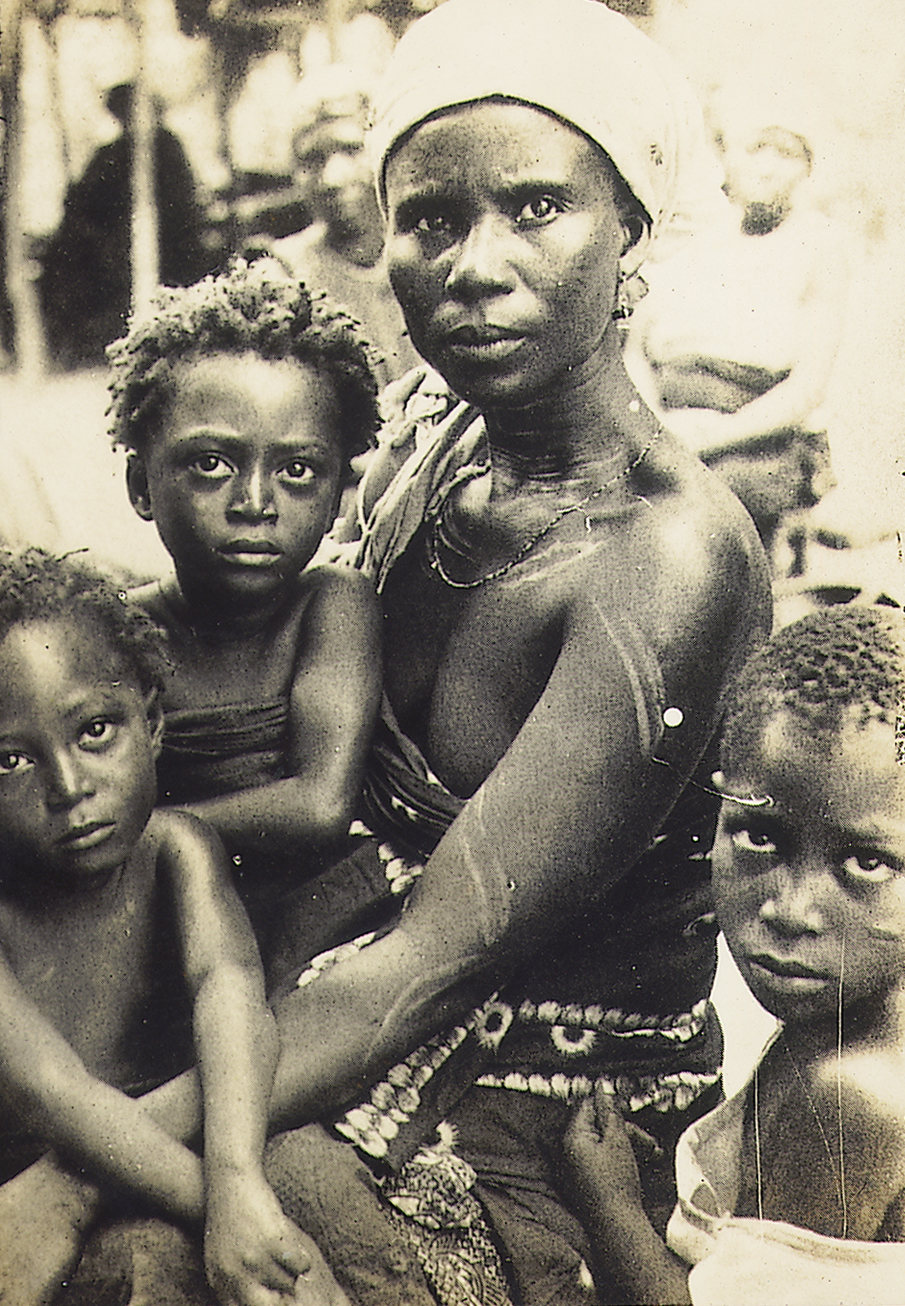 A woman from Accra, probably from the Ga tribe, with her family. (Photo by RW Wilcox)

A moment in time captured on camera, bringing the past to life. This was just one of the mementos hiding in the shadows of an attic that managed to shine a light on the historical ties between various Commonwealth countries – Australia, Ghana and more besides – and a proud city in the English Midlands. 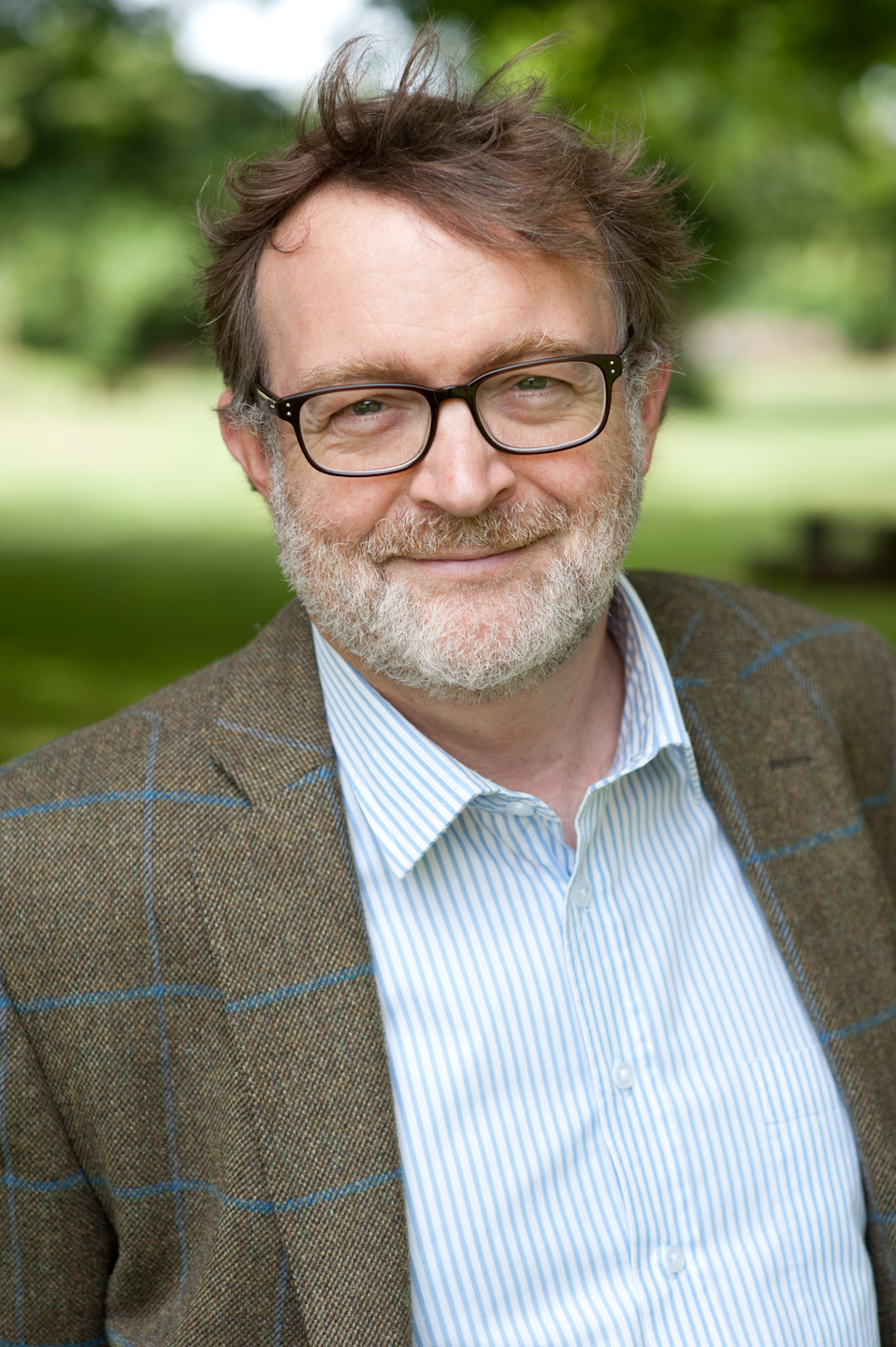 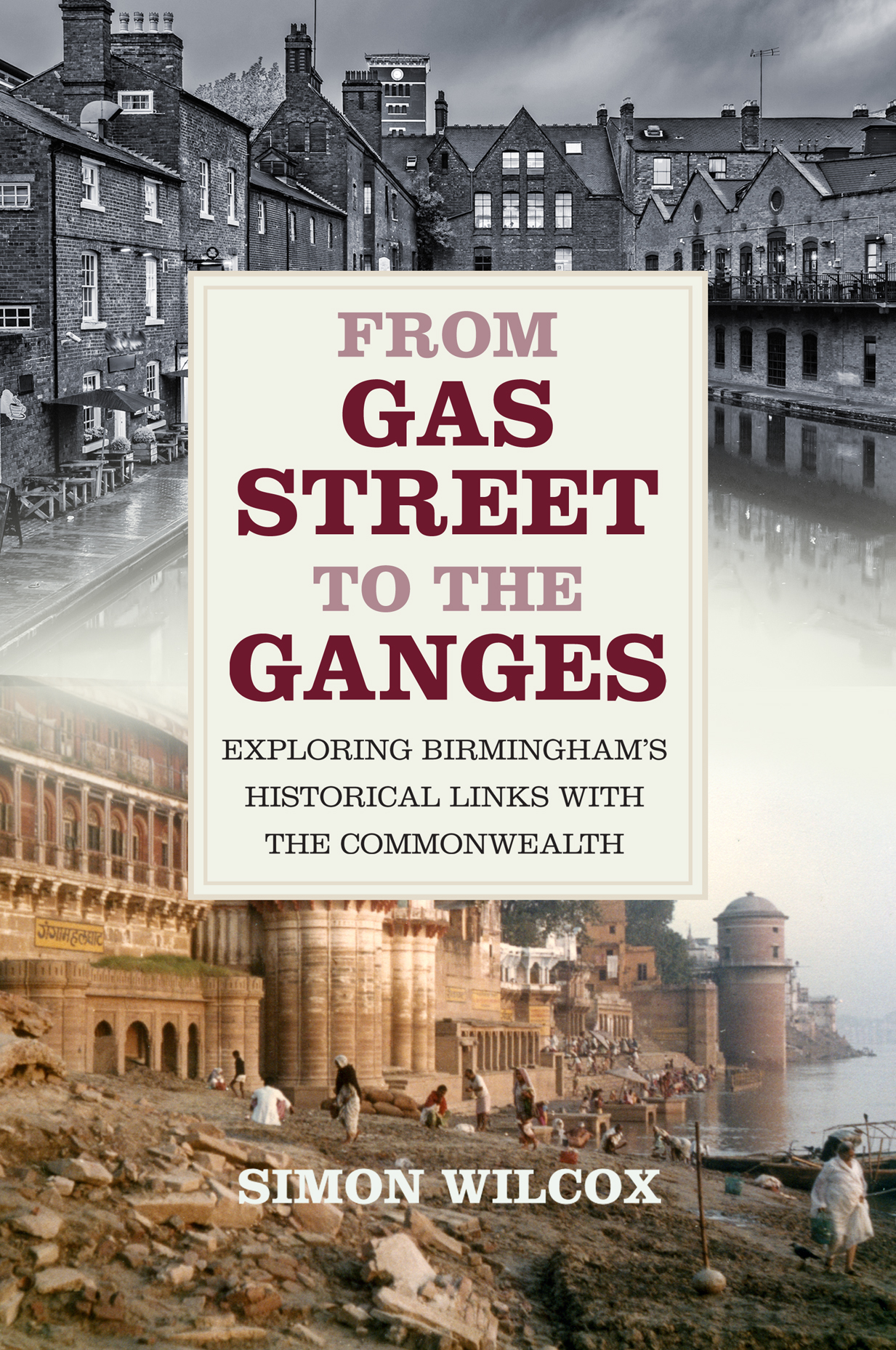 From Gas Street to the Ganges by Simon Wilcox is published by The History Press and is available to buy from various outlets.

If ever there was a regional UK city with the credentials to host the 2022 Commonwealth Games, Birmingham was always it. One in ten people in the city were born in an overseas Commonwealth country, and even more have family in member nations such as India, Jamaica and Pakistan. Many of these are descendants of the generation who arrived after the Second World War to find work during the city’s manufacturing boom years.

But, as Simon Wilcox discovers, the links go much further back than that. In fact, the connections started with the canal-building zeal of Birmingham’s industrial pioneers in the eighteenth century who built a canal network that spanned out from the Gas Street Basin. It was this network that opened up a new world of trade for the city – a world which revolved around metal, chocolate and weekly shipments of Ceylon tea.