Boris Johnson is related to ten US presidents The findings show that Boris Johnson has family connections with these ten US presidents:

The research shows that Boris’s American ancestry is rooted in New England, particularly in Connecticut and Massachusetts, including a 17th-century Connecticut immigrant of royal descent: Elizabeth Alsop Baldwin.

Helen’s eight great-grandparents had the surnames:

Among the maternal Frisbie ancestors, Elizabeth Alsop Baldwin was a 3 x great-granddaughter of Alice Boleyn, wife of Sir Robert Clere and aunt of Anne Boleyn and Queen Elizabeth I. 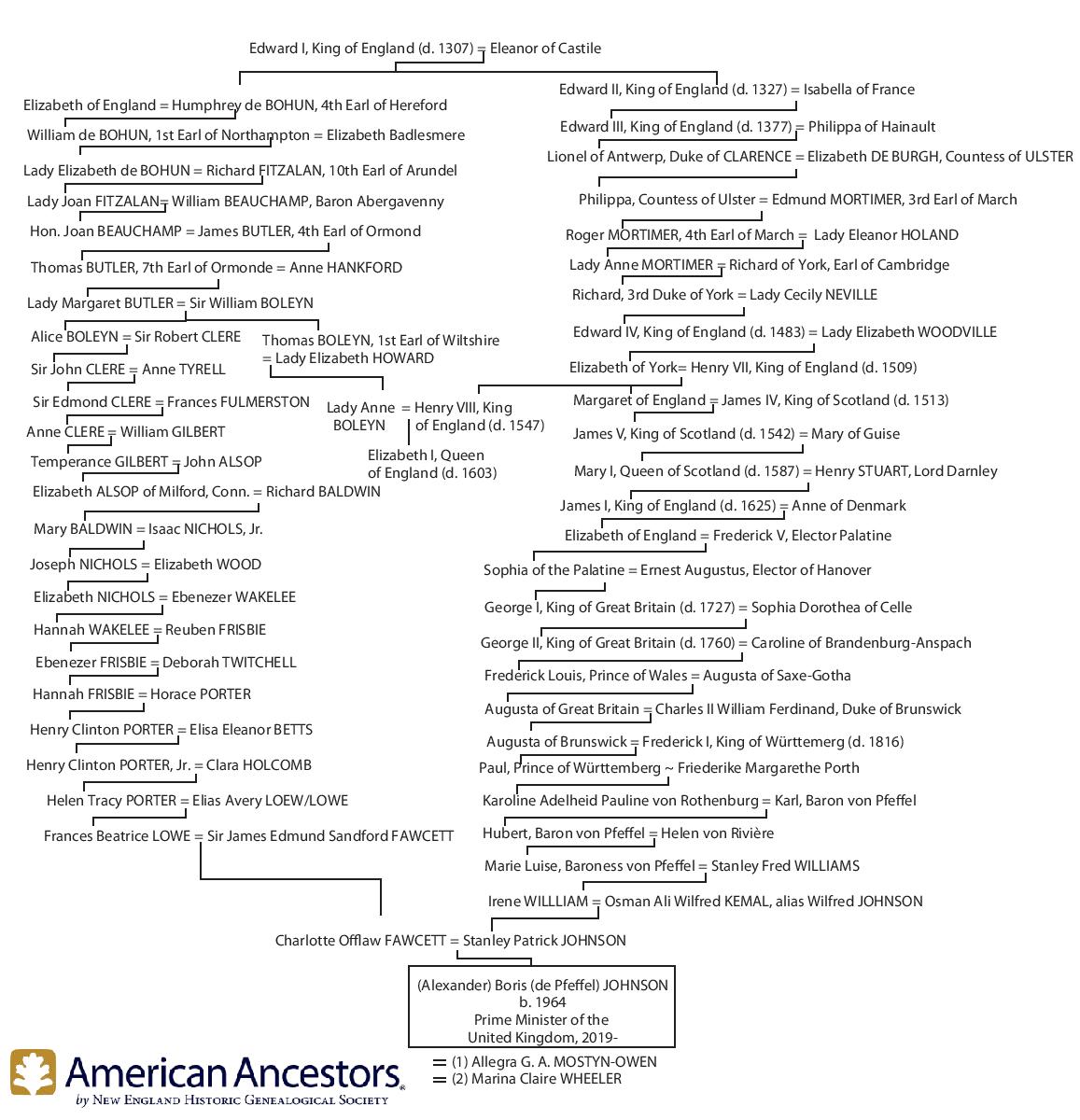 Interested in starting your own family tree? Order our beginner's chart for just 99p here