Collaborating cousins Ann Crichton-Harris and John Pollard have put the past 18 months of lockdown to very good use, investigating the life, times and rather mysterious death of much-respected author and journalist Josiah Harris, uncovering numerous surprises as they pieced together his story. Some questions remain unanswered, however …

One of the questions surrounded the marriage of author Josiah Harris to a woman named Lydia.

While the inferred date of marriage, indicated by the 1911 Census, was 1874, their marriage certificate reveals a date of marriage registered in 1900.  Added to these two conflicting pieces of information was a photograph of a young woman, remembered by family members to depict Lydia, but the date of the photo seemed not to depict fashions c. 1900. 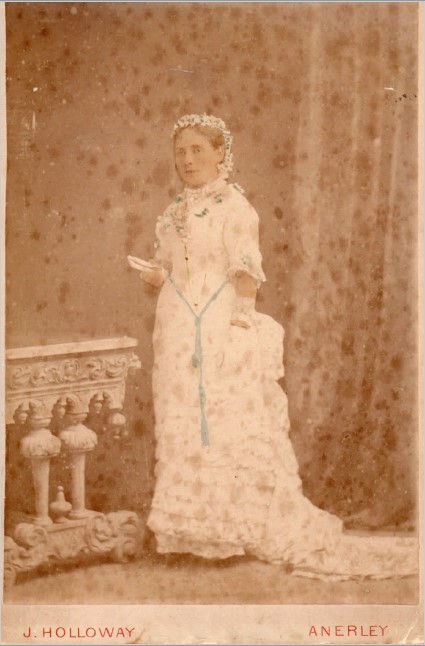 Family Tree called on the services of photo-dating specialist Jayne Shrimpton to see what light she could shed.

This is quite an unusual wedding image, compared with the more common double studio portraits of the newly-weds or, conversely, larger outdoor scenes. A professional studio photograph, this portrays the bride alone, decked out in ornate white bridal attire. As we see, it has been retouched by hand using watercolour paint, enhancing the bride’s facial features, her delicate floral-sprigged headdress and bodice, and blue girdle (the latter fulfilling the requirement for ‘….. something blue’). This was an expensive bridal ensemble and relatively costly photograph designed to produce a luxurious, picturesque effect.

Before the early 20th century, most brides from ordinary social backgrounds simply wore their best fashionable daytime clothes to their wedding – a good coloured outfit that could be re-worn in the future. However, the fashionable Victorian ideal was a romantic white bridal gown trimmed with floral accessories, as here, and brides from affluent and well-connected families generally favoured that feminine option.

Whether wearing a regular daytime costume or special bridal gown, wedding attire followed the prevailing fashionable silhouette, so can usually be accurately dated from its style, its appearance on the body. In this photograph, the slender cuirass line of the late-1870s and early-1880s is apparent, formed by a figure-hugging, elongated corset that moulded the figure in a smooth, unbroken line extending throughout the torso and over the hips. This produced a tight-fitting bodice and narrow-fronted skirt, the lower section often pleated or flounced in tiers, while the early/mid-1870s bustle effectively collapsed behind the waist, creating a fall of cascading drapery, ending in a train, exactly as seen here. This distinctive style dates our image to c.1876-1882.

I have included a fashion plate firmly dated to 1880 which shows a bride in similar fashion, albeit with the addition of her veil. Both images demonstrate the narrow late-1870s/early-1880s lines, other pronounced similarities including the elbow-length sleeves, long white gloves with bracelets worn on top and even the little white book (a prayer book, perhaps?).

Reinforcing the c.1876-1882 time frame suggested by the image, the printed design on the back of the card mount displaying ornate capital letters, scrolling filigree work and elaborate outer border is typical of the late-1870s and 1880s. I also investigated the named photographer and studio address, using the reputable website for early London photographers. This states that Jesse Holloway worked from 1, Versailles Terrace, Anerley Road, Penge between 1877 and 1881: see Photo London. However, we can safely extend the cited 1877 back to 1876 since trade directories (on which this was probably based) were usually compiled the year before publication. 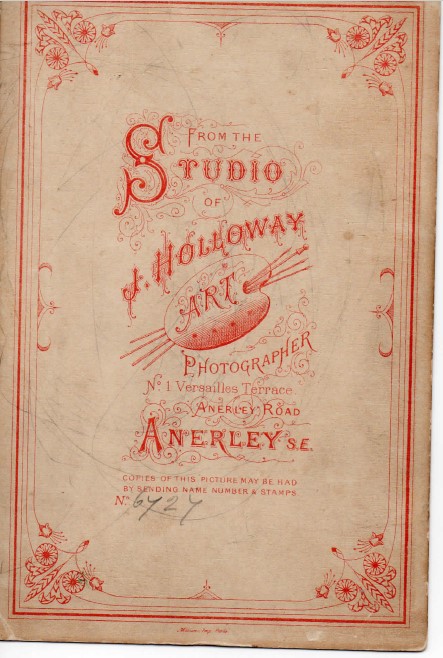 So, to conclude, all the available evidence here seems to point to a time frame of 1876 to 1881 for this interesting wedding portrait. The bride appears young, aged probably in her 20s, so assuming this photograph belongs to your family collection, she will most likely be an ancestor born between the mid-1840s and early-1860s.

Combining the visual image fashion clues and the details of the photographer on the mount Jayne believes that the photo dates from c.1876-1882. The proximity of this date to the inferred marriage date of 1874 (see the 1911 Census entry for Josiah and Lydia) only serves to thicken the plot.

Find out more about the story:

To read the full account of Ann Crichton-Harris's and John Pollard's research, please see the August issue of Family Tree, available from 9 July 2021 as a print or digital issue here. 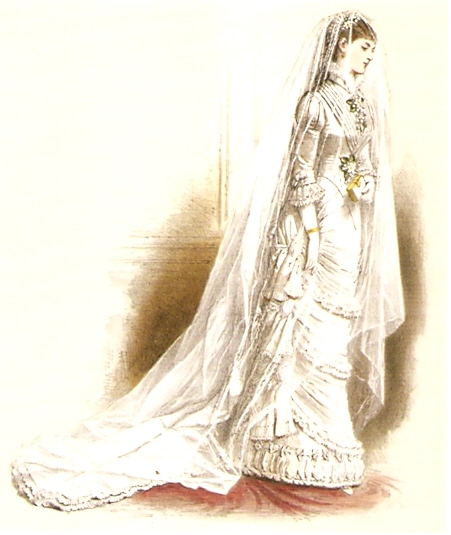 The image firmly dated to 1880 which Jayne Shrimpton provided by way of comparison with the family photo of Lydia.