Ancestry and the Royal British Legion remember over 1.5 million home front heroes of World War I

Ancestry has mapped out how the ‘Total War’ looked across the UK after over two thirds of Brits admitted they know little or nothing about how the war was fought on home shores.

In addition to the six million soldiers that fought on the front line, millions of Brits back home supported the war effort in an astounding number of ways – from factory ‘munitionettes’ to miners, messenger pigeon breeders and Boy Scouts spotting enemy ships, as well as thousands of Postal Workers based in London’s Regent’s Park. 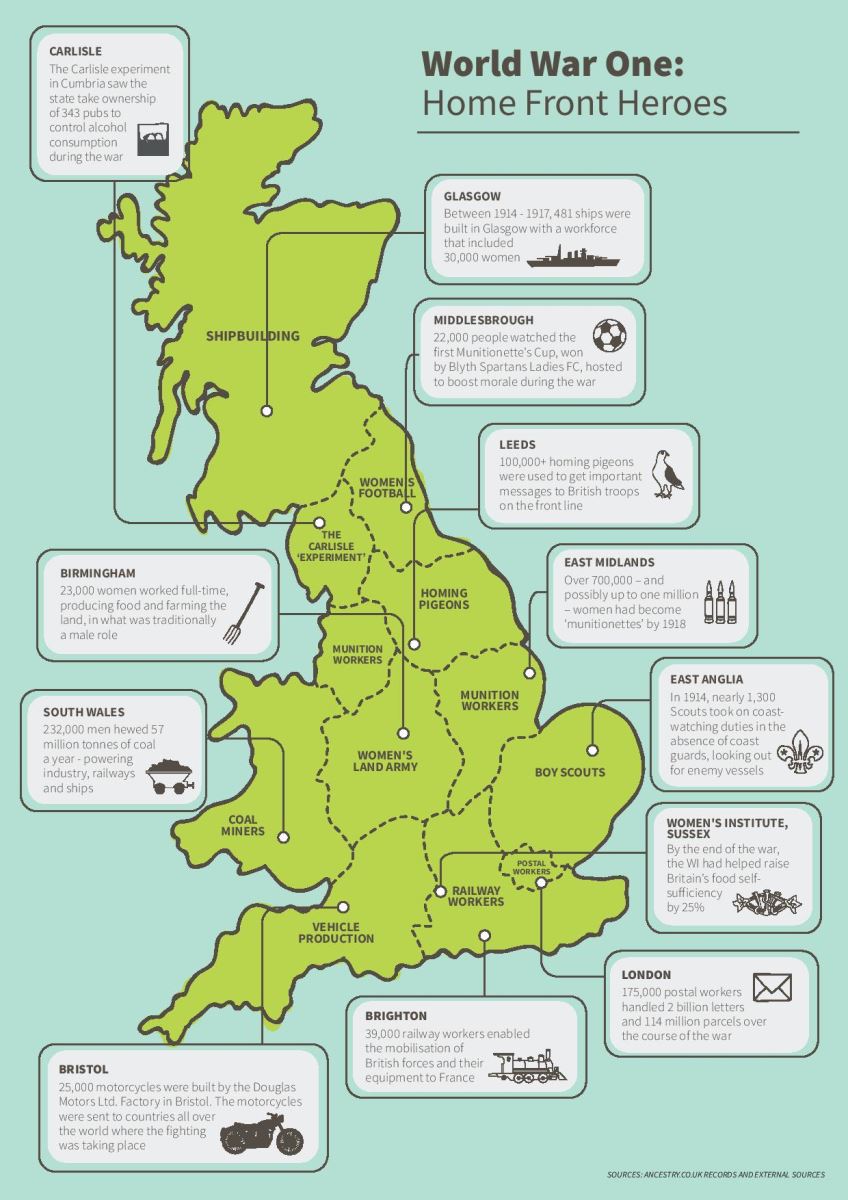 World War I on the home front

This week, Ancestry will reveal three commemorative plaques at Letchworth in Hertfordshire, Blaenavon in south Wales and Birmingham to remember over 1 million munitions workers, miners and Women’s Land Army who contributed enormously to the war effort. The plaques have been created by Sarah Arnett, the artist behind British Legion’s ‘Thank You 100’ project.
Bringing together Ancestry’s military records, censuses and other collections from the wartime period, expert genealogists have painted a picture of the home front, revealing and commemorating the locations where millions contributed to the war effort at home.
Russell James at Ancestry said: “The Centenary moment gives us the opportunity to reflect on the brave efforts of millions of people during the War, both on and off the battlefields. Ancestry’s wealth and diversity of historical records has allowed us to shine a light on the heroic home front efforts for the first time. We hope this will inspire more people to discover their ancestors’ roles in WWI in the run up to this milestone anniversary.”
The map reveals numerous contributions from across the country:

Normally available only to Ancestry members, all UK and Irish wartime records will be free to access from 8th – 12th November 2018 at the Ancestry website.