Knights of the Realm and Commonwealth index - new from FindMyPast 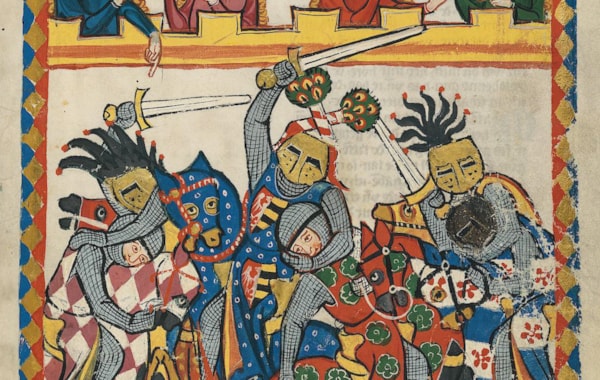 Knights of the Realm and Commonwealth index

Was your ancestor granted an order of chivalry? FindMyPast has added a new tranche of records to its Knights of the Realm and Commonwealth index, that dates back to the twelfth century.

Was your ancestor granted an order of chivalry? FindMyPast has added a new tranche of records to its Knights of the Realm and Commonwealth index, that dates back to the twelfth century and continues to the present day, with updates twice a year as new Honours are announced.

Each result provides a transcript that includes the following information:

Origins of the collection

The Knights of the Realm and Commonwealth index is the work of Colin Parry and has been forty years in the making. Using Shaw’s The Knights of England (1906) and Metcalfe’s Book of Knights (1885) Colin set out to discover how many knights were created in each century. The indexing work began in the 1970s and as well as names, included the type of knighthood or order of chivalry and the reason it was granted.

Colin has been able to confirm some knighthoods predating the 16th century, which has led to the inclusion of several hundred pre-1500 knights in the database. Research continues and pre-1500 entries will continue to grow with future updates to this database. For example, included in the collection with the January 2017 update, there are now more than 1,400 knights listed with their first awards dated prior to 1500, of which 120 are even before 1300 and include a very few who took part in the Battle of Hastings in 1066.

Some difficulties with the work should be noted, most pressing being the variations in the spelling of names, which has led to some confusion regarding potential duplicates. Some individuals, particularly Indian recipients, were listed by titles, such as Bahadur, as well as by names. In some cases, British knights changed their surnames. In such cases, those knights are listed under the name they held when they received their first award.