Valuation Rolls for Scotland for 1915-1916 have gone online at ScotlandsPeople.gov.uk, offering a fascinating snapshot of Scotlan

Valuation Rolls for Scotland for 1915-1916 have gone online at ScotlandsPeople.gov.uk, offering a fascinating snapshot of Scotland during the First World War.

For the first time, family historians can view images of entries in the rolls, which are fully searchable by name or address.

The rolls record the names of owners, tenants and occupiers of each property, unlike the full lists of family members to be found in the censuses. Usually the named person is the head of the household, but sometimes a husband and wife might be listed. Frequently, the wife is the named tenant of rented property.

The Valuation Rolls were created so that the authorities could set local rates. The purpose was to assess property by its annual rental value. This was either the value of the rent paid by the tenant, or a notional rental value if the owner occupied their own property. The burgh and county assessors did not list properties individually that were worth below £4 annual rental value.

Registrar General and Keeper of the Records, George MacKenzie, said: 'These new details about property owners and tenants will be invaluable for people researching the history of their family, their house, or their local area. The rolls are most useful alongside other records, especially the census and statutory registers that are also on ScotlandsPeople.'

Every kind of dwelling can be found in the rolls, from crofts to castles, and they reflect the drift of people from rural areas into towns and cities, as well as the continuing industrialisation of Scotland. Working premises include shops, offices, factories, football stadiums, churches, cinemas, swimming baths, railways and even lighthouses.

The Valuation Rolls are also available at the ScotlandsPeople Centre in Edinburgh. 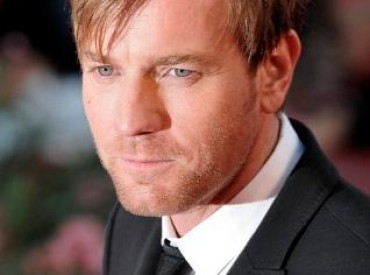 Families of several famous Scots can be found in the Valuation Rolls. As an example, Scottish actor Ewan MacGregor's paternal great-grandparents were John McIndoe and Mary McIndoe. In 1911 John McIndoe, whose original name was Juan, was Chancellor of the Chilean Consulate in Glasgow, and the 1911 Census reveals that he was born in Chile in about 1884. (His father was Robert McIndoe, a civil engineer, one of many expatriate Scots working in South America.) By 1915 John McIndoe, and his wife Mary, had moved out of the home they had shared with Mary's mother, Isabella Clark, and moved to 10 Jedburgh Garden, Glasgow. For whatever purpose Mary F McIndoe is listed as the occupier of this property not her husband John.