Tunnel: The archaeology of Crossrail

500 objects are on display, exploring 8,000 years of human history and revealing the stories of Londoners, ranging from Mesolithic tool makers and inhabitants of Roman Londinium to those affected by the Great Plague of 1665.

Finds were discovered in locations across the London region, including suburban Plumstead in the south east, through Canary Wharf, across to Liverpool Street, Tottenham Court Road and ending in Westbourne Park and Acton. 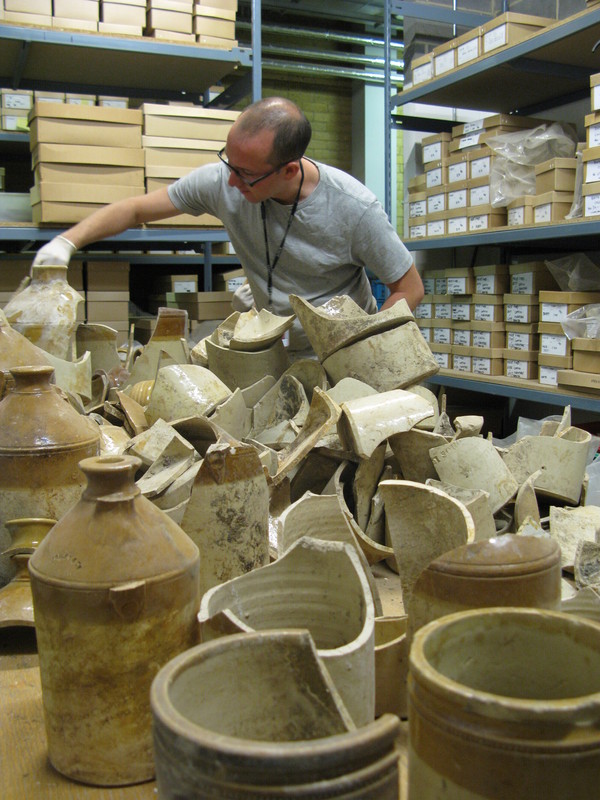 • A Victorian chamber pot found near Stepney Green
• Human remains found near Liverpool Street on the site of the New Churchyard, also known as the Old Bethlehem Burying Ground, or Bedlam. A mass grave was uncovered containing 42 individuals
• Roman copper alloy medallion found at the excavations at Liverpool Street. In Roman times the site lay on the eastern bank of the Walbrook. This copper-alloy object looks like a coin but is actually a rare medallion of the Emperor Philip I
• Crosse and Blackwell jars(pictured) found near Tottenham Court Road

Jay Carver, lead archaeologist at Crossrail, said: 'The construction of London’s newest railway, underneath the streets of one of Europe’s most historic and complex cities, has resulted in one of Britain’s biggest archaeology programmes. For the very first time a full range of artefacts and items will be on display together, letting us tell the story of people who have lived in the Capital for almost 10,000 years.'

For more on the exhibition, visit the Museum of London Docklands website. Tunnel: The Archaeology of Crossrail is on display from 10 February to 3 September 2017.