The Secret History of My Family 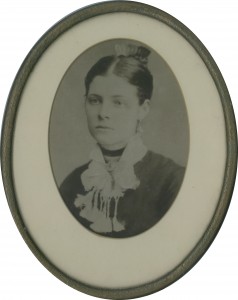 Sarah Eliza Gadbury – sentenced to 7 years transportation for stealing in 1837. The main photo above shows descendants of Sarah and her sister Caroline, who was also transported to Australia in the 1830s for stealing, at a reunion in Sydney.

'The Secret History Of My Family' starts tonight at 8pm on BBC2.

The culmination of a two-year research project by BBC Documentaries, this four-part series gives a breakthrough insight into social mobility and stagnation over the past 200 years.

Victorian working class Britain was a labyrinth of destitution, street crime, gang warfare, drink addiction and welfare dependency. Into this ‘dark continent’ came an army of upper-class missionaries to study and help the families they found. On their expeditions into the slums, these do-gooders came face-to-face with Britain’s outcast and unrecorded.

Using the upper-class slum-tourists’ written accounts of their meetings with the underclass, BBC Two has now traced the descendants of both the rich and poor, from Victorian times all the way down to the present day, to find out what happened to the families that history forgot.

In a story told by the descendants themselves, family members describe the ‘ancestral echoes’ that have shaped their personalities and steered their family journeys through history. Are we as socially mobile as we think, or have families been stuck in the same social rank for 200 years? Are you as an individual responsible for your own achievements, or were you shaped by the legacy of your forebears? Are there ghosts in the nursery, linking all of us to our ancestors?

Q&A with Joseph Bullman, creator of 'The Secret History Of My Family'

Where did the idea for The Secret History of My Family come from?

A couple of years ago, I made a series for the BBC called 'The Secret History Of Our Streets'. Each episode was the history of a single London street. We dug down into the history of single streets and found that each one somehow became the history of our nation.

Later, I wondered whether the same would be true for families. I came across a series of cases where upper class Victorians would go ‘slumming’ - expeditions into what they called the ‘Dark Continent’ of working class Britain, where they came face to face with the slum dwellers. They were ‘upstairs-downstairs’ encounters between people from opposite ends of the Victorian social scale.

We thought, I wonder what happened to their descendants, and that’s where we got the idea. Taking each encounter as the start-point, we ‘forward-traced’ both families, from opposite ends of the social scale, from Victorian times all the way down to the present day. So each of the films are a family saga, as an archetypal British family makes its journey through history. They’re the families that history forgot.

How did you trace the families?

It was a huge research task. It took a dedicated team of BBC researchers two years. We would start in the past, and slowly work our way down the generations to the present day, eventually arriving at the living descendants. Most people don’t know much about their families beyond the grandparents, so there would come a point where we’d have to turn up on people’s doorstep, to tell them we knew everything there was to know about their ancestors.

How did the families react to finding out about their ancestors?

Among the ancestors we had to tell the people about, there was a woman who’d thrown her toddler into the Thames, teenage girl pickpockets transported to Australia, violent gang leaders, a domestic abuse victim and an Edwardian benefit dependant. But the families seemed thrilled. It was obvious that every one of the ancestors had overcome incredible hardships and done what they had to do to make lives for their families. The living descendants were justifiably proud of what their ancestors had had to do in life, to give them the lives they have today.

What’s the most surprising thing you discovered?

We had some eerie experiences. During the research we’d build up a picture of some historical figure and feel like we’d got to know them. Then, we’d turn up on their descendant’s doorstep, to find a person who looked like some kind of reproduction of the ancestor. One of our family members called it ‘ghosts in the nursery’ - the startling truth that when you have kids you revert back to being your parents… and when your parents had kids, they reverted back to their parents… and so on.

There’s a family inheritance that links us all back into the far distant past. And if you think about your own character, there will have been people in your family past who were just exactly like you. As we told the families about their pasts, things they’d half-known about their parents' and their grandparents' lives began to make more sense. Family histories fell into context and people started to see their own lives in a different way. It became obvious that their own lives were a kind of gift from their ancestors. They often thanked them, for what they had done to make their lives today.

What did the family journeys tell you about Britain?

That if your ancestors were part of Britain’s elite in 1870, you’re probably still part of the elite today. And if your ancestors were slum dwellers in Victorian Britain, you’re more than likely to be a working class family still today. There are some amazing exceptions in the series, but overall, there’s been very little social mobility. The experiences of our families casts doubt that anyone from any background can get to the top of the social ladder.

Which experts appear in 'The Secret History of My Family' and who presents it?