Paul Street charts his quest to find out about the life of William David McKay, an immigrant to Australia, who was awarded the Albert Medal for his role in aiding the victim of a shark attack.

Paul Street charts his quest to find out about the life of William David McKay, an immigrant to Australia, who was awarded the Albert Medal for his role in aiding the victim of a shark attack.

In Australia, 26 January is known as Australia Day, but back in 1912 it was called ‘Anniversary Day’, commemorating the arrival of the First Fleet at Sydney Cove in 1788.

So, on that Anniversary Day, a blacksmith named James Edward Morgan, aged 21, went for a picnic near ‘the Retreat’ on the Lane Cove River, Sydney, with his fiancee Miss Annie Grace Melle. Here Morgan met Alfred Barlow who was there with his friend William David McKay and their wives, who were on the jetty below the ‘Inebriates Home’.

They told Morgan that they had no swimming costumes but could rig up something. After lunch, Barlow and McKay went swimming and were joined by Morgan who, remembering that he still had his ring on, left them to hand it to his fiancee and then returned to them. Barlow asked Morgan if there was any danger from sharks as he was a bit nervous. Morgan replied, ‘No, I don’t think so, it is too far up’.

So they went on swimming. Barlow was making for an island out in the stream while Morgan was swimming downstream. Then suddenly Morgan cried out ‘Help, oh help. A shark has got me!'

McKay, who was not a good swimmer, dived off the jetty and swam to Morgan, supporting him in the water until Barlow reached them. Together, they managed to get the dying blacksmith to shore, where his fiancee, Mrs McKay and Barlow’s wife Sarah carried Morgan into the shade and covered him with rugs. A doctor was sent for but Morgan died before the doctor arrived. 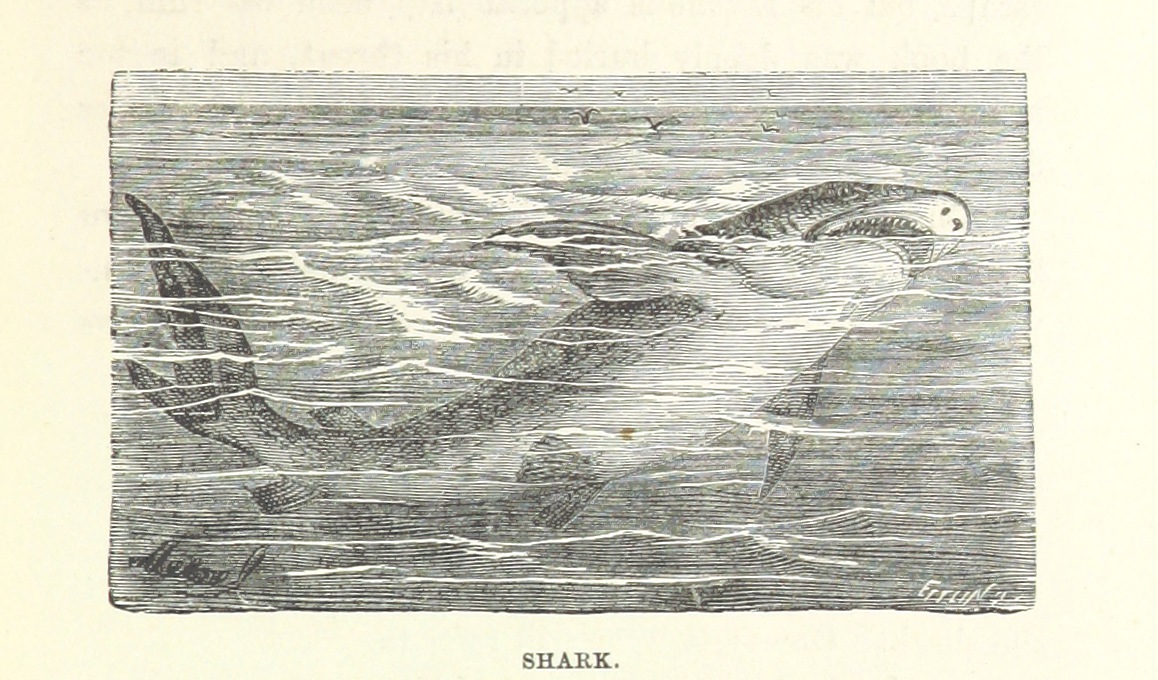 The next day, Morgan was buried in the Waverley Cemetery, Sydney. On 28 January a large grey shark was caught by local fishermen and human remains were found in its stomach. It was believed to be the shark that killed Morgan and was put on display to raise money for Morgan’s mother. Both Barlow and McKay were awarded Gold medals and Certificates of Merit by the Royal Shipwreck Relief and Humane Society of New South Wales.

Sadly, for the searcher, the award citations in the Society’s annual report don’t mention the recipient’s age, which would be useful in finding the recipient’s approximate birth date and to eliminate namesakes from the search. (Back to that later).

On 12 March 1913, after the official naming ceremony of Canberra, the federal capital of Australia, Lord Denman, the Governor-General of Australia presented to Barlow and McKay the Albert Medal – the highest civilian bravery award in the British Empire.

THE QUEST FOR WILLIAM DAVID MCKAY

According to his great-granddaughter Elice Green, Alfred Barlow was born in Salford, Manchester, in England on 10 January 1888, growing up in Lancashire and married his Sarah the day before they left Liverpool for Australia on the SS Dorset on 18 March 1911. After the birth of their second son, his wife was committed to a mental hospital in 1914, where Barlow continued to visit her until his death in North Sydney on 25 August 1948. His son Leslie sold his father’s medals after the death of his mother.

All that is known of William David McKay is, like Barlow, he was a young man who was a carpenter who came from Great Britain.

McKay was living in Sydney at 57 Hornsby Street, Rozelle, until 1913 – after than I could find no trace of him. On checking the BMD indexes of New South Wales and Victoria I found two William David McKays listed but both were born in Victoria, so are not the Albert Medallist. I believe that William David McKay, like many British emigrants to Australia, decided to return to the United Kingdom. In 1972 the British Government decided that any Albert Medallists who were alive in October 1971 would be considered holders of the George Cross – they could keep their original award or exchange it for the George Cross.

Some 68 Albert Medallists were known to be alive in 1971 but recently research has found five more who were in fact alive, but didn’t come forward to make the fact known. So was William David McKay still alive in October 1971?

The following list is of Albert Medallists whose dates of death are unknown, so could have been alive in October 1971:

The ranks given in this list are the recipient’s highest known rank and the units given are the ones in which the Albert Medallist was serving with when he won the medal. Anyone with information on William David McKay or the other Albert Medallists on this list, please e-mail me, or write to: Paul Street, 30 Baldwin Ave, Boronia 3155, Victoria, Australia.

Paul adds: 'It may interest you to know that when Heroes of the Albert Medal by Allan Stanistreet was published in 2002, it covered the 250 servicemen who won the Albert Medal who were not known to be alive in 1971. In the book, there are 110 entries with no information on the recipient's dates of birth and death. By searching the internet, I have since found the death dates of 20 Albert Medalists. Allan Stanistreet has since found three military Albert Medalists who were still alive in 1974 but didn't make the fact known, so they are now considered George Cross winners.

In 2015, the book More Heroes of the Albert Medal came out, covering the 322 civilians who were awarded the medal. Of these, the death dates of 98 are still unknown. The list of Albert Medalists which I have quoted above are the ones who were most likely to be still alive in October 1971, which was the cut off point to be considered a holder of the George Cross.