The sailing of the Mayflower Pilgrims - 400th anniversary 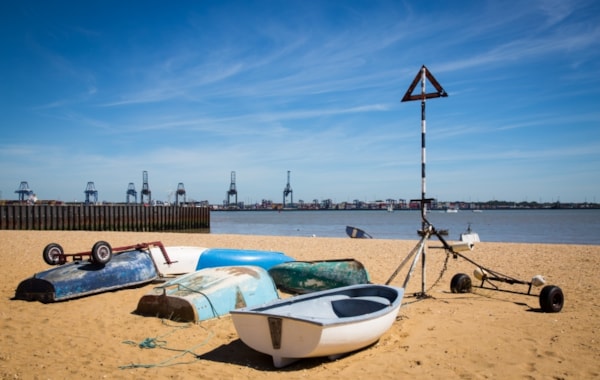 Make sure you’re up to speed with the Mayflower, as during the coming year you’re sure to hear a lot about the Mayflower and the commemorative international events - Mayflower400 - planned for its 400th anniversary.

The sailing of the Mayflower Pilgrims - 400th anniversary Images

Read on to learn about the Mayflower Pilgrims, their journey to the New World, and their 400-year legacy - Mayflower400. It’s the story of people fleeing religious persecution and escaping gaol. It’s the tale of people setting off on an adventure in search of better lives and work, many perishing in the process. It’s an epic journey that – now four centuries on – we can all still relate to.

Family Tree editor Helen Tovey gives some pointers to help you research and commemorate the 400th anniversary of the sailing of the Mayflower.

Whether you have a family connection to the Mayflower story, or are interested in the history of the Pilgrims, it is a chapter of the past that has enduring appeal down the generations.

Make sure you’re up to speed with the Mayflower, as during the coming year you’re sure to hear a lot about the Mayflower and the commemorative international events planned for its 400th anniversary.

England in the early 1600s was a tumultuous, even dangerous place to live, if you didn’t adhere to the strict religious climate and the over-arching power of the Established Church. Despite this climate of fear, with some members put on trial and imprisoned for their religious stance, some people continue to hold their values dear, meeting in secret, worshipping separately and discreetly.

As the years wore on, a number of people decided to stride out and seek a new place to live, and so the story of the Mayflower Pilgrims is born. Even at the time, leading Pilgrim William Bradford wrote, ‘We knew that we were pilgrims’.

With Separatist worshippers who had fled to Holland several years previously, and others from England, the Mayflower ship set sail on 16th September 1620. The journey was long and perilous but after 56 days they finally anchored in the New World.

The sea voyage was just the first chapter in the difficulties they had to overcome and by the end of that first winter half of the passengers and crew had perished.

Today, however, there are an estimated 35 million descendants of the Pilgrims worldwide.

See below for our Mayflower fact-file and to get ideas of places to visit to make your own Mayflower pilgrimage to significant places in the Mayflower story.

2020 marks the 400th anniversary of the historic voyage of the Mayflower ship from the UK to the ‘New World’ of America.

The anniversary will commemorate the story of the passengers and the crew who undertook the epic journey in search of liberty and a better life, and whose legacy includes an estimated 35 million descendants of Mayflower Pilgrims worldwide today.

The 400th anniversary commemorations will also remember and acknowledge the impact on the Wampanoag people.

There are an estimated 35million descendants of the Mayflower Pilgrims worldwide, they are invited to come and follow in the footsteps of their Pilgrim ancestors.

Places to visit on the Mayflower Pilgrim story

Visiting the places of related to historical events is an unbeatable way to time-travel back and get a real feel for the past. The following places are all significant in the Mayflower Pilgrim story.

Pilgrim Roots Region ­– The ‘Pilgrim Roots Region’ refers to key locations in Nottinghamshire, Lincolnshire and South Yorkshire in the Mayflower story. With ideals about a new way of life and a new religion, it was people from this region that decided to separate from the established Church – a decision that was against the law.

See the free downloadable guide for further details of places to visit www.pilgrimroots.co.uk/pilgrims-trail-2/ to take in places in the Pilgrim Roots Region.

Boston – It was in the cells of Boston Guildhall that the Separatists were held having been tried and deemed guilty of going against the Church.

Immingham – the Separatists travelled from Gainsborough to Immingham along the Trent by boat before sailing across to Holland from Killingholme Creek.

Leiden, Holland – Escaping religious persecution (and goal) the Pilgrims left Immingham, Lincolnshire, and arrived in Leiden, Holland, where they lived for 12 years. The story of their time in Holland is preserved in the Leiden American Pilgrim Museum.

Harwich – Double-claim to Mayflower fame: Harwich is believed to be the port where the Mayflower was built. It is also the home town of the Captain of the Mayflower, Christopher Jones. You can visit his home, and from the upstairs window, look across the street to the bedroom of his sweetheart, and future wife, Sara Twitt.

Rotherhithe, London – Rotherhithe was where Captain Jones and his crew lived, and set sail from in the Mayflower on the first leg of their journey, calling at Southampton to meet up with the Speedwell, which was travelling from Leiden.

Southampton – Here the Mayflower and the Speedwell set sail together around 5 August 1620, full of supplies and hope for the New World.

Dartmouth – Anchoring at Dartmouth, the two vessels moored here as the Speedwell was taking on a worrying amount of water.

Plymouth – Today you can stand on the Mayflower Steps in Plymouth and imagine the Pilgrims’ hopes, fears and goodbyes as they set sail, and in 2020 flagship museum ‘The Box’, complete with Mayflower displays, will open.

Dashed hope: About 200 miles off Land’s End is was decided to turn back as the Speedwell was deemed too dangerous to cross the Atlantic. Some of the Pilgrims all boarded the Mayflower, bound for the New World; others returned to Leiden.

No turning back: on 16 September 1620 the Mayflower set sail for the New World on an arduous journey. On 9 November they sighted Cape Cod and anchored two days later.

The Mayflower set sail with 102 passengers and an estimated crew of 30. Find details of those who sailed at https://www.mayflower400uk.org/education/mayflower-passengers-list-an-interactive-guide/

Many of the Mayflower Pilgrims had origins in the Pilgrim heartland (of Nottinghamshire, Lincolnshire, and South Yorkshire), and about a third of those on the ship had gone to Leiden.

Below are some key players and Mayflower family names to look out for:

Bradford, William – leading Mayflower Pilgrim, and Governor of Plymouth Colony, and author of ‘Of Plimouth Plantation’ (deemed to be the most complete account of the Pilgrims’ early years)

Jones, Christopher – Captain of the Mayflower

Find out more about Mayflower400

Get the app: Download the Mayflower 400 trails app, with self-guided walking and driving tours of the UK Mayflower locations

“One Small candle may light a thousand, so the light here kindled hath shone unto many”

QUICK LINK: To read more about the Mayflower and planning a Mayflower pilgrimage, click here