To mark the 100th birthday of female aviator Mary Ellis, we tell the story of the remarkable woman whose achievements make her one of Britain’s most successful female pilots.

To mark the 100th birthday of female aviator Mary Ellis, we tell the story of the remarkable woman whose achievements make her one of Britain’s most successful female pilots.

Destiny was calling excited schoolgirl Mary Wilkins when she leapt into an aircraft to take her first flight aged eight years old. Propped up with cushions in the cockpit of a DH60 Moth she couldn't stop smiling as the great aviator and Royal Flying Corps hero Alan Cobham taxied them across the grass.

That flight was to herald the future career of diminutive blonde-haired Mary who as a young woman would be seriously helping the war effort as a ferry pilot with the Air Transport Auxiliary.

From 1942 to 1946, Mary flew 400 Spitfires and 76 different types of aircraft including heavy bombers like the Wellington. By 1950 she had become one of the first women to fly a Meteor jet and was managing director at Sandown Airport on the Isle of Wight. Mary Wilkins was soon to be crowned Europe's first ever female air commandant.

Mary was born in a farmhouse in Leafield, on the Shipton Downs, Oxfordshire towards the end of World War One. The Royal Flying Corps was tremendously active in the county with military aircraft like the SE5, Sopwith Camel and Bristol Fighter flying in and out of airfields at nearby Bicester and Port Meadow.

It's no wonder the baby Mary Wilkins became arguably Britain's most successful aviatrix. There certainly was something in the Oxfordshire air at the time to suggest flying had got into her blood!

In 1937 Mary flew a BA Swallow aircraft and enjoyed taking to the skies of Oxfordshire at a time when flying was for pleasure and there were few rules or regulations to stifle the carefree attitude of the lucky aviator.

Mary's Logbook reveals she flew a Swallow on March 5, 1939. Weeks later when the dark clouds of war rumbled louder across Europe all civilian flying in Britain was banned. Only military aircraft roared about in preparation the defend the British nation against the might of the German Luftwaffe. 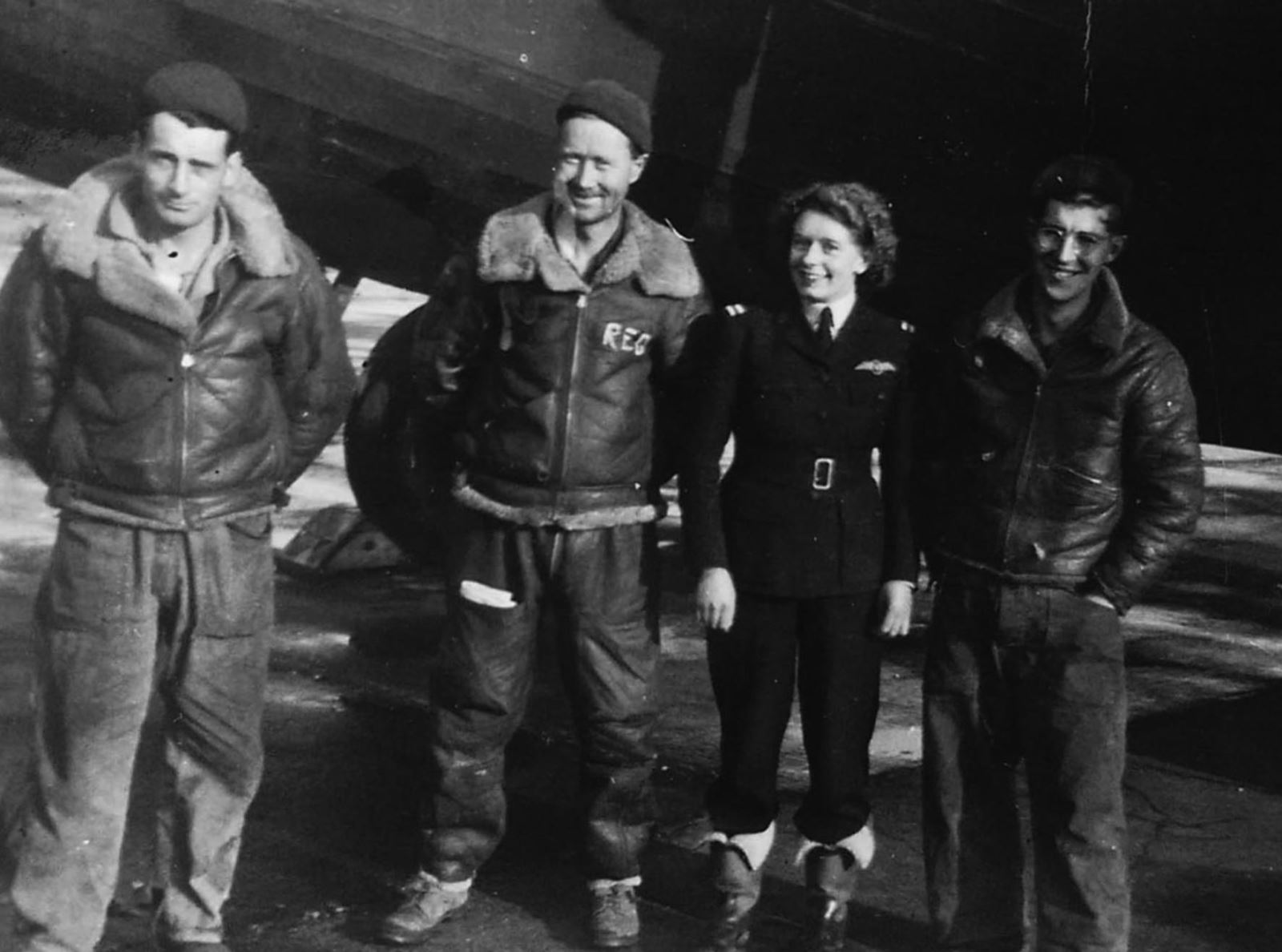 The young aviatrix was disappointed but she worked steadily on her father's farm never forgetting of course the joys of flight. Her instinct to get back in the air was strong.

However, in the August of 1939 as she regretfully came to terms with the notion she might never fly again for a long time, the idea for an Air Transport Auxiliary was well underway thanks to the determined efforts of young director of British Airways by the name of Gerard d'Erlanger or 'Pop' as he became known.

Initially the aim of the ATA was to ferry medical supplies, newspapers, mail and hospital patients about the country but by the time experienced aviatrix Pauline Mary de Peauly Gower (1910 – 1947) had formed the women's section in January 1940 the main job was to deliver military aircraft to and from needy RAF bases and Maintenance Units.

Looking back to 1941 and Mary describes the day she first heard about the ATA:  “One day in the early Autumn of that year I heard the BBC radio call for women pilots to join the recently formed Air Transport Auxiliary, she said. “The broadcaster said they were looking for women pilots with a current licence to apply if they wished to fly.

“I remember I was terribly excited and immediately wrote off, saying I loved flying and was dying to get back into the air. Although I was nervous, the interview on October 1, 1941 went well and I was asked to 'please report to Hatfield for a flying test'. I was overjoyed. Now of course I had to get my parents' permission, but I need not have worried, they gave me their blessing, so off I went to Hatfield a few weeks later.

“When I was invited for my flight test with the ATA it had been quite some time of course since I had last flown, and I was more than a bit worried as to what would happen... however I muttered a few prayers and hoped that I would not make a mess of the flight. The old Avro 504 I was to fly was quite unfamiliar to me, and my fears increased, but once I had settled into the cockpit and discovered all the knobs and handles etc, I began to enjoy myself.” 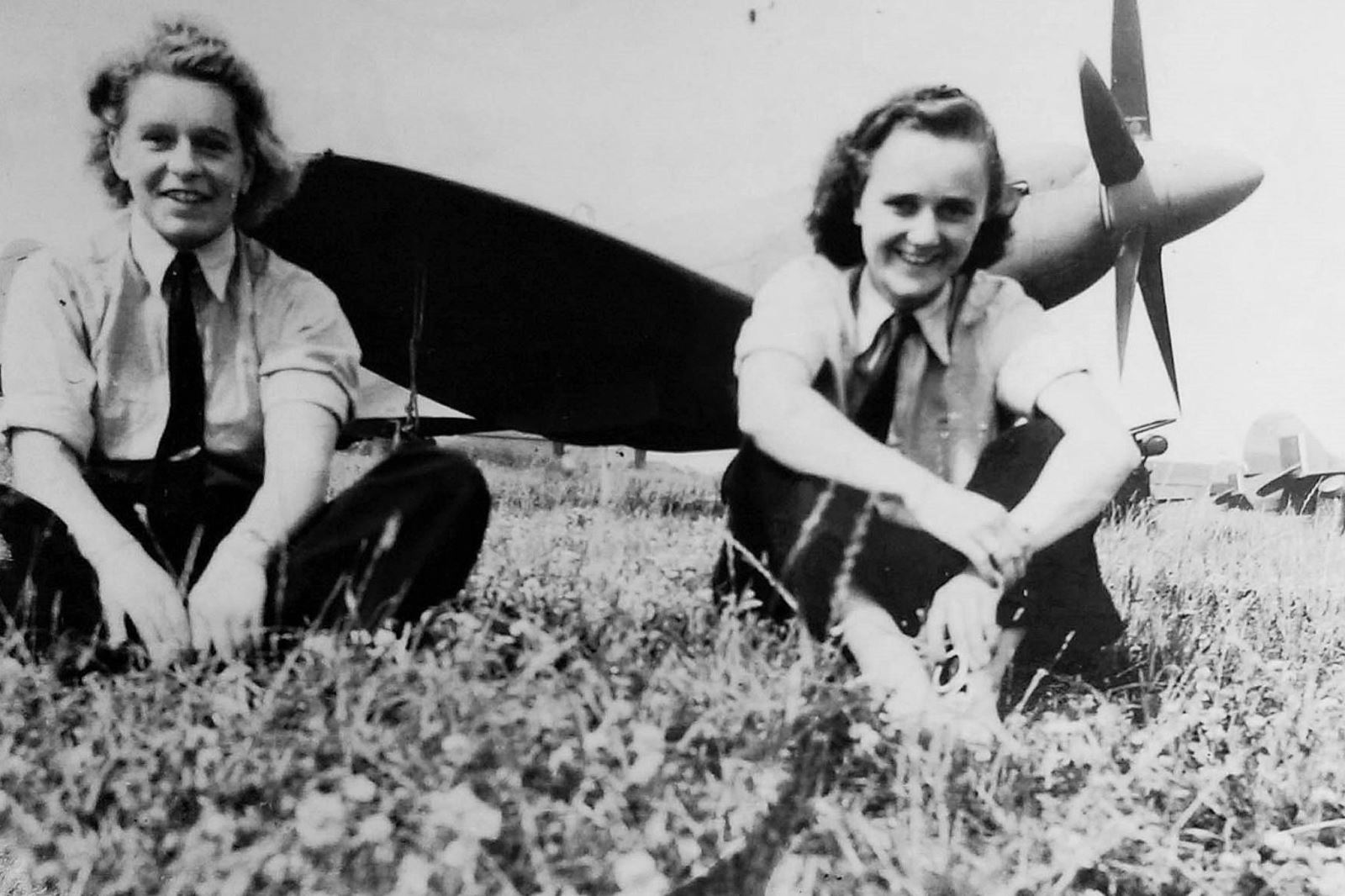 Having passed her test light, Mary was based at the all-women’s pool at Hamble, Hampshire. Sometimes, as her efficiently compiled Logbook of those years between 1941 and 1946 reveals, she could have up to four aircraft in a day to deliver, ranging from Spitfires to Tempests, Hudsons, or a twin-engine Airspeed Oxford. Also as one of the few women to qualify as a Class IV flyer she flew Wellington bombers and co-piloted Lancasters and other four- engine giants of the skies.

By November 1945 and with the war at an end, the ATA had wound up and Mary was invited to join the RAF to be among the first three women and former top ATA pilots to fly the new Meteor Jet. She says she was lucky to have had the chance to fly at speeds of more than 500mph.

Her career path was to remain in aviation and Mary landed a role with as a private chauffeur pilot for a businessman who eventually bought Sandown Airport on the Isle of Wight. Mary became managing director and built up a fine reputation for the airport by introducing passenger flights to and from Europe. Aviation was her life.

Today, she is a popular member of the Air Transport Auxiliary Association and takes part in many anniversary events. She has flown with Carolyn Grace in the famous original two-seater trainer Spitfire ML407 and last year during the Battle of Britain 75th anniversary she took to the skies again in the Boultbee Brothers' two-seater Spitfire SM520 and featured in the Channel 4 programme, Heroes of the Sky. 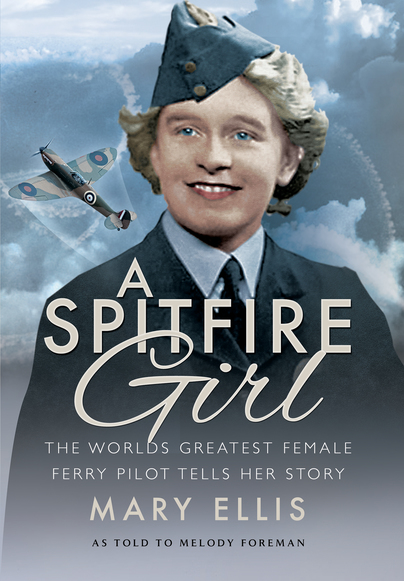 Mary, who is arguably the world's oldest Spitfire pilot, says: “I am so glad there are Spitfires and Hurricanes and so many iconic aircraft still flying today and they must continue to do so well into the future.

A Spitfire Girl: Mary Ellis The story of one of the world's greatest ATA female ferry pilots as told to Melody Foreman, is available now from Pen & Sword Books and all good bookshops. Price: £25. (Images from top: Eager for the Air! Mary in her new ATA uniform; Mary with three brave men of Bomber Command, standing next to a

Wellington; Flight Captain Joan Hughes and Mary on a summer ’s day with a Spitfire in the background.)