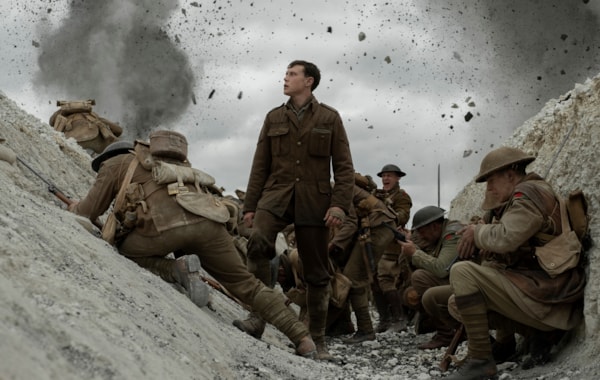 The cast and crew of the World War I film 1917 are supporting military charity campaign Walking Home For Christmas this December.

Sam Mendes calls on the public to join 'Walking Home For Christmas' campaign Images
Sam Mendes’ latest film 1917 centres on two young British soldiers who are given a seemingly impossible mission at the height of The First World War. In a race against time, they must cross enemy territory and deliver a message that will stop a deadly attack on hundreds of soldiers. Mendes is calling on the public to deliver a message of their own this Christmas as part of a campaign to raise money for current veterans and their families.
The director of Skyfall was inspired to make 1917 after conversations with his grandfather, so supporting a partnership with military charity Walking With The Wounded and their nationwide ‘Walking Home For Christmas’ fundraiser has a strong personal impact for him.
INSPIRING EXPERIENCES
Sam Mendes, who directed, produced and co-wrote 1917, said: “I care about our ex-military because my own grandfather fought in the war and it’s his experiences that inspired me to write and direct 1917. It shows the extraordinary things young men and women do and go through during wartime. Those experiences will impact their lives forever and especially at Christmas.
“While we’re not in conflict now, there are still too many ex-military who will be alone this Christmas. Troops who were involved in Northern Ireland, Bosnia, Iraq, Afghanistan, who are socially isolated and need support to get back into employment and independence. You can support by signing up to Walking Home For Christmas, creating a story of your own and walking to raise funds for those who have walked in far more dangerous places on behalf of us.”
CAMPAIGN LAUNCH
George Mackay and Dean-Charles Chapman, the lead actors from the film, will be joining the official launch of Walking Home For Christmas on 12 November as a precursor to walking down the red carpet for the Royal Film PerformanceTM and World Premiere of 1917 in December. The campaign invites anyone to register for free, receive a branded Santa hat and do a sponsored walk home or somewhere important to them anytime between 12 -22 December.
The event is aiming to support 400 ex-servicemen and women who are socially isolated, struggling with their mental health, homeless or caught in police custody – and get them back into employment and independence to ensure they can support themselves and their families next Christmas.
Ed Parker, CEO of Walking With The Wounded said: “We’re so grateful to Sam Mendes and the team behind 1917 for his and their involvement. People in the public eye throwing their support behind the campaign makes a huge difference to our outcomes supporting veterans who have little to look forward to this Christmas get back into a place where they can support themselves and their families next year.”
For more information or to pledge your support, visit the Walking Home for Christmas website.
​