Starting a research project of your own can sound a bit daunting: you might feel you don&rsquo;t have the expertise or the time.

Starting a research project of your own can sound a bit daunting: you might feel you don’t have the expertise or the time. However, in the interview below, researcher and author Simon Last shows how you can begin small and then work up towards something bigger. Simon Last’s three-year research has ensured that personal sacrifices made during both world wars will not be forgotten. His careful and thorough investigation of the local people named on war memorials has helped write an important part of the history of two nearby Suffolk towns, Framlingham and Aldeburgh, and he has now published three books and used them to raise a significant sum for charity. Interview by Simon Wills.

How did you get started with your war memorial project?

Simon Last: For my postgraduate certificate in genealogy we had to carry out a research project of community value. I picked 10 names from the Framlingham war memorial in Suffolk, where I grew up, and placed an article in the town magazine asking for information about them. The chair of the town council contacted me asking whether I would research all the First World War names, which I did, and I sold a book about it to raise money for the Royal British Legion. This led to me researching the Second World War Framlingham names, which I also published as a book.

After this project, you investigated the Aldeburgh memorial. How did that come about?

The East Anglian Daily Times ran articles about the Framlingham books, and as a result I was contacted by Lamorna Good. Her husband, Michael, had started researching the Aldeburgh War Memorial in 2006, but he had been sadly diagnosed with Alzheimer’s and was unable to finish the project. Lamorna asked if I would review Mike’s military research and add family details from census records etc to produce a book like my Framlingham ones. I agreed and the Aldeburgh First World War book was launched in March this year. Aldeburgh was different to Framlingham – being a coastal town there were far more Navy men on the memorial.

Were there individuals that you had difficulty finding, and how did you overcome this?

There were one or two names that were hard to trace, but I retrieved basic details for most from the Commonwealth War Graves Commission website and from this I ran newspaper articles, as well as coverage in the Suffolk Family History Journal, posted on Great War forums, searched all the names on Ancestry and Genes Reunited websites, and eventually discovered more details. I also joined the Western Front Association at WDYTYA Live in 2011 and regularly attend the monthly Southend Branch meetings.

What interesting stories did you uncover?

I discovered lots of interesting stories. Unusually, I found a woman on the Aldeburgh First World War memorial: Christina Jay was a nurse in the Royal Alexandra Nursing Corps who died at sea on a hospital ship. And one man on this memorial was shot down by the Red Baron.

Do you have any tips for other researchers on how to organise yourself and your data?

I used a large folder and put all the names in order of date of death. This was helpful as it helped to suggest the major battles in which men had died. An important tip is to carefully record the origins of information. You get so much data that you must do this methodically.

Did you manage to get in touch with relatives of anyone on either memorial?

I did make contact with descendants and some attended the book launches. The feedback has been really positive; relatives are pleased that their ancestor’s name will live on.

Has this research made you a better genealogist?

Yes. The research has given me a deeper understanding and appreciation of military and family life for the period 1900-1920. I’ve also learned to organise a very large amount of data, and how to publish. 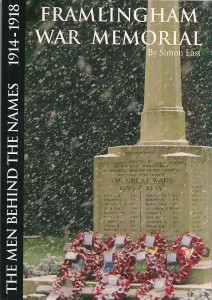 Simon Last’s book on the Framlingham men from WW1. 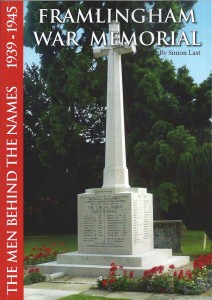 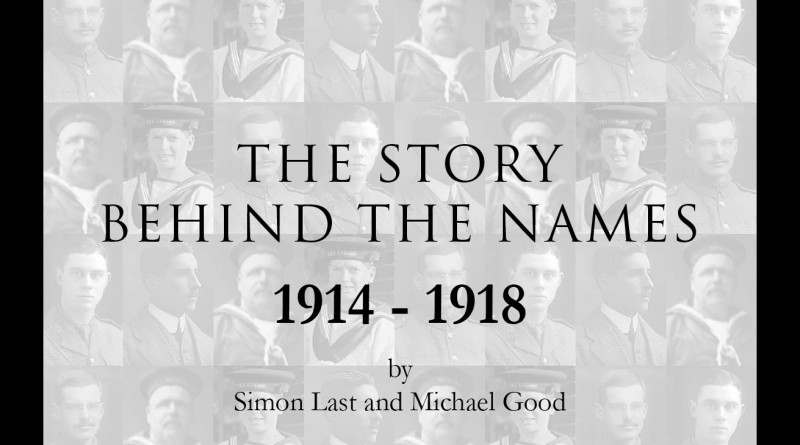 Simon’s book on the WW1 names on Aldeburgh’s war memorial.

How can people see your research for themselves?

The books are for sale locally, but people can email me if they’d like to buy copies: [email protected]