28 lots of 200 rare Russian books published in the 19th and early 20th centuries fetched £39,000 at auction through Dominic Winter Auctioneers.

28 lots of 200 rare Russian books published in the 19th and early 20th centuries fetched £39,000 at auction through Dominic Winter Auctioneers.

The collection, which belonged to Birmingham City University, was made available by Dominic Winter Auctioneers in South Cerney, Gloucestershire on Wednesday 14 June 2017. Proceeds from the sale will be reinvested in new learning resources for students at the UK University.

The collection was developed from the mid Victorian period to support art and design education provided by Birmingham City University in its various incorporations, notably Birmingham College of Art. The books are now being sold because they no longer have relevance to current learning, teaching or research at the University.

The set of six books was published with the Russian title ‘Drevnosti Rossiiskago Gosudarstva’ (‘Antiquities of the Russian Empire’) in Moscow between 1849 and 1853, with a smaller seventh volume of text appearing in Russian and French. 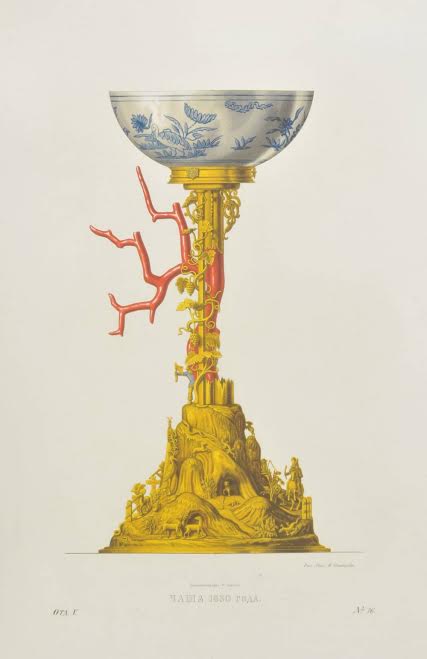 An interesting and varied collection

Before the auction, Chris Albury, Auctioneer and Senior Valuer for Dominic Winter Auctioneers said: “We’re delighted to be able to handle this prestigious sale. It’s a very interesting and varied collection which includes a number of rarities – the undoubted highlight being the sumptuously illustrated ‘Antiquities of the Russian Empire’, discovered in the collection, which we estimate will fetch £30,000 or more.

“This monumental, rare and influential work on Russian style contains over 500 large and vibrant chromolithographed plates of Russian artefacts including icons, crowns, costume, weapons and jewellery.

“What is remarkable and seemingly unique about the Birmingham City University copy is that it appears to have been issued in four volumes in 1892, using the 508 plates from the 1849-53 edition and incorporating an English title-page and English descriptions of the artefacts for the first time.

“Fortunately, the work has escaped unscathed from the potential damage of over 100 years of library usage and is in good condition. Bound in Victorian half-leather bindings this treasure-house of Russian art and design will be highly desirable on the open market.

“Only a modest 600 sets were published and even odd volumes and loose collections of plates from the work create considerable interest so we expect huge transatlantic international interest for this complete and unique ‘English language’ set.”

The auction catalogue for Dominic Winter’s Printed Books, Maps & Documents sale on Wednesday 14 June can be found on the auctioneers’ website. The Birmingham City University collection was represented by lots 513-539 (plus lot 359 offered in the Fine Art sale the following day). The Stroganov and Solntsev set can be found described as lot 536. There were no other Russian books in the collection which were mostly 19th and early 20th-century books on art and design in English, French and German. The rest of the books made a further £12,250 in line with the auction houses's estimates.