Queens of Industry is a new exhibition at Leeds Industrial Museum which opens on 3 November 2017 and tells the stories of the women elected to represent some of Britain's greatest industries.

Queens of Industry is a new exhibition at Leeds Industrial Museum which opens on 3 November 2017 and tells the stories of the women elected to represent some of Britain's greatest industries.

This largely untold story brings together the experiences of a group of young women in industry, many of whose lives were changed forever by becoming industry queens.

Industry queens were a 20th century phenomenon. The first Railway Queens were elected in the mid-1920s and the last Coal Queen elected in the early 1980s. The rituals and appearance of the queen competitions were strongly inspired by the Rose Queen and May Queens organised by villages and towns. From these small beginning, the queens of industry went on to represent their industry, county or nation.

The creative spark for the exhibition is the story of Doreen Kerfoot, a weaver from post-war Batley, Leeds, whose family were burnt out of their house during the Second World War. Doreen was selected to represent her industry in 1948 and also to play the lead in The Three Piece Suit, a film created by the Wool Industry as part of a recruitment drive aimed at young female workers. In the film, Doreen was portrayed as a symbol of the future and an antidote to post-war austerity.

In other industries, the first Cotton Queen had the chance to meet an ageing Lloyd George in 1930 and Railway Queen Audrey Mossom represented her industry on a visit to Russian where a special train was laid on for her to meet Soviet leader Joseph Stalin. 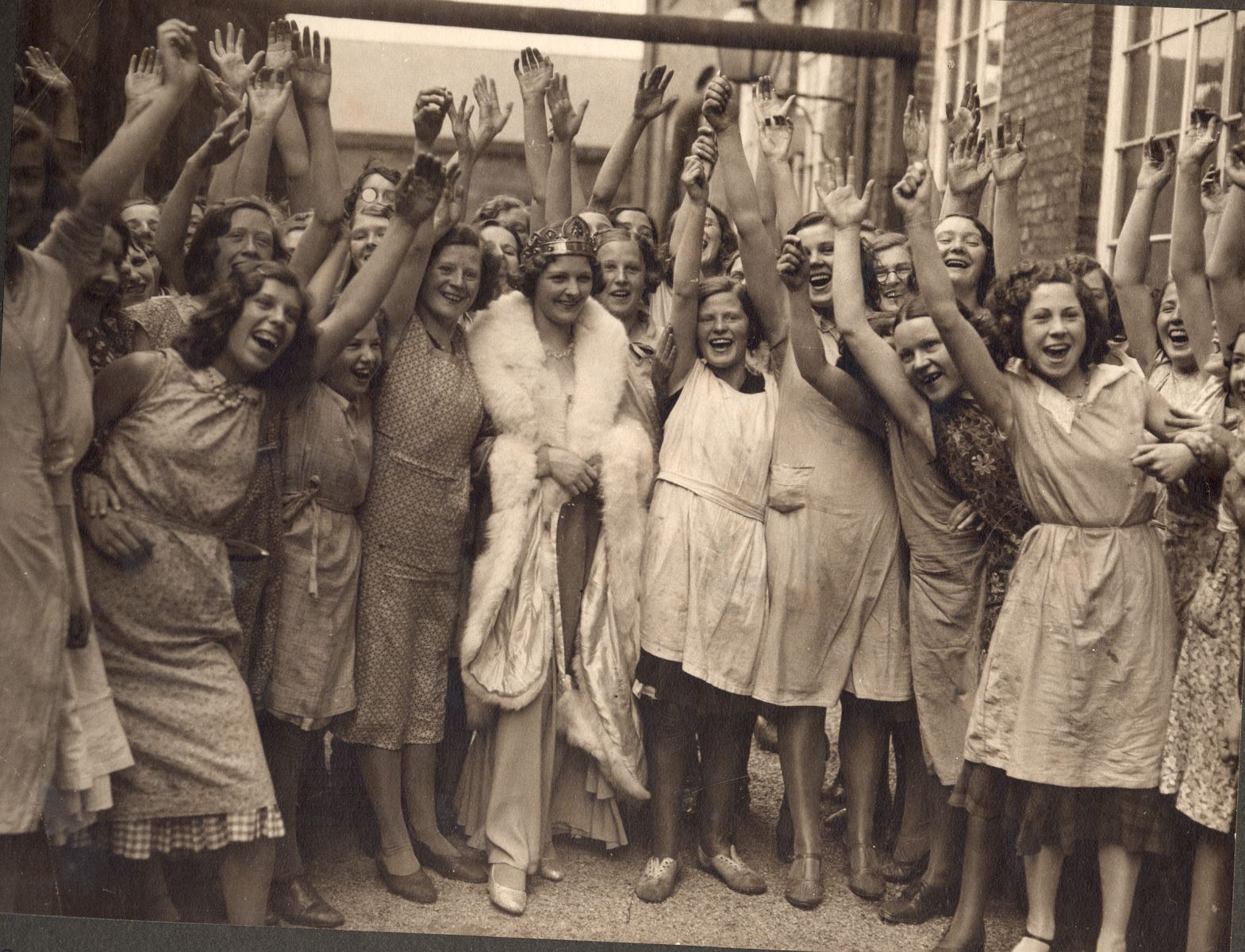 She also had the honour of switching on the Blackpool Illuminations, a privilege usually restricted to the very famous, wealthy or powerful. The Cotton Queens even had a waltz composed in their honour.

The exhibition will feature rarely seen objects from Leeds Museums and Galleries as well as loans from major UK museums and private collectors. A key aim for the exhibition is also to explore how women today experience working in industry and to record our contemporary female industrial history.