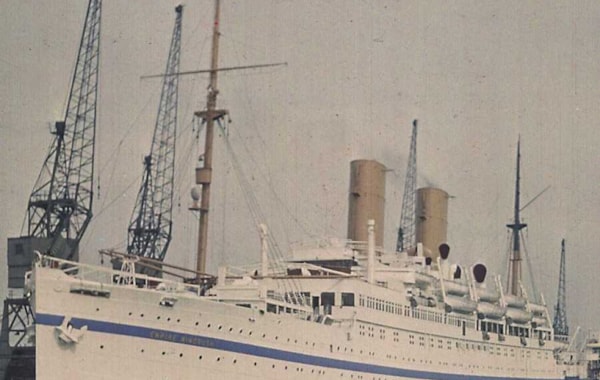 On 22 June 2020, the National Maritime Museum is marking Windrush Day with a series of online events to explore the history and importance of Windrush and what it means today.

Live panel discussions investigating the history of migration from the Caribbean will be available for visitors to engage with, as well as a special interview with artist Deanio X, who created a mural about the Windrush Scandal in Lewisham in 2018.

The diverse music and arts culture of Caribbean communities, which was brought to Britain by Windrush communities, will be celebrated through spoken word. A performance by Tatiana Ellis will be available to watch and a ‘how to create a spoken word’ guide published online, encouraging visitors to create poems inspired by Windrush.

For schools and home-schooling families, a Windrush Day learning will be available to help children reflect on the experience of the Windrush generation up to the present day using the National Maritime Museum’s collection. The pack will include downloadable documents with activities and links to supporting media, allowing children to explore the work of talented Black artists and make their own creative responses to this pivotal moment in British social history.

Collaborating with the Caribbean Social Forum and University of Greenwich, Windrush Day 2020 will bring together communities and different generations to honour the Windrush generation and their continued legacy.

The Empire Windrush was a passenger liner that travelled from Jamaica to Tilbury Docks in London, landing on 22 June 1948. It is most famous for bringing one of the first large groups of post-war West Indians to the United Kingdom.

After the Second World War, Britain encouraged immigration from Commonwealth countries, largely to help rebuild the country. The Windrush carried migrants who had been asked to come with the promise of employment and a fresh start and has come to encapsulate the post-war changing relationship between the British Empire and its commonwealth citizens.

Artist Deanio X created a mural about the Windrush Scandal. From Africa to the
Caribbean to Catford – A Great British Scandal originally appeared in Lewisham and
a digital version will be available on Windrush Day.

Windrush encapsulated a changing attitude towards commonwealth citizens after the
Second World War. This panel discussion will delve into the legislative changes on who
can call themselves a British citizen made from 1948 to today.

Register for this event here.

This panel discussion aims to dispel the myth that immigration in Britain from the
Caribbean "began" in 1948. Why has the HMT Empire Windrush become such an iconic
symbol and does this lead to a misunderstanding of migrant histories in Britain?

Register for this event here.