Men of Worth transcription project: call for volunteers 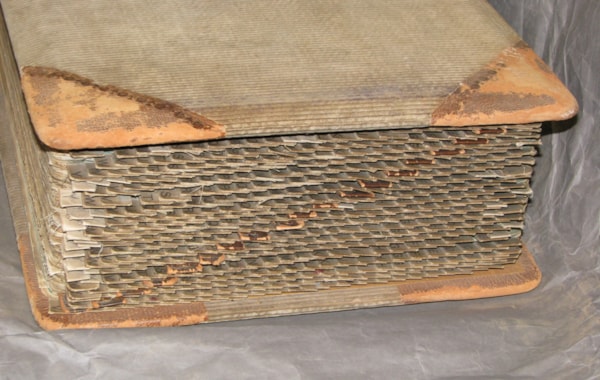 A project to transcribe the War Hospital Register of the Keighley War Hospital, West Yorkshire, has issued a call for volunteers.

The War Hospital Register archived at Keighley Library contains 13,214 names of servicemen who were treated there. It also contains the names of German prisoners of war who were being held locally and required treatment from time to time, notably from the influenza epidemic.

Keighley War Hospital at Morton Banks was originally The Morton Banks Fever Hospital and after local funds were raised, extra wards were built to turn it into a War Hospital. It opened in time to take some of the first casualties from the Battle of the Somme in July 1916 and continued until the end of the war.

Andy Wade, director of the project, said: ‘The register is a large heavy ledger file, with hundreds of pages sorted into twenty separate sections. These alphabetically sorted sections are arranged by regiment of the British Army from the Great War. For example, Cavalry is the first section, Royal Engineers and Artillery are in section two, all the Guards regiments are in section three, then the rest are sorted by regiment with the oldest ones first. There are more than one regiment in each section because there were so many of them.

'There are also sections containing Canadian, Australian and New Zealand soldiers who were treated here and the last section is for German prisoners of war from Skipton pow camp, who were in hospital with Influenza.

‘The entries were created between July 1916 and June 1919, and each soldier was registered when he arrived at the hospital, but he would have been placed in the relevant section, depending on which part of the Army he was serving with.

‘We are inviting people to take part in the transcription of this important archive. We have photographed all the pages of the register and we are hoping volunteers will take up the challenge of copying the entries into spreadsheets for us.

‘A copy of the digital version will be lodged with Keighley Library to complement the original register and hopefully reduce the need to keep handling the pages. It will also make it possible to search using a computer and produce instant results about the soldiers recorded in it.'

How to get involved

You can volunteer by getting in touch through the contact page form on the project website. Please put 'War Hospital Register' in the subject box. You will be then sent a link to page images in a Dropbox folder, where you can download them to your own computer.

There will also be an Open Office spreadsheet document which is a pre-prepared spreadsheet, for you to fill in the various columns with the details of each man in the register. You should be able to open this in Microsoft Excel if you prefer.

Project volunteers are doing free look-ups for anyone who may have a relative who was at the hospital between the dates mentioned above.