The discovery of a medieval tannery at Fountains Abbey in Yorkshire has surprised archaeologists by its industrial scale, a far-cry from the tranquil monastic community often imagined.

Cutting-edge technology used at the North Yorkshire site has revealed a ‘missing link’ in the search for key abbey buildings at the World Heritage site. The largest tannery yet discovered at a monastic site in Britain has revealed new evidence about the community of monks and lay brothers who lived there.

This latest ground penetrating radar, backed up with other geophysical survey methods, carried out in partnership with National Trust by the University of Bradford, Mala UK, Geoscan Research and Magnitude Surveys, has made unexpected discoveries of unknown monastic buildings filling the whole width of the valley floor of the World Heritage Site. 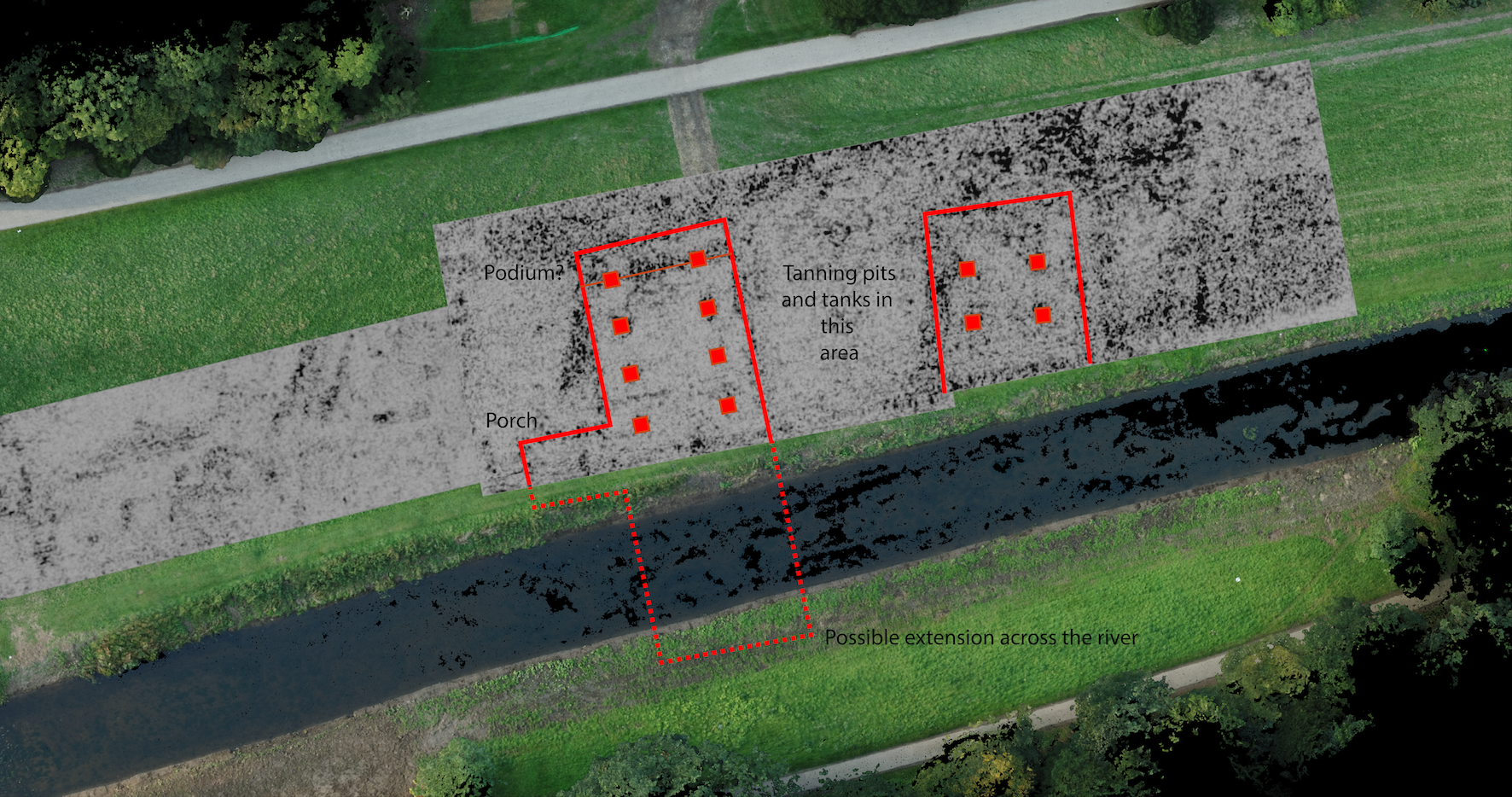 Close up on the tannery GPR Data highlighting the two substantial buildings found by the side of the River Skell (Credit: Visualising Heritage, University of Bradford)

What did archaeologists discover?

The find reveals two substantial stone buildings, 16 metres wide, one of them at least 32m long and more than a single storey in height, with lined pits, tanks and other structures around them. These, along with the proximity to the river for water – a key requirement for the tanning process – has led to the conclusion that this was the tannery serving the community of Fountains Abbey.

Mark Newman, National Trust archaeologist explained: “A tannery of this size, spanning such a large area of the site, reveals an operation on an industrial scale, meeting the needs for leather and other processed animal skins for the community of hundreds of people in the growing monastic community. Its scale also reflects an aspect of the productivity of the huge herds the abbey acquired and managed. 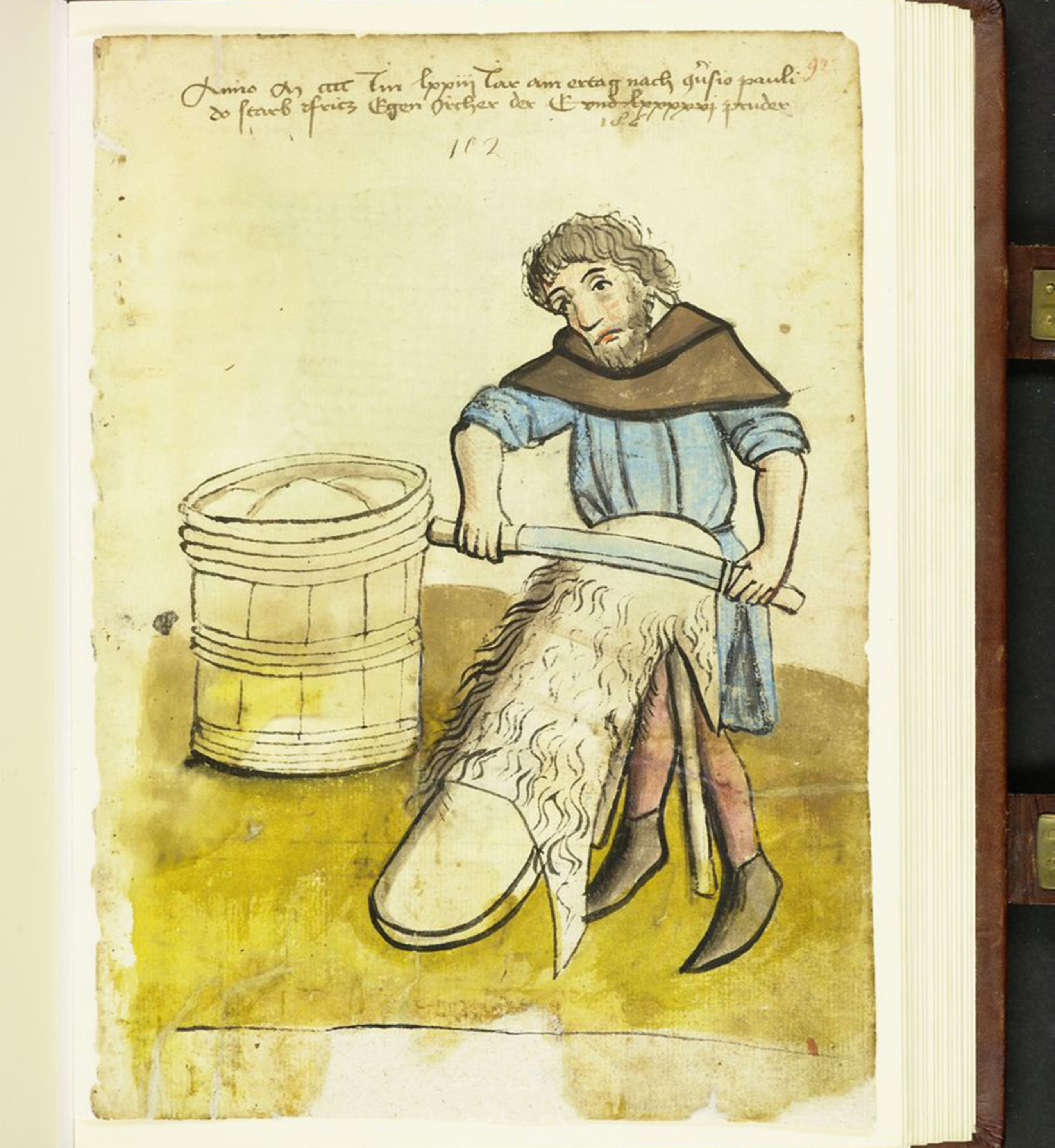 “Also, given the noise, activity and stench that emanated from a tannery, we previously thought that it would have been sited further away from the monks and their worship. We see now that the tannery was much closer and a far cry from the idea of a quiet, tranquil abbey community.

“Fountains is today an oasis of tranquillity but in twelfth and thirteenth centuries in particular, it was as busy and industrialised a piece of landscape as you would have found anywhere in Britain. The bulk of the abbey’s needs for food processing and working raw materials took place in structures set around the wider precinct.”

Hilary McGrady, Director-General of the National Trust says: “For much of the twentieth-century, many people believed there was no further archaeological research work to do at Fountains and that pretty much everything to be found had been found. The team’s work with University of Bradford and our other partners, shows the opposite – there is so much more still to discover there. Each project they undertake underlines the crucial importance of the sustained, innovative and imaginative conservation management of this World Heritage Site by National Trust and the English Heritage Trust.

“The discovery of the tannery buildings has provided a ‘missing link’ and represents some key named buildings the team wanted to identify on the site. But there’s plenty more to research and to fascinate visitors and supporters. The site faces so many modern pressures, not least from climate change, that it has never been more crucial to map where its archaeology survives and what it looks like, so we can continue to curate and care for it.”