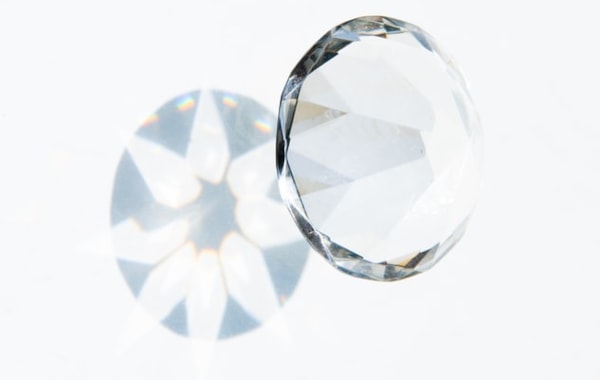 The Institute of Heraldic and Genealogical Studies (IHGS) has announced the start of its 60th anniversary celebrations with a week-long Zoom talk programme in February.

The talks are on the theme ‘The Past, the Present and the Future’ and will be delivered by IHGS graduates, tutors and students.

Visit the IHGS website for full details and to book.

Emma Jolly:
Emma’s talk will explore the concept of identity in family history research such as the motivations behind family history research, common expectations in genealogical investigations, as well as surprising consequences of examining the family tree. Sources explored will include traditional records of vital registration, as well as the census and more contemporary methods such as genetic genealogy. The talk will draw on (anonymised) case studies from Emma’s 14-year professional career as a genealogist, as well as tales from her own family tree.

Ann Ballard:
Ann is a member of the IHGS tutorial team and is the lead tutor for the IHGS heraldry courses. Ann will present a heraldic and genealogical journey starting in the West Country and travelling beyond the borders of Devon and Somerset.  She will refer to a number of Diamond families case studies to demonstrate the use of a wide variety of sources and solving some mysteries on the way.

Dr. Sophie Kay:
Sophie is a current IHGS student and will make a case for why maps should lie right at the heart of the genealogy research process. She will survey the types of map available to researchers and demonstrate how they can support sound critical thinking in family history investigations. The focus will be on two main mapping techniques. In the first Sophie will show how address data from residential and occupational locations can build a picture of an individual’s day-to-day network and to identify 'outlier points' which can indicate either an unusual story, or a case of mistaken identity. In the second method, she will take you on virtual “walks with our ancestors” in order to better understand the world in which they lived. As well as encouraging an integrated understanding of an individual within their local environment, this approach can also help in identifying new sources of information to pursue as we develop our impression of an ancestor’s narrative. Methods and resources will focus predominantly on the 19th and 20th centuries with examples from across England, although the techniques can be applied to earlier eras and other locations too.

Pam Smith:
Using an expanded approach to look at individual family and house history within a community involving case studies, oral history, reminiscence, maps and old postcards to reconstitute a Place. This talk suggests one method of capturing data, such as occupation, migration and mortality, enabling the researcher to position an ancestor within their contextual place. Pam is an IHGS graduate and co-founder of Name and Place.

Janet Few:
IHGS graduate Janet Few will describe the results of a project during which eighty women recorded their memories of life in Britain during the pivotal period 1946-1969 - a time when we moved from liberty bodices to mini-skirts and from ration books to ready meals. We saw the emergence of youth culture, the comprehensive education system, conspicuous consumerism, and feminism. Amongst other topics, the presentation encourages the audience to think about their childhood homes and their communities, clothes, schooling, housework, child-rearing and leisure activities. Either come to reminisce or discover what life was like at the time. This presentation is much more than just a collection of memories. The techniques and strategies described will help both men and women, of all ages, to start writing reminiscences of their own.

Margaret Gaffney:
Maggie is a professional genealogist based in Wellington, New Zealand and will present a talk based on newspapers. Finding a mention of your ancestor in a newspaper article can be a wonderful discovery. But can we trust what we read in print? How fake was the news? And do we want to uncover unpleasant details about our relatives? This talk focuses on where and how to find the stories about your family and their community, and how to sift the fact from the fiction, using what you find as a jumping off point into other records. Can you refute the fake news and confirm the truths?

Paul Carter:
Paul will discuss the benefits of publishing details of your family history research online, to a global audience. He will explore various options available and how to avoid potential pitfalls. In a practical demonstration, Paul will show you how to create your own website, using WordPress, and publish it online, as well as covering techniques to select and structure the content.

Cathy Soughton:
If you’ve been inspired by the BBC’s A House Through Time, then professional house historian and genealogist Cathy Soughton will show how to uncover the history of a property using some of the key documentary records available, and provide tips for discovering more about any home, irrespective of age. Case studies will be used to demonstrate how information can be compiled from various sources in order to piece together a history showing when a house may have been built, how it has changed over time, and who owned and lived there in the past. Cathy is a IHGS graduate and is also the secretary of the Association of Genealogists and Researchers in Archives (AGRA).

Judith Batchelor:
According to William Shakespeare’s character, Jaques, in “As you Like It”, there are seven stages of life.  Judith will be using these seven stages as a framework and timeline to encourage family historians to create a fuller picture of their ancestors’ lives. What record sources can be used to put together a complete life story of an ancestor? Are there gaps in your research that could be filled?

Judith worked for many years at IHGS as a member of staff and tutor.

Wendy Tait:
Wendy will recount the Battle of Bossenden Wood. The event, also known as the last rising of the agricultural labourers, took place just a few miles from Canterbury in May 1838. Villagers from Dunkirk, Boughton under Blean and Hernhill [in Kent], led by a convicted lunatic calling himself Sir William Courtenay, murdered the first British soldier to die under Victoria’s reign. Many of the rioters were closely related and this was thought to be a key factor in how and why these normally law-abiding people became involved. Wendy’s own ancestors were involved on both sides.

Wendy will explore a wide variety of published and unpublished sources, including records held at the Kent History and Library Centre and at The National Archives, to understand the background and context of the villagers’ lives. From there she follows some of the rioters who are recorded in the criminal records, to discover how their lives and the lives of their families were shaped by this battle.

Les Mitchinson:
Les will close the week's event with his light-hearted explanation of how he found Dora.  He bases his talk on family tales; stories that are recounted so often that they become the accepted truth. That is until the recipient of those stories becomes a genealogist and starts to unravel those truths. Finding Dora is a description of a genealogical journey that takes the researcher on a merry dance and has enough red herrings to fill an Agatha Christie novel.