Employees from Sheffield-based construction firm, Henry Boot Construction, have discovered a letter from 1938 whilst working at a site in Sheffield city centre.

The letter was found rolled up inside a small canister and lodged within a wall cavity at Bethel Chapel on Cambridge Street, which is currently under construction to become a new 15,000 sq ft live entertainment venue.

Dated around the beginning of the Second World War, the letter was written by the foreman of a former local plastering company, Bradbury & Sons – who were working on the site at the time.

Sheffield Archives has confirmed that Bethel Chapel closed in 1936 and the building was purchased in 1938 by George Binns, who relocated his clothing business ‘Outfitters’ from Moorhead. As part of the repurposing and renovation works, the small churchyard at the front was removed and a two-storey extension was added to the front of the chapel. This work was likely to be the project that the Bradbury & Sons plasterers worked on when they left their letter.

The letter lists all the names of the workers involved – who it states were all members of the Plasterers Union. The letter also notes “Boy Teddy” as the apprentice. Apprentices tended to start at the legal age of 14 at the time. 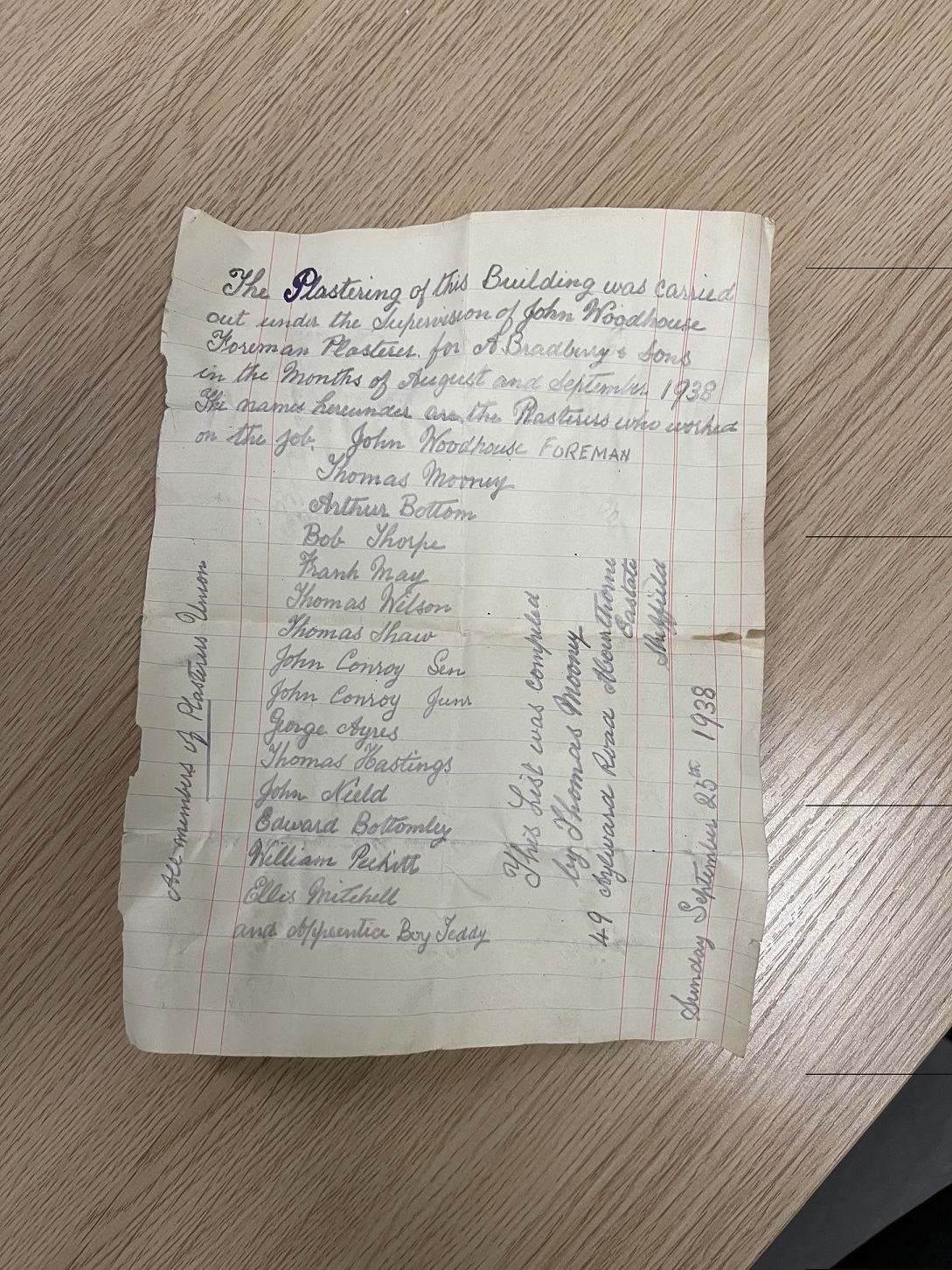 In a bid to create an evolving time capsule, the team at Henry Boot has written and added a letter of their own to the canister, which has now been placed back in the same wall. Henry Boot’s letter recorded the staff members working on the site today and as a direct nod to the original, the letter is signed by today’s Senior Site Supervisor Carl Gelder, and Harry Rodgers – one of the apprentices on site.

Ian Gresser, Operations Manager for Henry Boot Construction, said: 'At Henry Boot Construction we are extremely proud to be working on flagship projects in our home city and we always take our responsibility to protect any findings very seriously. To uncover an old letter or artifact is always an exciting moment, but it’s particularly special to find something directly linked to the construction industry.

'Much of the Heart of the City project is about protecting key heritage, particularly along Cambridge Street. So, adding our own letter to the capsule and contributing to the story of the area means a lot to the team.It’s nice to think that people may read our letter alongside the Bradbury & Sons letter in another 100 years-time.'